What a decade itâ€™s been already! This isnâ€™t going to be in depth, but hereâ€™s what Iâ€™ve been up to lately.

Ryan and I joined a social bowling league. It was just for fun, but once we started playing, our competitive sides came out 😃 I’ve been watching tons of YouTube videos and trying not to suck.

I’ve made a couple of friends in Philly, which is progress!

After a series of unfortunate events, we had to stage an intervention with our friend about her drinking problem. That was tough, but necessary. She’s been having a hard time in life, and trying to help her sort things out was starting to affect me. So I’m trying my best to be supportive but also keep a healthy emotional distance from the drama.

I got laid off at the end of January. Iâ€™m totally fine. Iâ€™ve been coding for fun again, which has been great.

Oh, we got solar installed. We now have roof access! The roof is unfinished but usable. Looking forward to hanging out up there once the weather warms up. 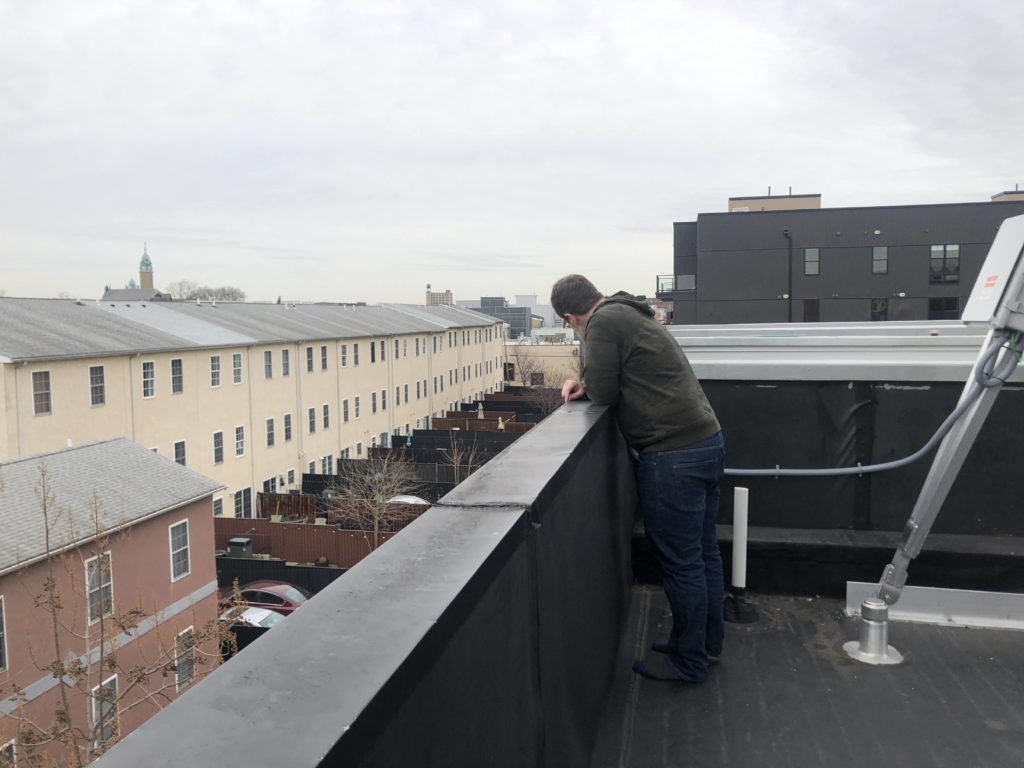 WHAT ELSE… OH YEAH CAT

As I detailed in my last post, I finally made my long time dream come true and adopted a cat. Heâ€™s really wonderful and sweet, but Iâ€™m having a hell of a time coming up with a nickname for him… Bogie has so many great nicknamesâ€¦ Bogu, Bud (his shelter name), Bogs, Bogie Butt, Mr. Butt, Bogie Smalls, Sir Bogingsworth of Buttingham Palaceâ€¦ but I just canâ€™t think of anything for Seymour. Itâ€™s such a serious name! Sy? Is that a nickname? Meh.

So I did my annual 30 days of yoga / vegan thing, and this time Iâ€™m trying to keep it up as best I can. Basically, I watched the pro-animal rights doc Dominion (voiceover by Joaquin Phoenix and friendsâ€¦), and that did it. If you want to go vegan, watch that doc. It will give you nightmares and make you sick.

Iâ€™ve always known that I wanted to stop eating meat, and I donâ€™t even like cow milk. But the eggsâ€¦ I was more wishy washy. Youâ€™re just taking an animal byproduct right? Is it a big deal?

Well, Iâ€™ll admit I never thought about the fate of the male chicks. What happens to them? There were plenty of visceral images in the doc, but watching piles of male chicks fall en masse into a whirring macerator to become dog food, or being gassed in little gas chambers was what stuck with me most. Seeing hens stuck living in their cramped cages next to decaying corpses melting into the ground, or falling below the cages and slowly dying of hunger trapped in piles of chicken poop… yeah…I donâ€™t like eggs THAT much. Factory farming is messed up.

That said, I want to be successful. So Iâ€™m trying for 90% vegan. Iâ€™ve had two meals in the past 2 months that had meat, which Iâ€™m fine with. And I’m still going to eat the many tins of canned fish I have in reserve. Thankfully Philly is actually really vegan-friendly (who knew?) so it’s not hard at all when out and about. And I’ve lost 5 lbs and my skin looks great, so maybe vanity will keep me going whenever I’m tempted.

Anyways, that’s it for me. Hopefully the next few months will be more calm, but we’ll see. 🙂