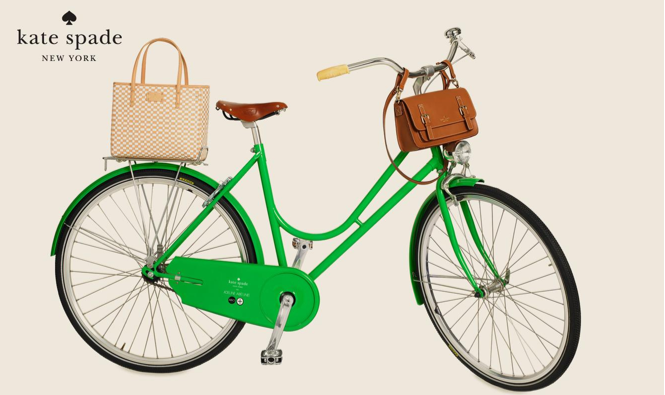 I think I first noticed it at the Gap. Public Bikes had set up a few bikes in the Gap on Powell + Market.

Then there was a striking orange bike in the window display of CB2, the Crate and Barrel offshoot. 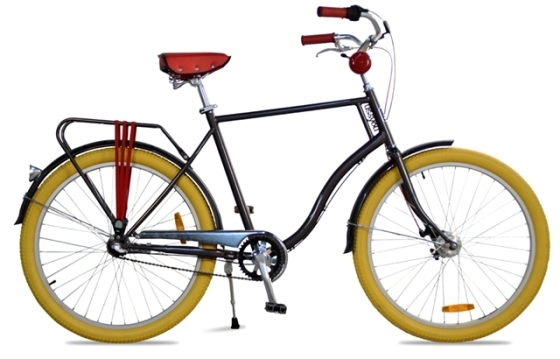 I said striking, not attractive. It’s a little too Ronald McDonald for me.

THEN there was the very green bike at Kate Spade.

Ooo it matches my satchel. Lovely, but not what I would want in a bike.

After a while it hit me- I thought to myself… Oh great… now bikes are in. Now that marketers have deemed it so bikes are cool again and are not just for poor or environmentally conscious people (I guess that’s how I would describe myself). Even pretty people with money can ride bikes now too.

Turns out I wasn’t going crazy, bikes are IN IN IN. The other day I heard a story on NPR’s Marketwatch that highlighted the trend of using cruiser/Dutch style bikes in retail displays. You know shit gets real when Marketwatch is all over it!

One thing that the story brought to my attention that I hadn’t considered before is that in some cases the bikes are specially designed in a collaboration between the bicycle manufacturer and the brands. Also you can buyÂ  the bikes in store! What?! It just hadn’t occurred to me before! Yes I want to buy a t-shirt, a couch, and a bike in the same shop! Yes! Yes! Yes!

I don’t think that Kate Spade/Gap/whatever are speaking to my values any more now than they were before, but I do support the side effects of being marketed to in this way. Bringing somewhat obscure bikemakers into the everyday retail world? Very cool.Encouraging the general public to ride a bike? Awesome. Celebrating beautiful bikes? Oh yes. 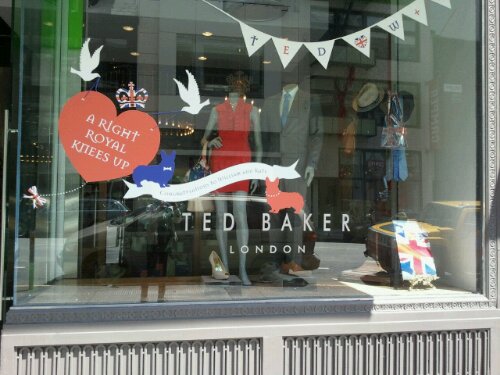 I definately do not have royal wedding fever but I do have royal Corgi fever. Love the celebratory signage at Ted Baker this week. Corgis with bowties and pearls. I am soÂ  predictable. 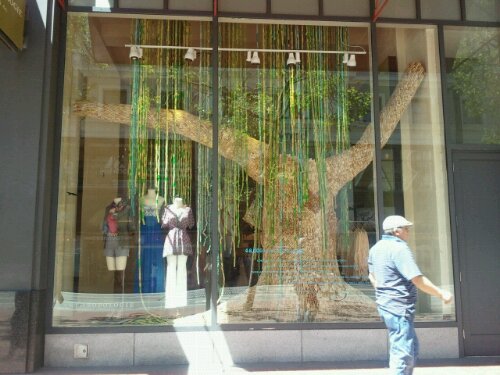 This month’s Anthropologie display is a forest scene made completely out of used (I hope) wine corks. Yes that entire weeping willow is made out of cork!

Here’s a closeup. It’s full of glare but you get the idea. Isn’t that awesome? I’m not a huge fan of Anthropologie’s clothes, but I always enjoy seeing how they outfit their windows. 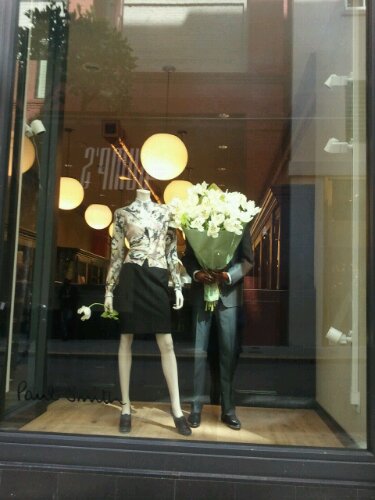 Really really love this one. I want a friend to bring me so many flowers I can’t see his or her face. Ah, but then where would I keep them? 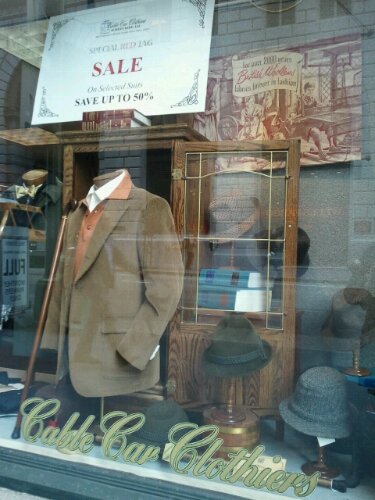 If I were a man…
If I were a richer woman… I would be all over this shop.