Back during my analyst days it was all about the reports. Daily reports, weekly reports, monthly reports, and of course, the big bad quarterly reports. Every April, July, October and January was a manic haze of work, stress and anxiety. I’ve left those days long behind me, but I still think about time in that way. It’s April, so Q1 is very much behind us. I don’t think I proclaimed any personal goals at the start of the year, but here’s what I’ve been up to lately.

Back in November I went to Mexico City and popped my crown out while flossing. I hadn’t been to the dentist in a year and a half since I didn’t have dental insurance while I was an apprentice, and then my dentist wasn’t covered by my work insurance, so I dragged my feet on finding a new dentist… With a broke tooth there was no way to procrastinate, and thus began four months of seeing the dentist pretty much every other week… I just checked my calendar, and I went to the dentist NINE times since December. Last week was my final dental appointment until my next cleaning, and it feels like such a relief. Now that I’m all done, I’m seriously babying my mouth now.Â  I’ve even stepped up and bought the trendy coconut floss my dentist recommended. It smells nice and supposedly coconut oil is antibacterial, but I haven’t noticed much of a difference. I mean, it’s floss.

I visited Jill in Atlanta in January. I had to work, so it was mostly a lot of just hanging out with nothing special in mind, but I still got to see a little bit of the city, and eat a little BBQ. I became obsessed with how incredibly low food costs were, and took to regularly texting photos of our restaurant bills to Ryan.

What else… not to knock Atlanta’s interest in Paul Thomas Anderson films, but there was NO ONE at all in the theater for a late screening of Phantom Thread. It was a treat being able to have an entire theater to ourselves. I found that when I watched the movie again at home in San Francisco, the audience laughed at different parts of the film. It gave me a different understanding of how you might interpret the movie. Some films are best seen with an audience, I suppose. Films like this include: action movies (Black Panther!), Tyler Perry and Quentin Tarantino movies, horror movies.Â  Films best watched alone: documentaries, dramas, John La Carre movies, romantic comedies. 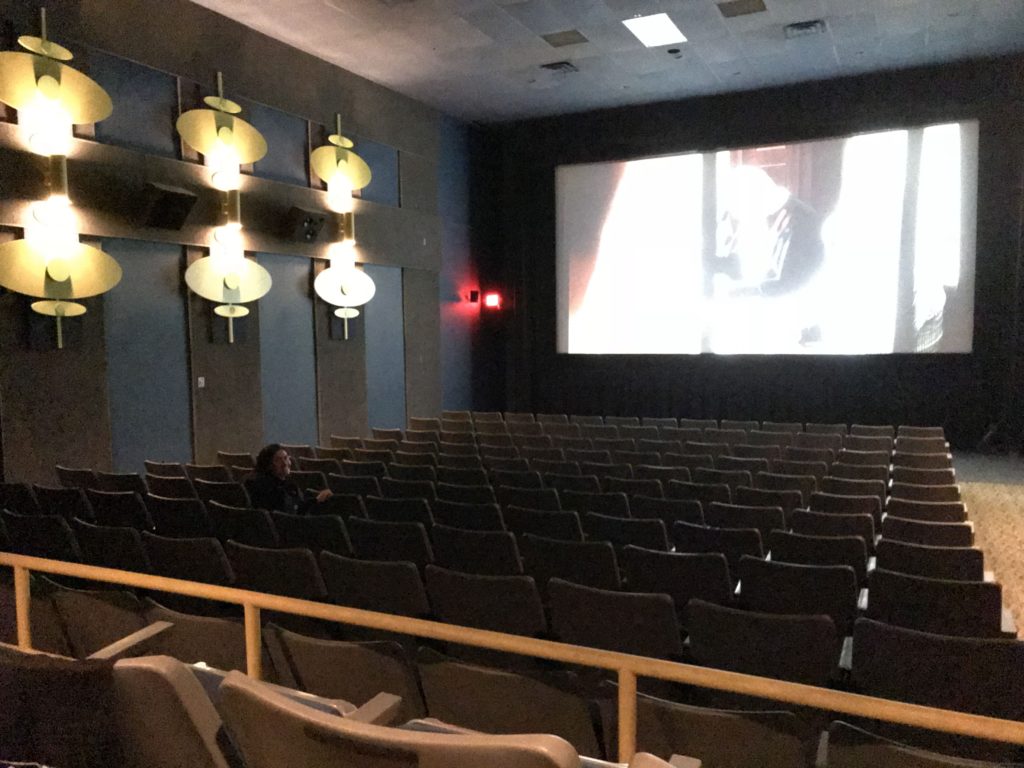 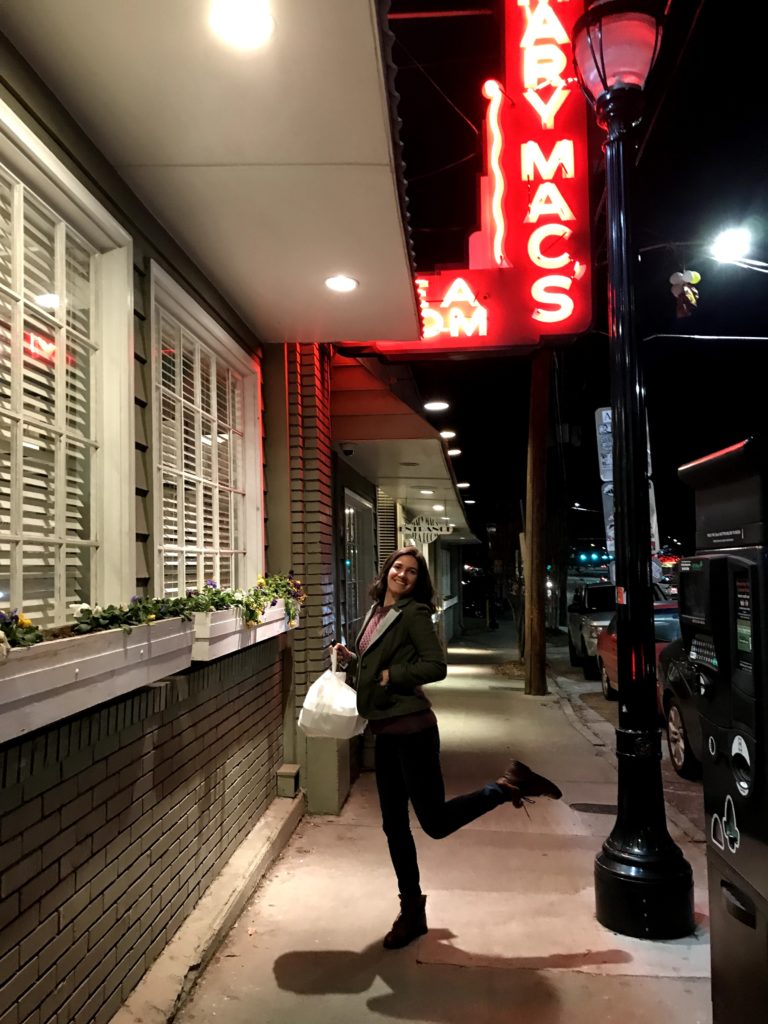 Speaking of movies, after many weeks and ZenDesk complaints, I finally got my MoviePass. Friends, it is everything they say it is. There are a few catches of course, but with San Francisco prices it’s totally worth it to sign up (9.95/month for a subscription that gives you one movie per day, while SF movie tickets run 10 – 16 dollars per movie).

Mom Visit (aka my mom runs away from her family too)

My mom visited for Chinese New Year in February. I had originally wanted to head down to Los Angeles to see the extended family, but she stressed that it would be a total mess. Instead, she wanted to head up to SF. I think she was probably right. Her visit was nice and laid back. We’ve been seeing each other a bit more often lately, and surprisingly, I think that has helped us to have more fun, since there isn’t as much pressure to cover all the big life questions. Of course this does mean that I debate the cost/benefits of purchasing a house every single time, but that’s unavoidable.Â 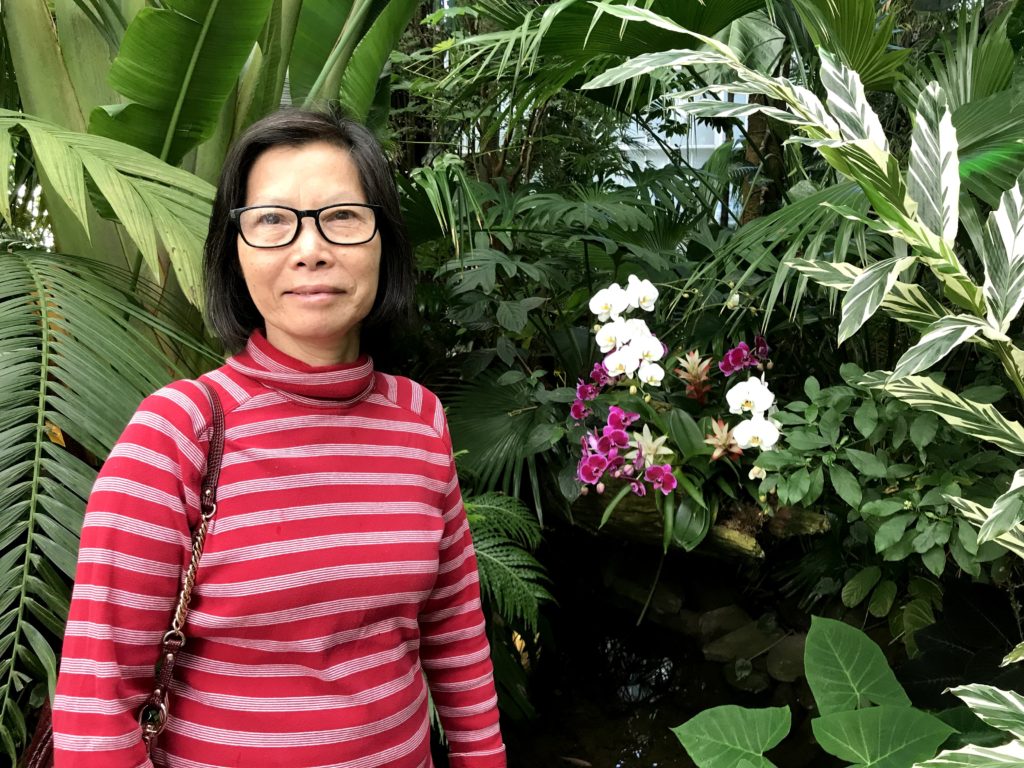 In January I got super obsessed with Call Me By Your Name. After watching the movie I had to read the book. I saw that the audiobook was narrated by Armie Hammer, so for about the fifth time, I started up an Audible subscription. Since then I’ve been listening to a ton more audiobooks. Most are from the library and through the excellent Libby app, but Audible’s frequent and generous sales have convinced me to stay a member. Favorites lately include: The Last Black Unicorn,Â  World War Z, Norse Mythology, Call the Midwife, and Ubik. I’ve actually been updating my books page!

February was kind of spendy, so I did a ‘no spend’ month for things that weren’t food or basics. Normally an ‘experiment’ like this would warrant its own blog post or two, but honestly I made it through without much hand-wringing. I replaced my headphones when they broke, that’s about it. Oh, and CocoFloss. LOL. It’s now the middle of April and I still haven’t bought any non-staples. I might go on through the end of the month. Now if I had to give up eating out, that would be a real challenge. 🙂

A friend of mine from school got a job as the program director for Mission Techies, a training program that helps minorities transition into a tech career. He needed some help planning content, so he asked if I could help out.

The thing that made the most sense from a time and resources standpoint was planning a site visit. I got the go-ahead from folks at work, and then all of a sudden I was planning a tour and a Q&A career panel for the students. If you know me, you might know that being the center of attention, public speaking, and event planning are all my least favorite things to do. I really wanted to help out though, so I pulled it together, and thankfully the event was a success! I’m planning to write about it more on my coding blog, but I’ve been lazy… 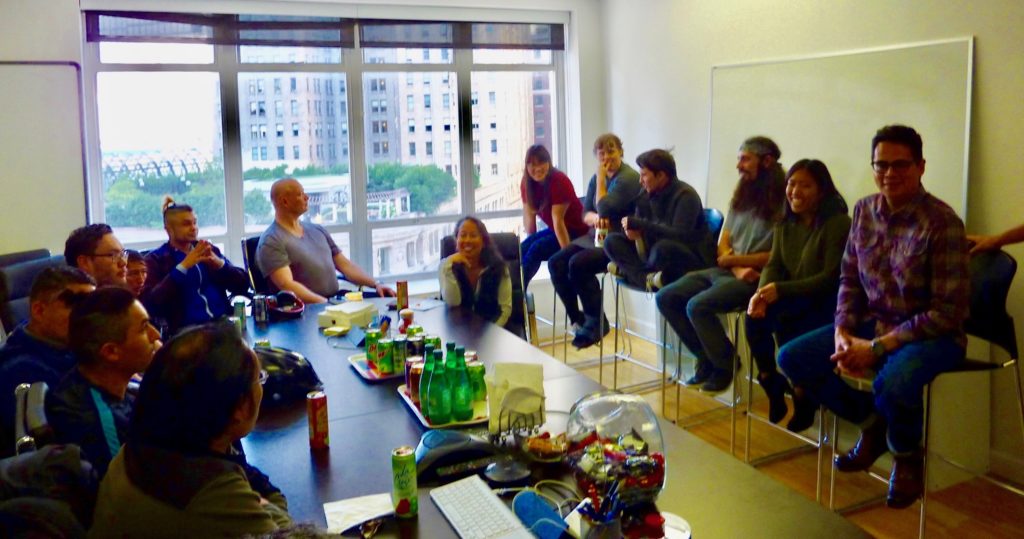 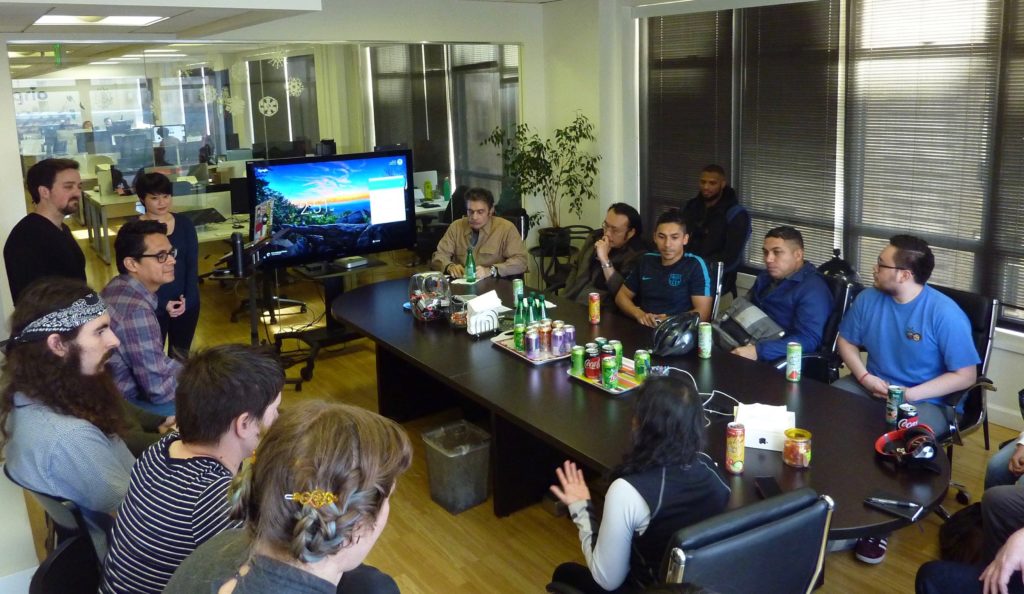 Let’s see… what else work-wise… I went to the ForwardJS JavaScript conference for the second time. I gave a talk about it at work, which was stressful, but went well. I’ve been debating this with friends – so public speaking is uncomfortable for me. Because I’m stressed out about it, I put in a ton of effort, rehearse, rewrite, etc. Then when I finally give the talk, it goes fine, maybe even great. I know they say you need to practice a lot to get good at things, but what if being stressed the fuck out is a key ingredient I need in order to perform decently? How terrible is that? Maybe next time I’ll try a little more improvisation.

Last year I felt like I fell out of touch with a lot of friends. I was just busy with work. I made a bit of an effort in January to see friends even when it wasn’t convenient (because really, going to Oakland is never convenient). From there, things have kept rolling steadily, and I’ve had a lot of fun weekends. Concerts, big steak dinners, Russian festivals, dance shows, clubs, bars. It feels good to be out and about again. 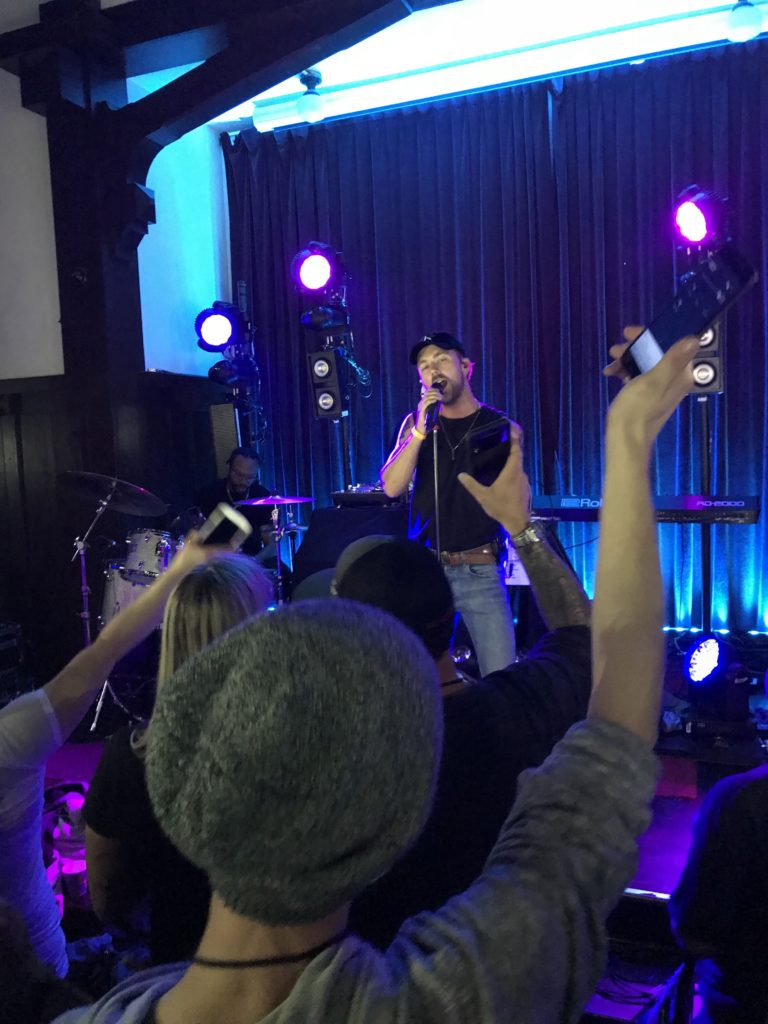 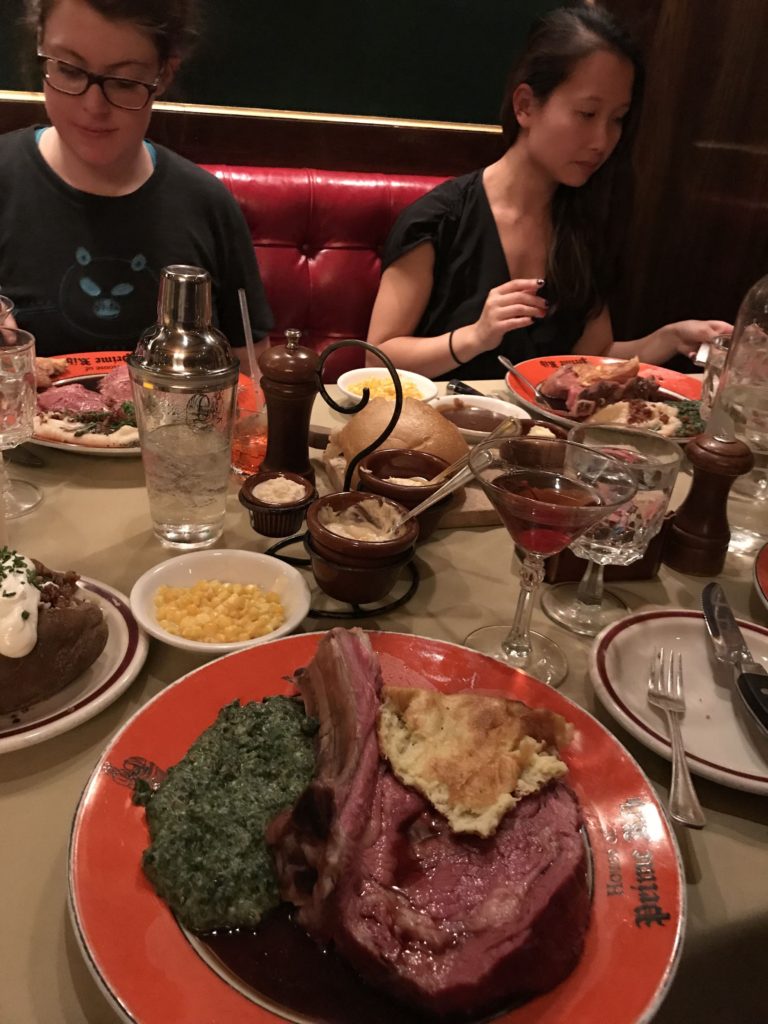 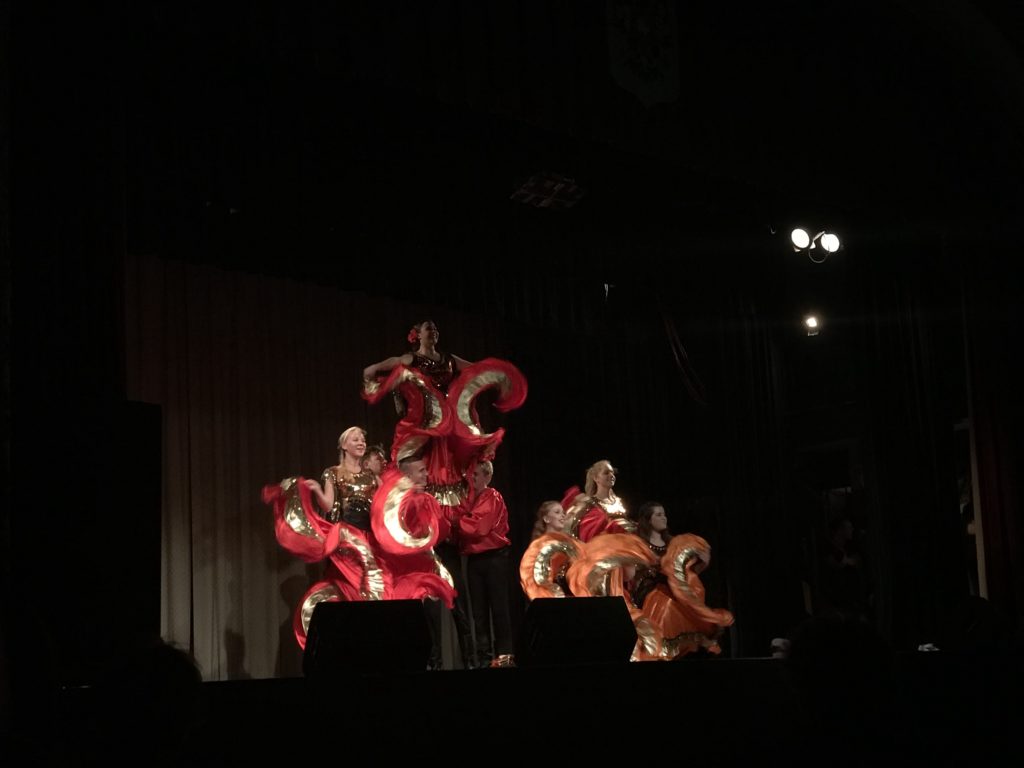 Anyways, that’s it for me. Later!