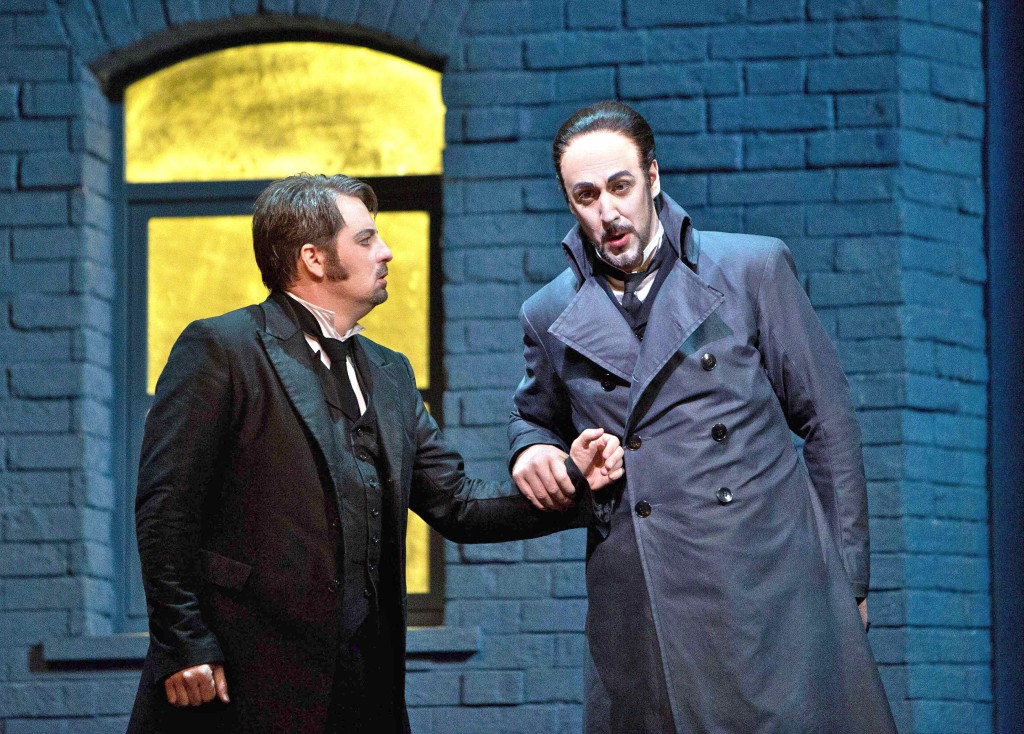 Normally I don’t think too much about which operas to see. I just see something that looks interesting enough and I’ll buy a ticket. Often the opera is an adaptation of something that I’m already interested in (The Bonesetter’s Daughter, Moby Dick), or is a classic that I feel like I HAVE to see.

When my friend Cindy first sent me a link to a “Yale/Harvard night at the opera”, The Tales of Hoffman didn’t really sound all that enticing. But months passed, and I kept encountering the banner ads for the show- on Divisadero street, on my ride to work. That picture of a haunted man followed me everywhere. And then the radio ads. Oh god, every day, several times a day.

When I finally decided to see the show, it was the last week of performance. I noticed that Cosi Fan Tutte (also advertised on NPR) was also in its last week. I hemmed, I hawed. Which to see? I couldn’t possibly see them both, could I?

This is one benefit of being an adult, I guess. Last week I treated myself by going to the opera twice (Monday and Wednesday). Cosi Fan Tutte is Mozart’s light and raunchy comedy about men wagering that their fiances won’t cheat on them while they pretend to be “away at war.”  Tales of Hoffman is Jacques Offenbach’s final opera, a dark reimagining of the writer E.T.A. Hoffman’s love life, based on his short stories. Offenbach was famous for his comedies, and this was a big change for him, but ironically, it’s now what he’s known for.

On the night of the first opera (the Mozart) I had dinner at the Boxing Room, a New Orleans style chi chi restaurant. Next to me  sat a wealthy older couple who were going to BOTH OPERAS I was going to! The same nights too! I asked for their opinion. The woman, who was the more avid opera fan had already seen both a few weeks earlier. She said that the singing for Cosi was lovely, but the set was shit. Oh. What about the Tales? Great music and performances, but she hated the set as well.

What the heck did that woman have against the sets??? I was a little annoyed, but still excited. Which would I like better? The humorous classic by the famous Mozart, or the goth tragedy by a composer I’d never heard of (but who apparently created the famous “can can” music)?

As it turns out, Mozart’s silly tale of love and the complexity of human nature was cute, but kind of a slog to get through. MY GOD IT SOUNDED SO MOZART. TOO.MUCH.HARPSICHORD. Also, the lady was right. The Monte Carlo based sets were total shit. It looked amateur. I felt tired and wondered if I could do another 3.5 hours a few days later.

There was no need to worry, because the Offenbach blew me away.  I would say that it must be seen, but you can’t since it’s over now. Hopefully they’ll play a recording of this particular production sometime in the future. I think it’s one of my favorite operas ever. Seeing it made me realize what exactly I love and look for in operas. 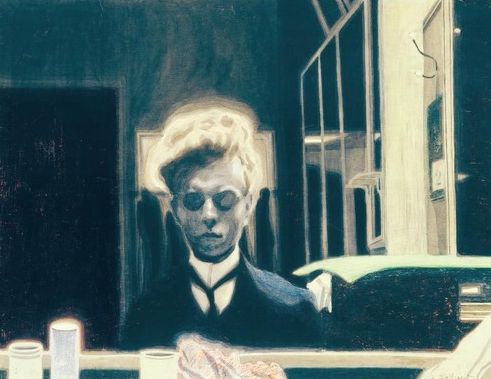 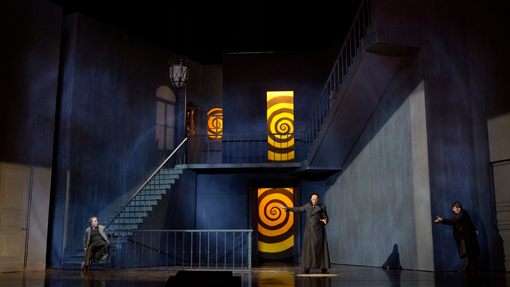 In future seasons, I’m definitely going to keep these factors in mind when deciding how to spend my limited opera budget.Right now, Mephistopheles, Falstaff and Madame Butterfly look promising.

Also, here’s a longer highlights reel from Tales of Hoffman:

PS- SF Opera’s production of Moby Dick will be airing on Great Performances in November. Yeah, that’s a long time. Here is something to tide you over: Watch the entire Macbeth, with Sir Patrick Stewart!