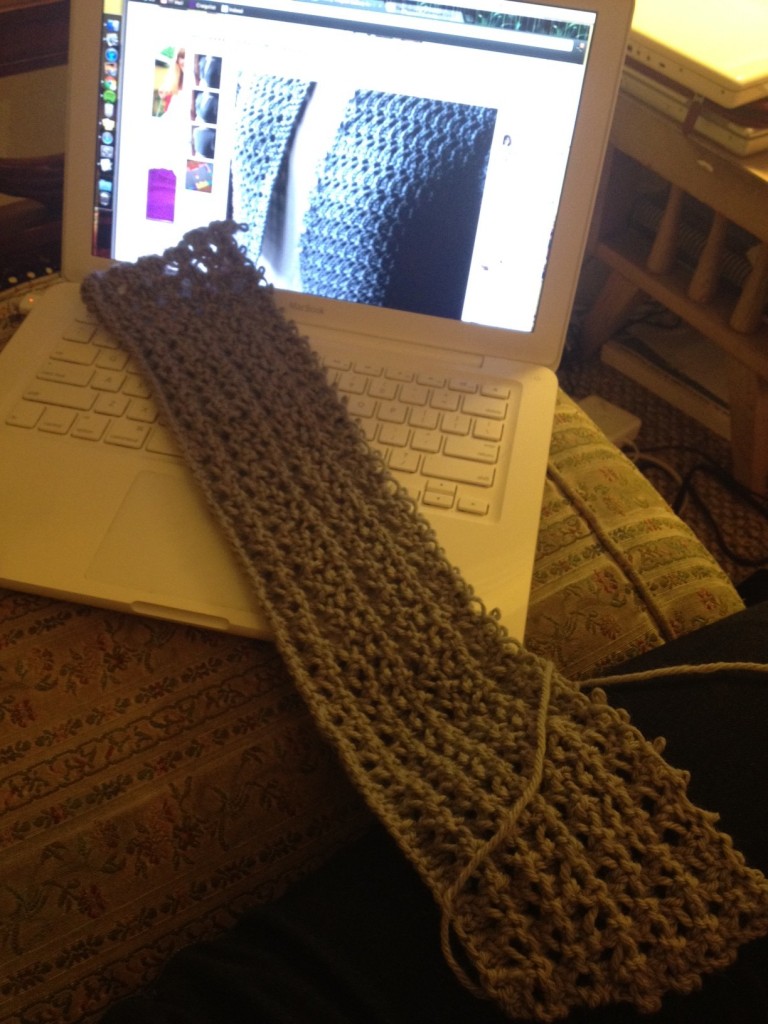 For some reason non-knitters think knitters are zenlike grandmas, peaceful and shit all the time. This is true sometimes, as knitting is a form of meditation, but sometimes knitters can get real crazy. Just like grandmas. Because sometimes knitting sucks real real hard. Like set the house on fire with a boxed wine molotov cocktail and jump out the window screaming hard.

Tonight was one of those times. While watching Clinton’s DNC speech on YouTubeÂ I frogged not one but two projects that I’ve been working on for weeks. Scorched earth, people.

Read on and feel my perfectionist pain. Or stop now if you don’t knit, because you will be bored to tears.

**So I was so dissatisfied with my first Hill Country Hat that I decided to try again, in another yarn. Something in me said that I had to get it right, damn it. I picked up a bulky merlot colored alpaca blend that Jill had given me at least four years ago and had at it. Things went swiftly since this time I knew what I was doing, but I got too confident.

About 2-3 hours into the hat I noticed that I’d knit an extra row several inches back, making a dent in the hat’s surface and ruining the pattern. Ugh. I was about an hour or two away from finishing the hat so it was painful, but there’s no way that I could go through life with another janky Hill Country hat. I demand perfection.

**I’ve been trying to step up my knit game and theÂ Betty MinisweaterÂ seemed like a good choice to get me out of my funk. Also at only two balls of Cascade 220, it was super affordable at about $18 for the whole project. So, with few reservations I cast on, got gauge, then Â committed to the whole shebang, starting the back of the sweater.

Forty four rows in, I realized that something looked funny with my lace. I’d knit an extra row and gone off pattern. Hrm. This seems to be a recurring problem for me. I tinked for a few rows, then got impatient and decided to rip back. I looked up a few pictures of other people’s projects on Ravelry for an idea of where to stop. Suddenly I realized that my sweater looked nothing like the pictures. Even if I blocked the fabric, it was never going to look like that pattern. I had royally messed up the Roman Stripe pattern and it was beyond repair. FUUUUUUUUUUUUUUUCK. I tore it out in a huff.

Part of me wants to give up and move on to this pattern (by the same designer as the Betty pattern), but I just don’t know.

Previous: The View at the Optometrist’s
Next: Playing Around with Story Ideas- “Like Oysters”