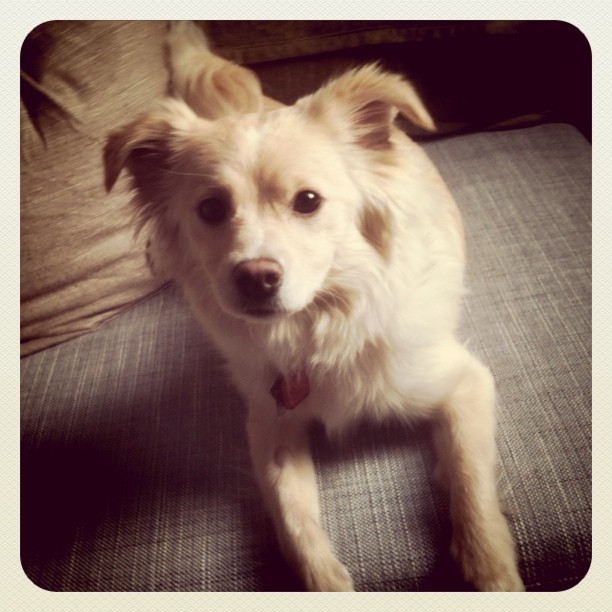 Something strange happened to me over the last week. There’s no other way to put it: I got “puppy fever.” It comes and goes over the years, but last week I had it so bad- I’m not sure why. Hormones? The media’s coverage of Royal Corgis? I found myself daydreaming about them, obsessing over Petfinder, and saying to myself “Why the hell not?”

Ryan’s wanted a dog pretty much ever since I’ve met him, and I remember one of the first things we did when we got together was start frequenting animal shelters (yes we torment ourselves for fun). Over the last year or so we’ve met a number of memorable dogs in New York and San Francisco, and he’s come close to adoption several times. Usually I am the one smacking sense into him and getting him to be level headed about such a big step, but then… I got puppy fever.

I started bringing up adoption again, saying that I would support his decision if he wanted to get a dog. I would be a strong co-parent (step-parent?) to his future pup-I was willing to spend more nights over at his place, and to watch the dog when he had events. You know, basically give up my rock-and-roll lifestyle.

And so, we started looking again, but not in a serious way. We started the usual rounds of stalking Corgi Rescues, Petfinder, and Adopt-a-Pet. I called a few local shelters about some Corgi mixes that I was interested in, but nothing came through. Around Friday after several online disappointments I decided to chill out and stop stalking internet puppies. It’s worse than internet dating!

On Saturday we were due to head to Berkeley for a birthday party. We decided to kill time by heading over to the SF ASPCA. While normally heading to a shelter would be a bit of a downer (see Animal Care and Control), the SF ASPCA is one of the cleanest, cheeriest, most well run animal shelters I’ve ever seen. This place is posh- no animals are in cages. The cats all have their own rooms with tvs, and the dogs are in large clean rooms with a roommate or two. All of the staff are knowledgeable and patient. We headed straight to the small dog section.

Amid a sea of yapping Chihuahuas, we saw this calm beauty, just hanging out and looking lovelorn. 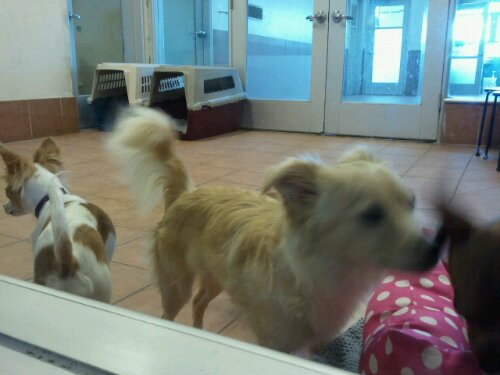 Her bio said that she had been transferred to San Francisco from Salinas, where she was found wandering stray more than a month ago! Could you imagine seeing a tiny cutie like that scuttling around the dumpsters? So sad!

Ryan looked very touched, and I encouraged him to fill out a form to meet her. Once we met “Brandy” and were petting her, I knew it was all over. After some discussion about logistics and gut feeling, we decided to move forward with the adoption! Since we couldn’t take her home right then and there, Ryan wanted to come back the next day and adopt her then. I said No! If you want her you should act now! It turns out that the ASPCA will let you “hold” a dog for $25 a day. It was well worth it.

We came back the next day excited and prepared. The staff were incredibly helpful throughout the adoption process, and I felt like they really wanted the best for all of the animals. All in all the whole adoption process over the course of 2 days took several hours of paperwork and consultation, which is really how it should be, I think. No rash decisions people- even though it seemed like this all happened over the course of a week, Ryan had been looking for a dog since April 2010.

We brought her home, and after much squabbling, we decided to name her Astor. I wanted to name her Astor after the dog from the Thin Man movies, but it turned out that I had the name wrong (the dog’s name is Asta in the book/movies). Who cares, Astor is a better name 🙂

She seems to be taking to us pretty well. She just wants to cuddle all the time, and is very chill until you take her out on a walk. Then she lights up and has all the energy in the world. 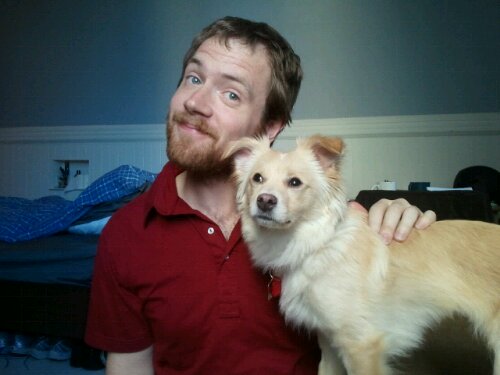 Cross eyed in this one, hahaha. 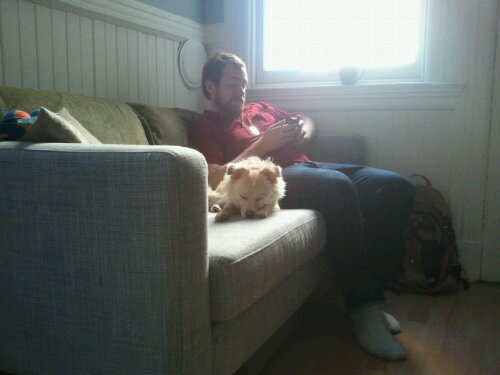 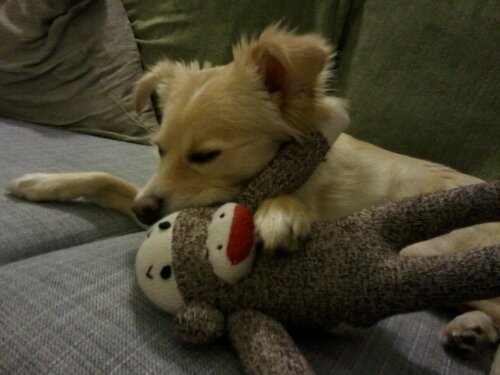 Learning to play with Mr. Monkey.

The moral of the story: Ask, and sometimes the universe delivers, big time. It all happened so fast, but it feels right. I’m looking forward to sharing more of our adventures as time goes by!