After my third Philadelphia winter, I was really looking forward to doing all the stereotypical summer things (mostly just being outside). It’s been a bit of a blur, but here’s what I’ve been up to: 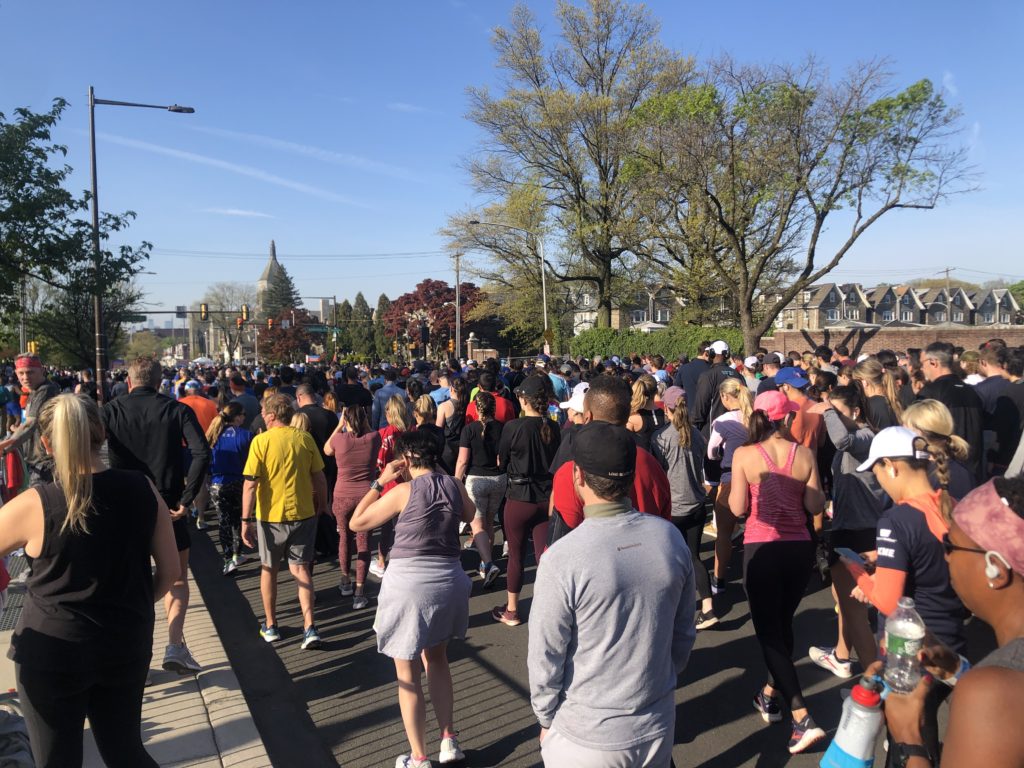 May started with the Broad Street run. It’s a local 10-mile race that I’ve wanted to do since I moved here. It’s all on one street (Broad St, duh), and encompasses a large chunk of Philadelphia, hitting a ton of neighborhoods. You basically start at the top of the city and make your way to the bottom. I thought that it was a competitive race to get into, but I won the lottery on my first try. When race day came, I was one of 28,000 runners (normally it’s 40k)!! It was nuts. The whole race was downhill, and the turnout from locals was encouraging. It was super festive, but a bit of a cluster. I had a great time and would definitely do it again next year, but I totally got sick from this event. I was miserable for a week or two afterwards.

The end of summer is marked by the Philly 10k. It felt like a super unique race last year, so I signed up for the 10k again. I didn’t really train and it was way hotter, so I turned in a pretty disappointing performance. I still celebrated by having Ryan come down and meet me for brunch at a local deli. 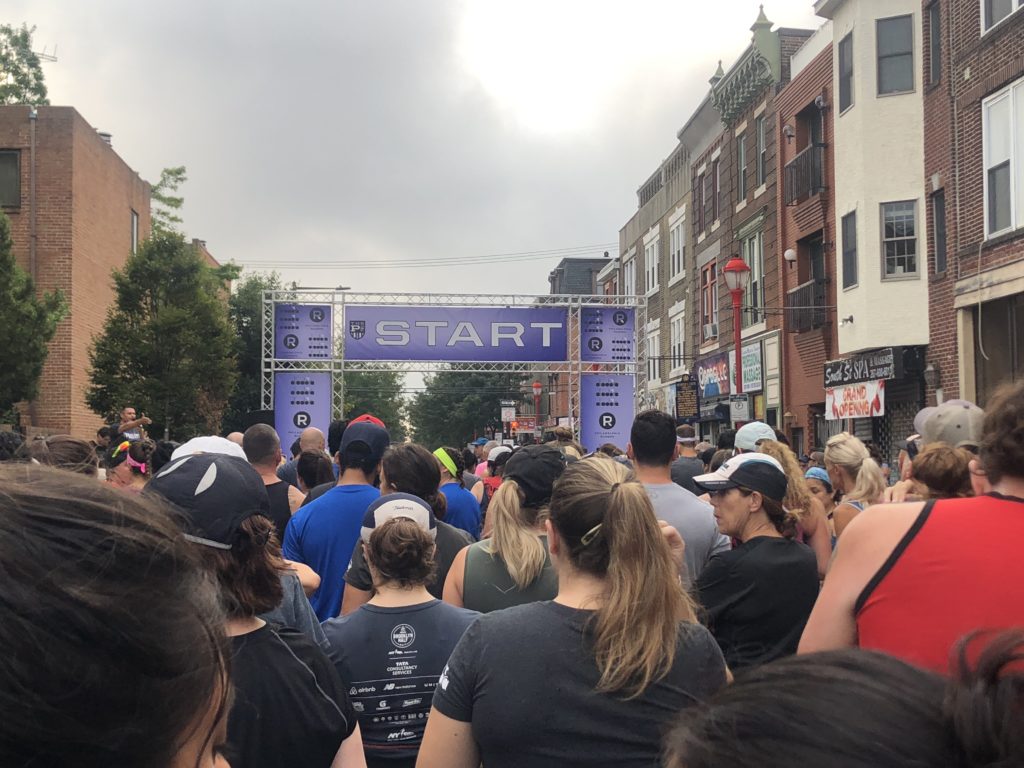 This summer set heat records for Philadelphia, so running has been a total slog. The only thing I can say is that at least I’ll be faster in the fall. 🙂

We joined a local kickball rec league for a season. Games were at the local park a few blocks from our house, so it was beyond convenient. If it were further away than that, I don’t think I would have done it. The season flew by super fast and while we didn’t make any lifelong friends, it was way more social compared to our bowling league, lol.

We got a shed 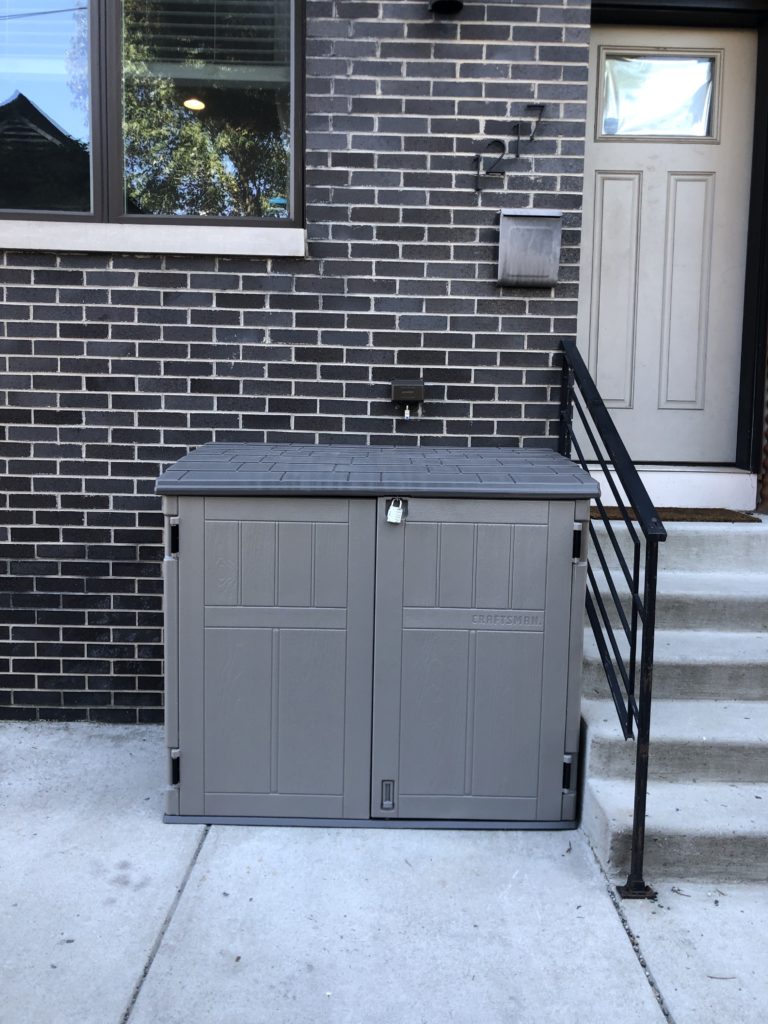 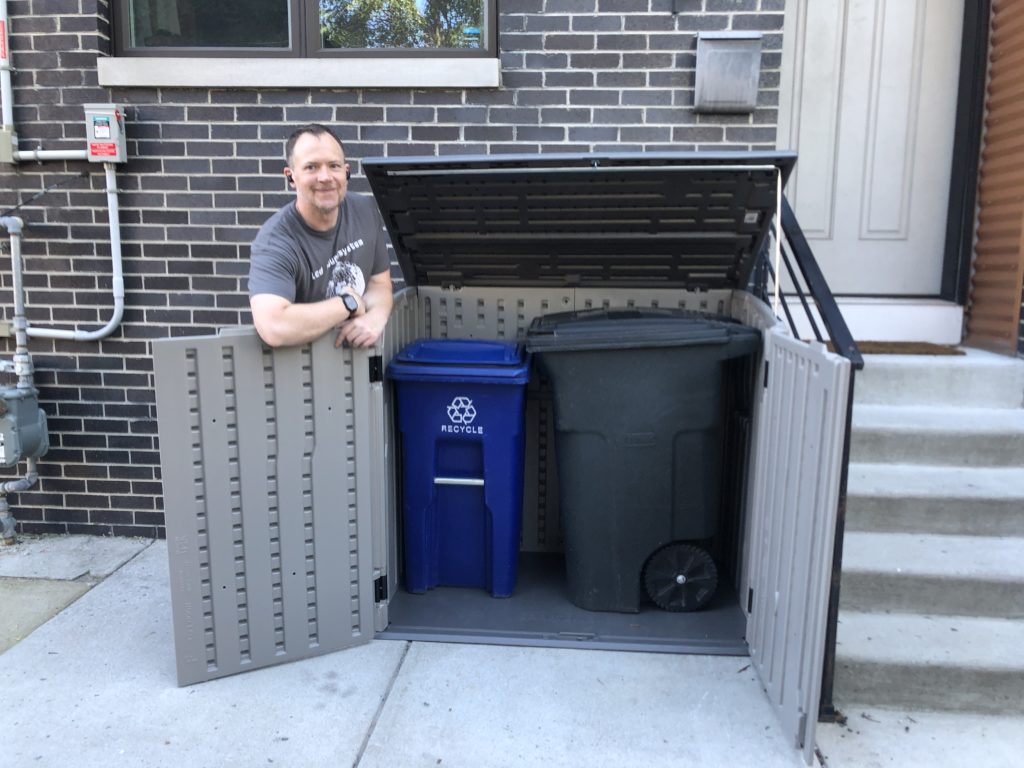 One of the worst things about living in a rowhome is that you have to drag your garbage through the house once a week for trash day. With the year-round thunderstorms, it gets nasty fast. Well no more! We now have a shed to store our trash cans out front. I was concerned about breaking zoning rules, but Ryan reassured me that we needed to embrace the inherent lawlessness of this city and just go for it. So far, so good!

Another summer of tomatoes

I was better prepared for tomato season this year and had a ton of recipes at the ready: salsa, shakshuka, tomato salad, tomato sandwiches, pasta sauce, ratatouille… 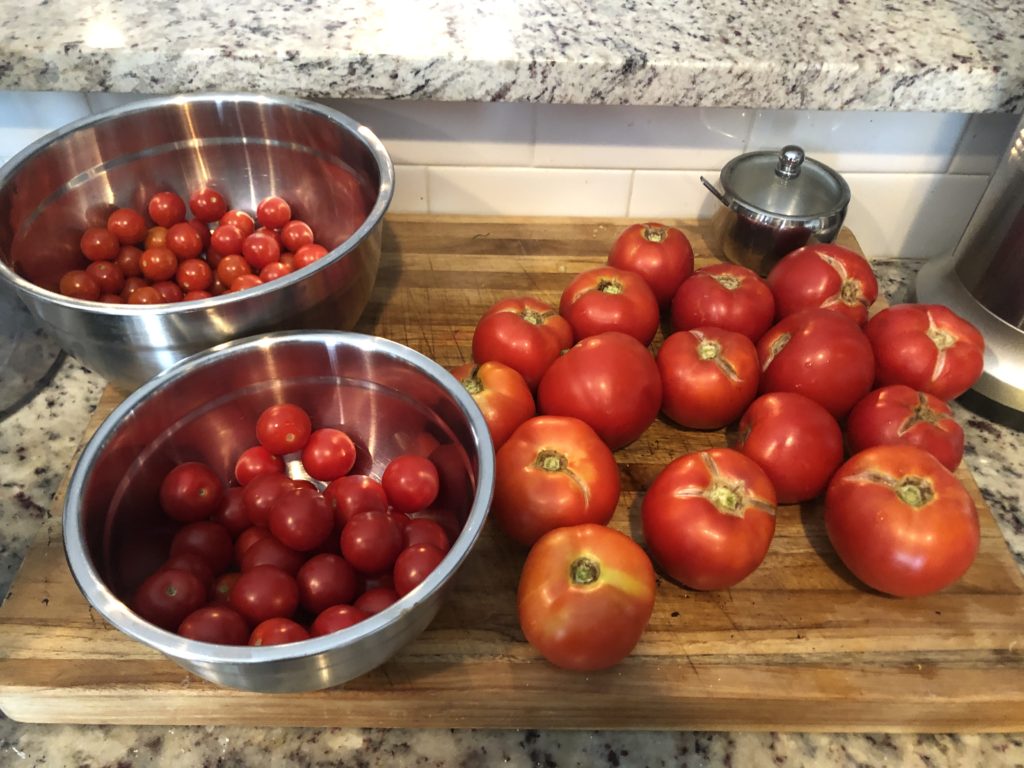 We tried to teach Bogie to talk

Ryan got some recordable talking buttons so that we could teach Bogie to communicate with us. He started out SCARED of these buttons and would run away! This dog!!! It’s been a month but I think he’s starting to get it. 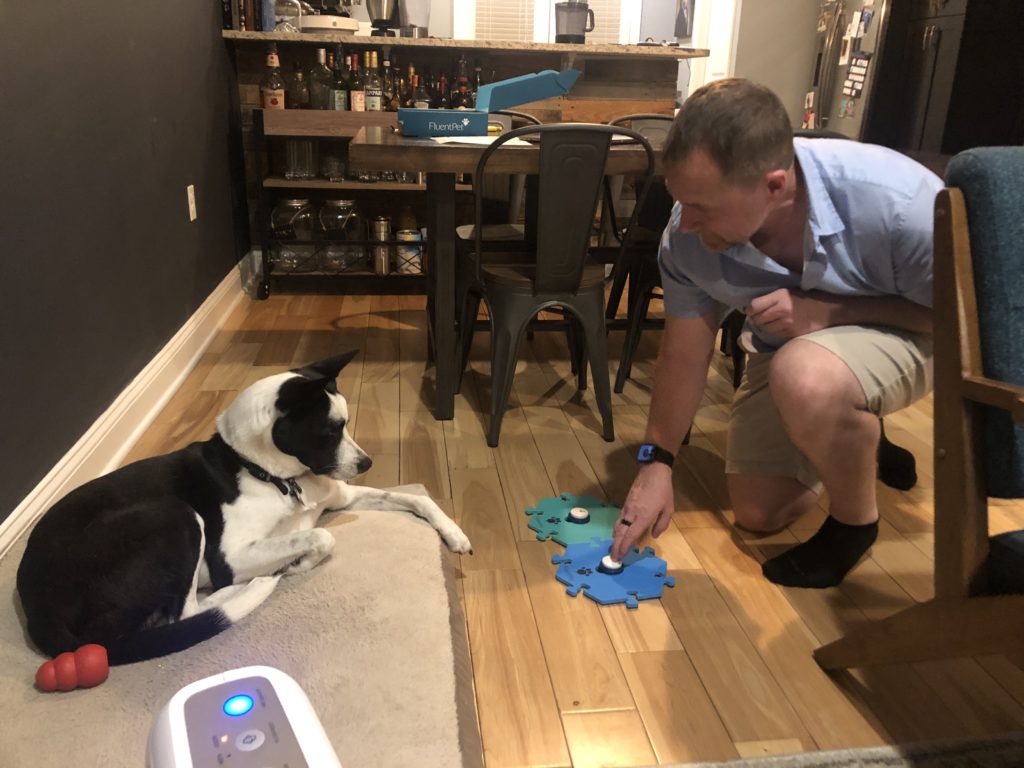 I knit a lot of socks

I made a resolution earlier this year to knit down my sock yarn stash. So I’ve just been cranking through all my hand dyed sock yarn like a sock zombie. Here’s some I’ve finished, and I’ve got 3 more pairs in the works.

The Rye Light socks in Emma’s Practically Perfect Sock – “Take a Hike” <– new fave sock yarn. This pattern is really simple but somehow was fun to knit and fits quite well. 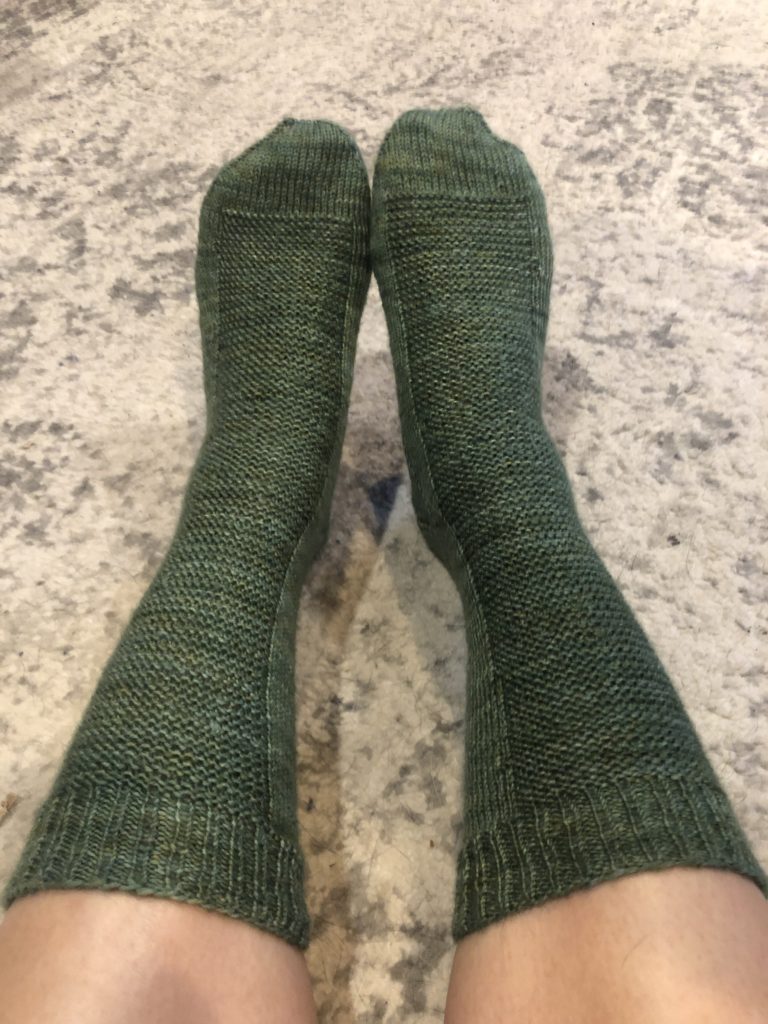 Hermione’s Everyday Socks in FiberStory Fave Sock – “Chili”. This is one of the most popular socks on Ravelry, and it’s fun but not mind blowing. I think it’s popular mostly due to the name of the sock. Who doesn’t want Hermione’s socks?

Not Another Broken Rib Sock in FiberStory Fave Sock – “Hazy”. It’s hard to see, but these are kind of cool in that the fabric ends up looking like snakeskin. 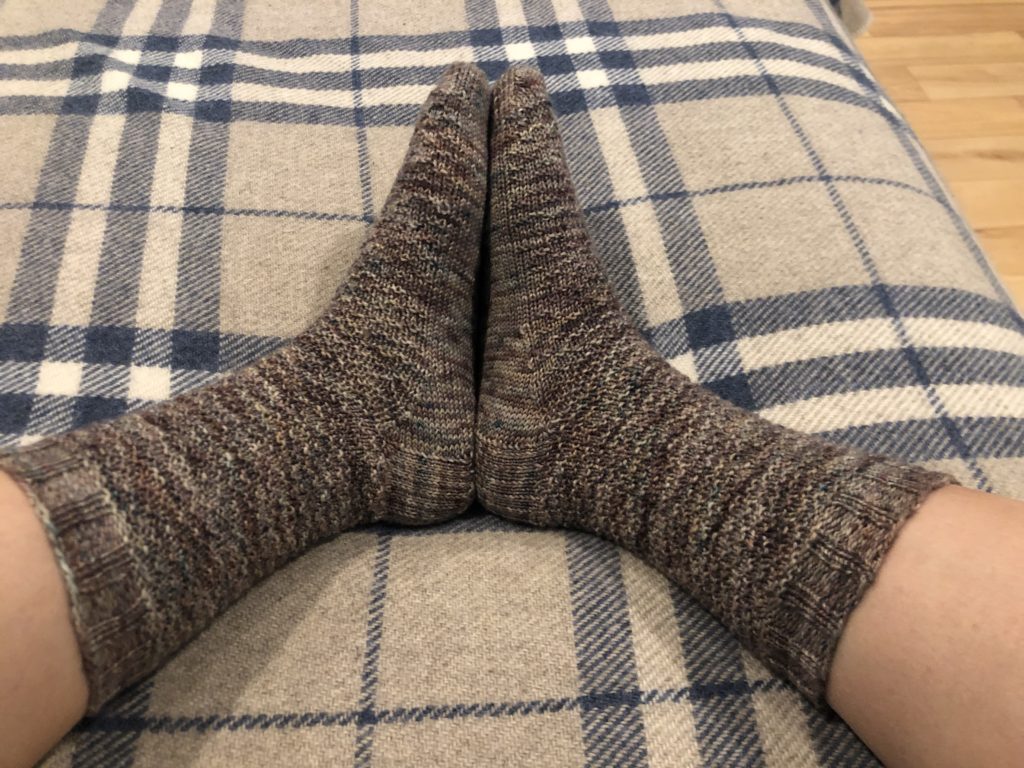 Generic toe up socks in a mystery green yarn. No pattern. 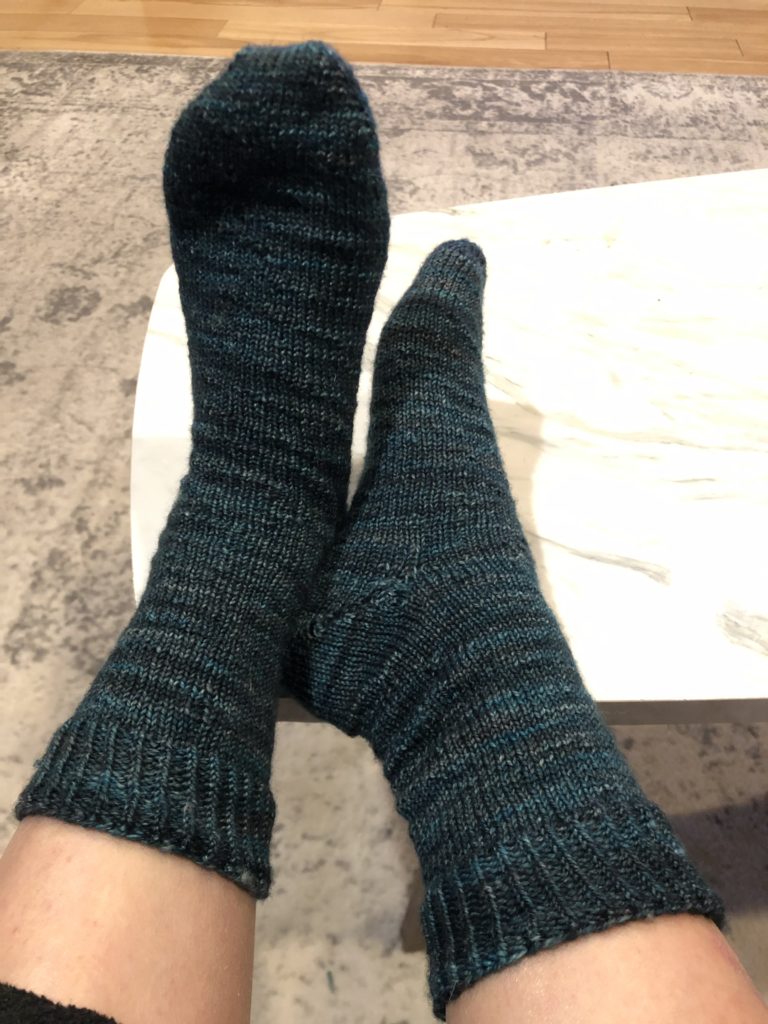 Gentleman’s Fancy Sock for Ryan in more mystery yarn. I think it’s German sock yarn? This pattern is a refresh of a British pattern originally from 1901.

Sunday Swing socks in yet another green mystery yarn (This project has been sitting unfinished in a bag for at least 5 years…). I fucked up the toes but I just wanted to be done, so oh well. 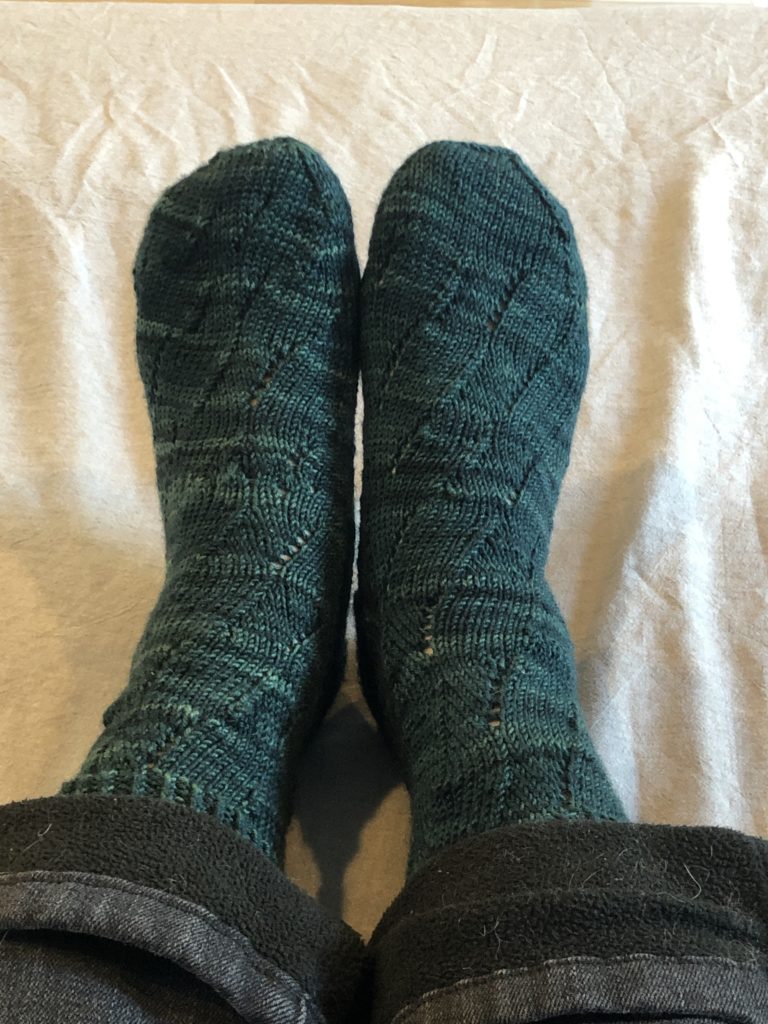 Lots of good events for wandering around: 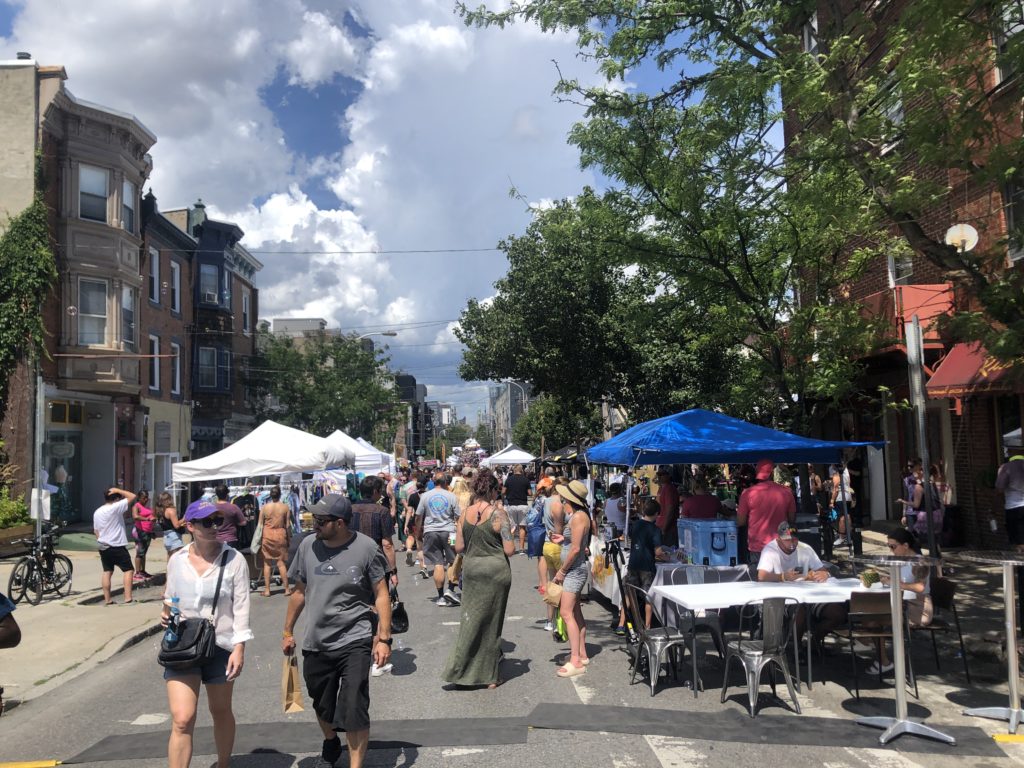 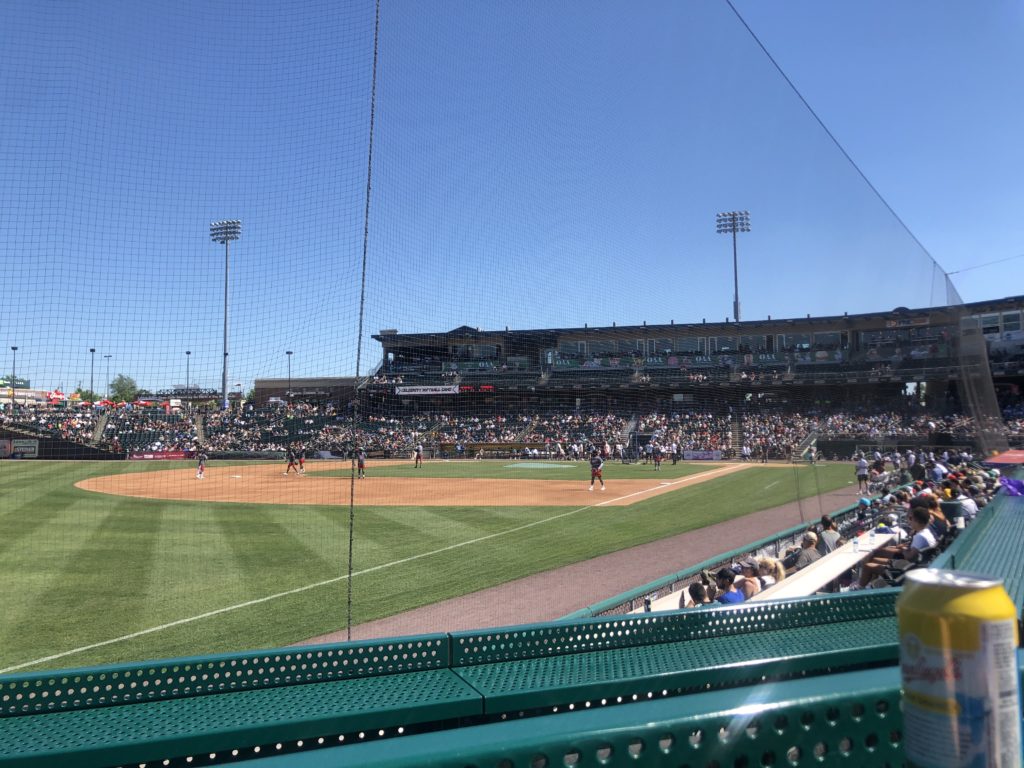 Cocktails at the Bark Park 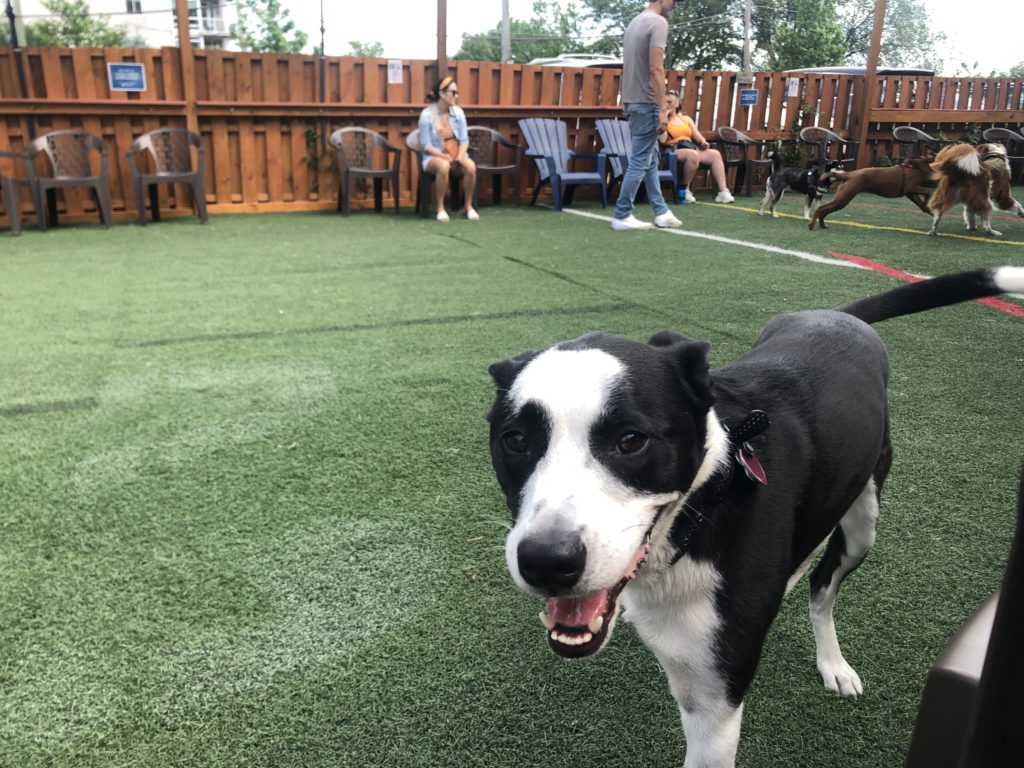 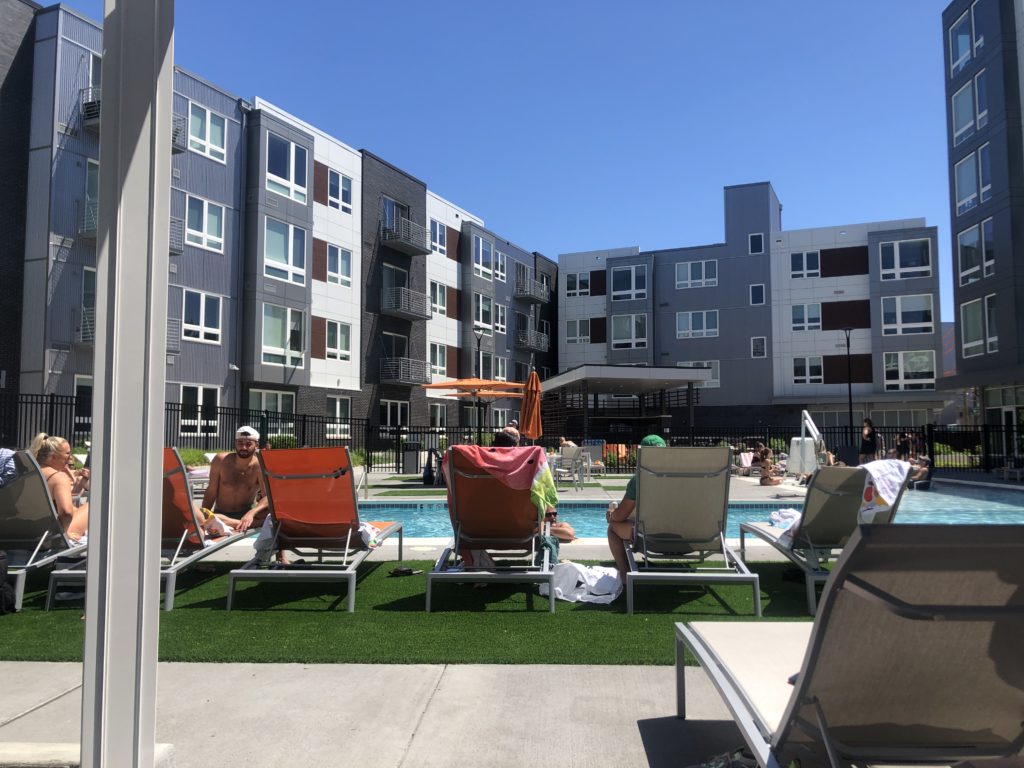 I was freaked out by all the summer air travel horror stories, so I didn’t go anywhere really. Visited my mom for 4th of July and in August made it out to Westport to hang with Ryan’s friends for a chill week at a beach house. 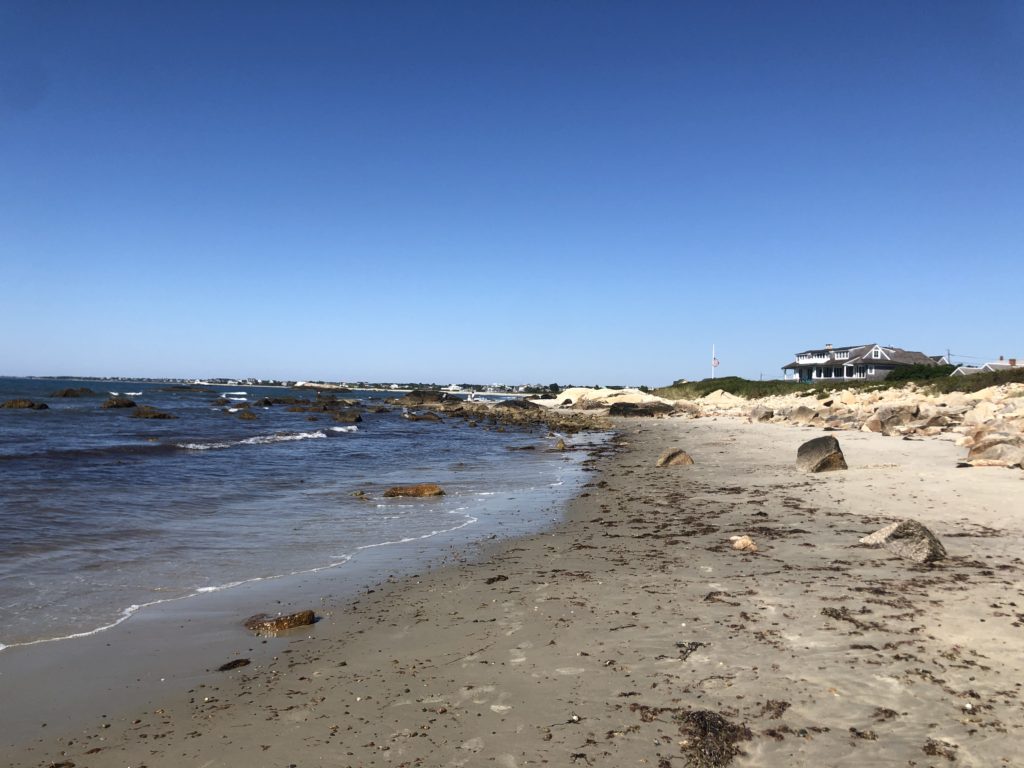 Circumstances may change in my life, but Jonathan Richman is a constant. I’ve seen him I don’t know how many times in San Francisco, but I was still excited to see him here at Union Transfer. He’s in his 70s!!

Sleigh Bells were objectively fantastic, but this was the night before the Philly 10k, so I was so out of it and super grumpy.

Pravi was in town when another friend scored some free tickets to The Weeknd show. I’d never been to a stadium show before, but I totally get the appeal now. Everything is just… bigger. The music, the stage, the pyrotechnics. The Weeknd had to cancel his tour opener show in Toronto due to some AV issues, so this was effectively the start of his tour. The energy was great, and I’m ashamed to say now that DawnFM is an amazing album. Don’t sleep on it! 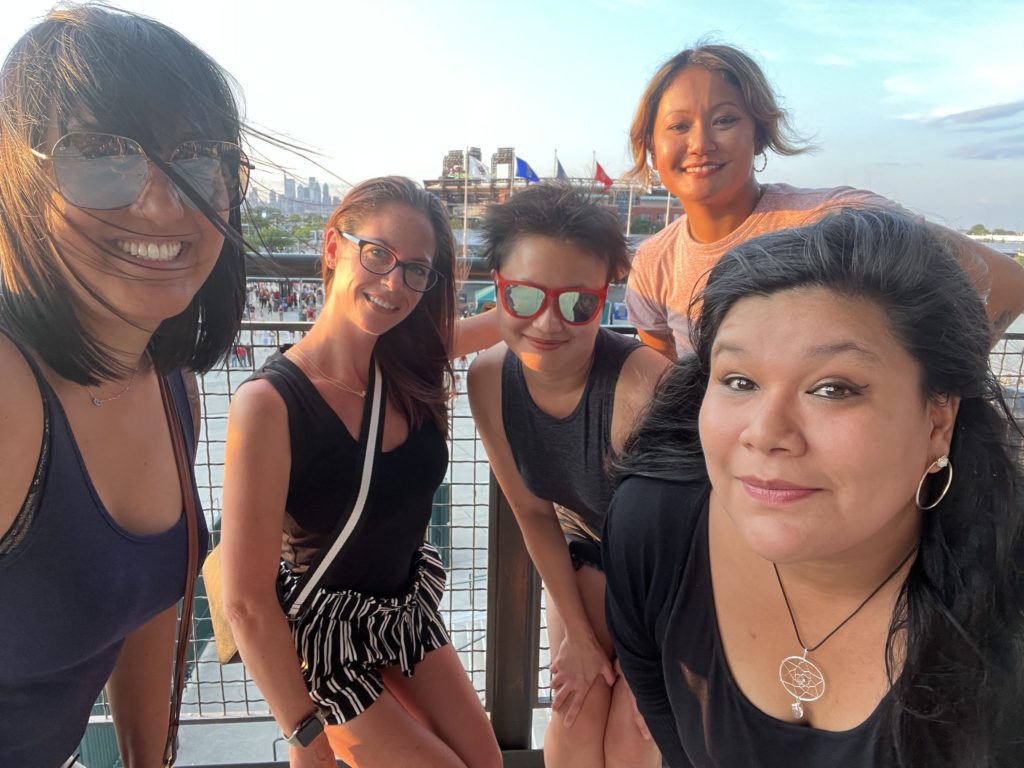 We had to wait forever for the lights to go out and the show to start. This is a football stadium. 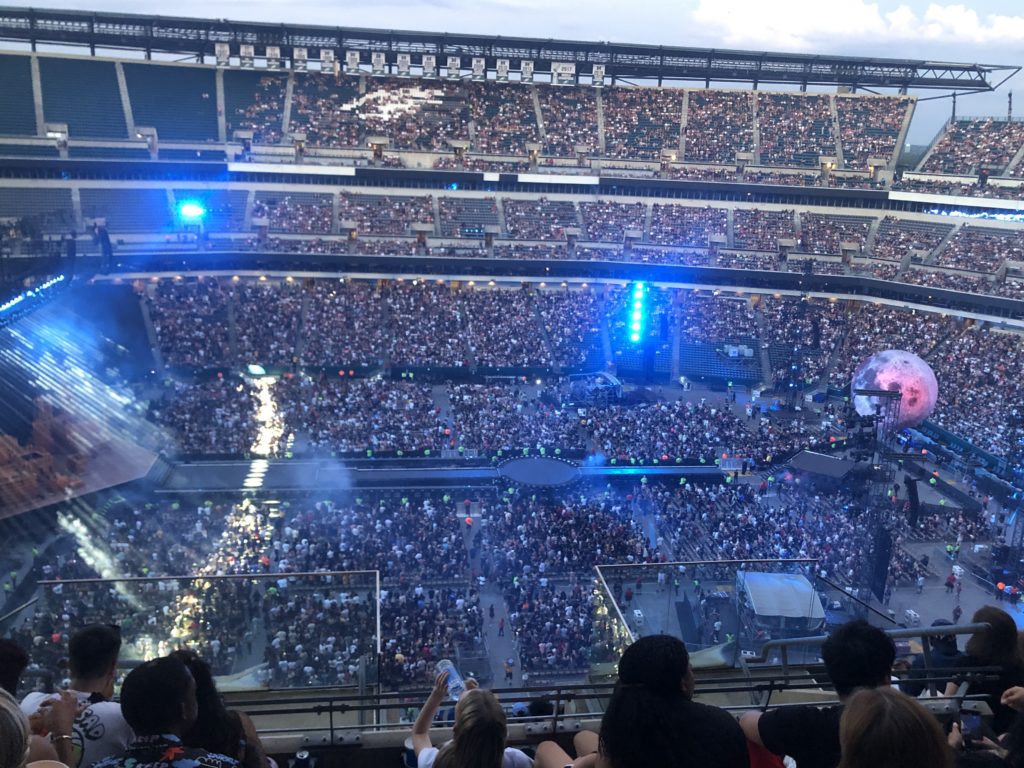 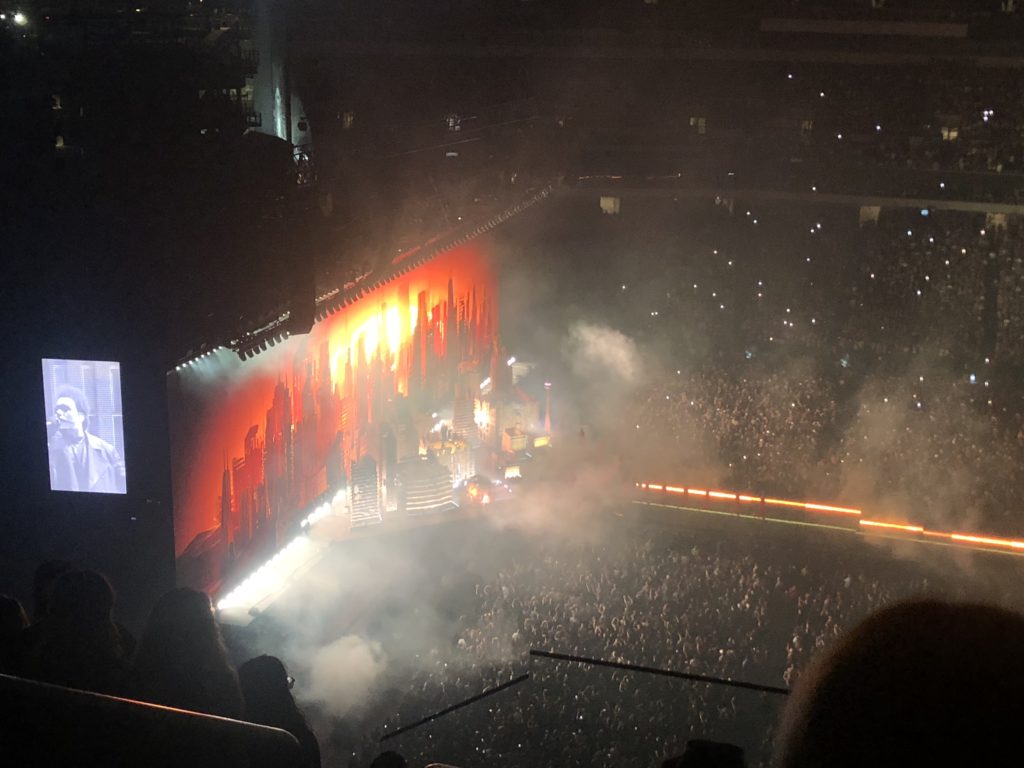 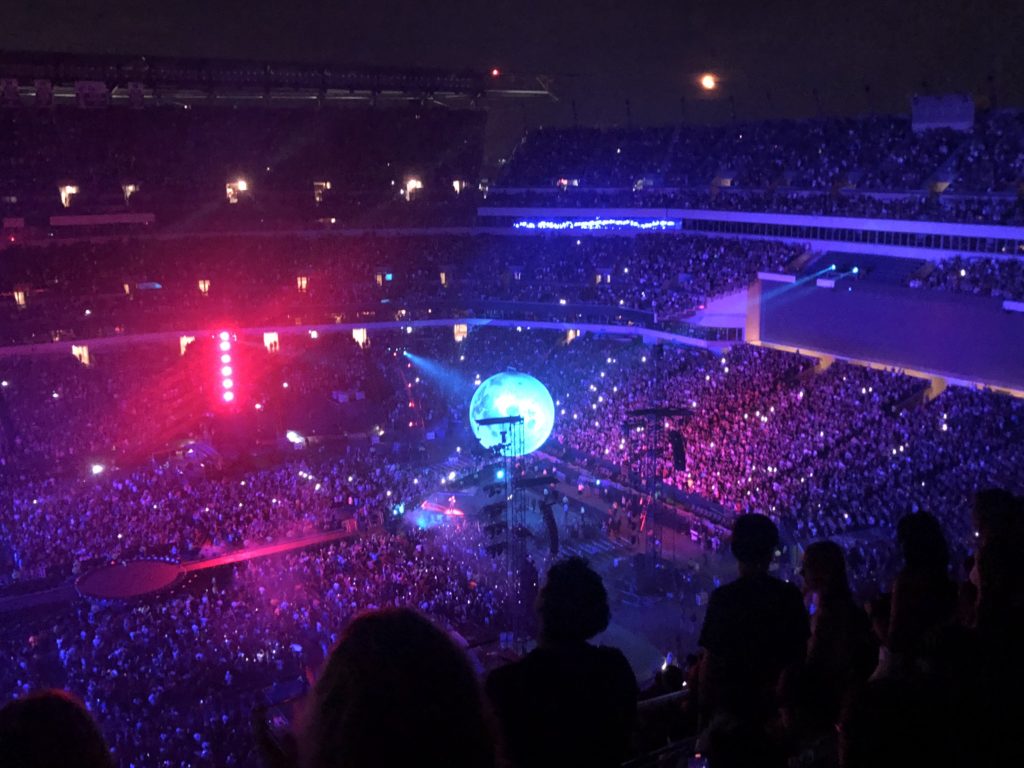 Saw Ryan’s brother’s punk band for the first time. They happened to be playing at a bar down the street from us. A week later we saw them again in a barbershop punk show complete with a mosh pit. Really took me back to high school.

I started May obsessed with Un Verano Sin Ti (I was convinced it was the album of the summer, but my friends didn’t seem interested), so when Ryan told me that Bad Bunny was headlining the Labor Day music festival here I knew we were going. Because our neighbors are obsessed with Burna Boy, we were able to wrangle them into joining.

I’m not going to lie, I had some reservations about going to Made in America. It started as Jay Z’s big festival that included relatively mainstream acts (Beyonce, Nine Inch Nails, Pearl Jam, Skrillex), but in the past few years it’s become mostly hip hop. Philly had a shooting in the same spot just a month earlier during July 4, so security was super strict. Clear backpacks only and they went through my stuff, fully unwrapping my picnic blanket, the whole shebang. Anyways, once I got there and settled, it was all good. While I didn’t know some of the acts I saw, I’m glad I went. 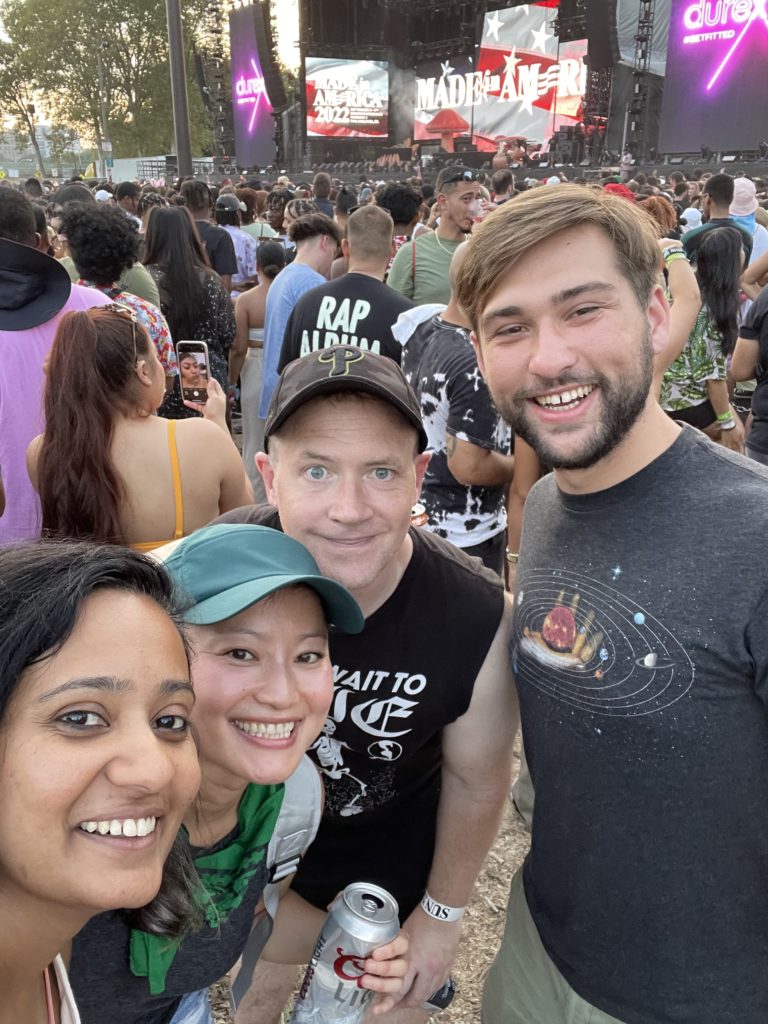 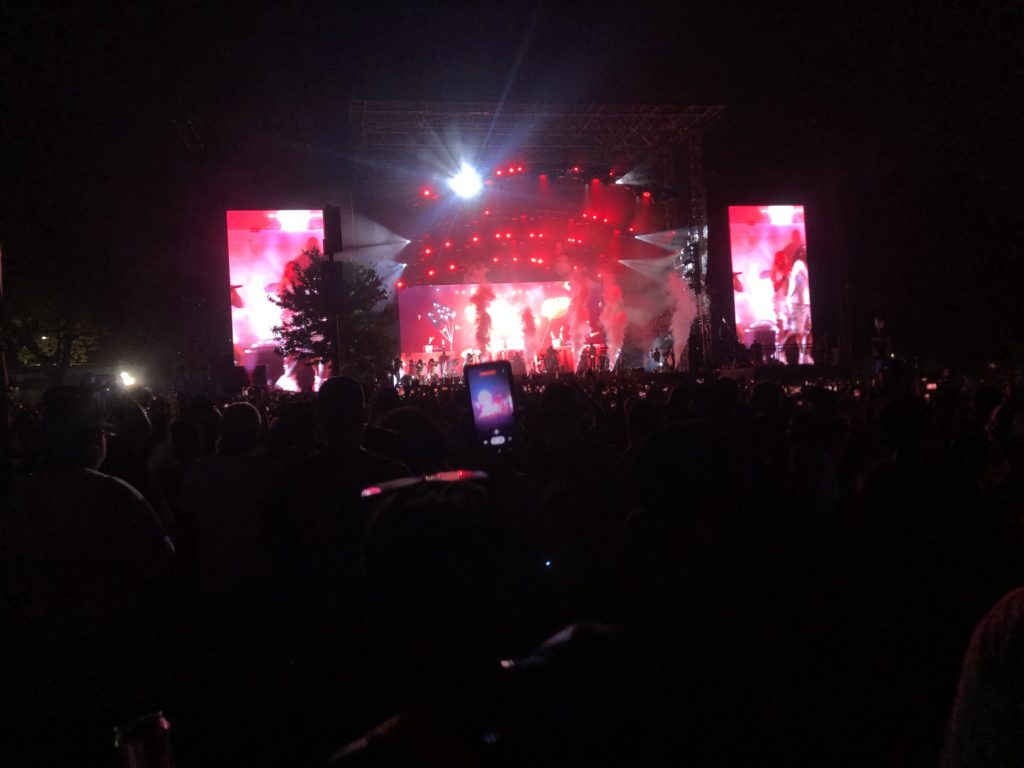 I had no idea what Burna Boy’s stage presence would be like, but he’s pretty game and fun. He seems like a good dude. 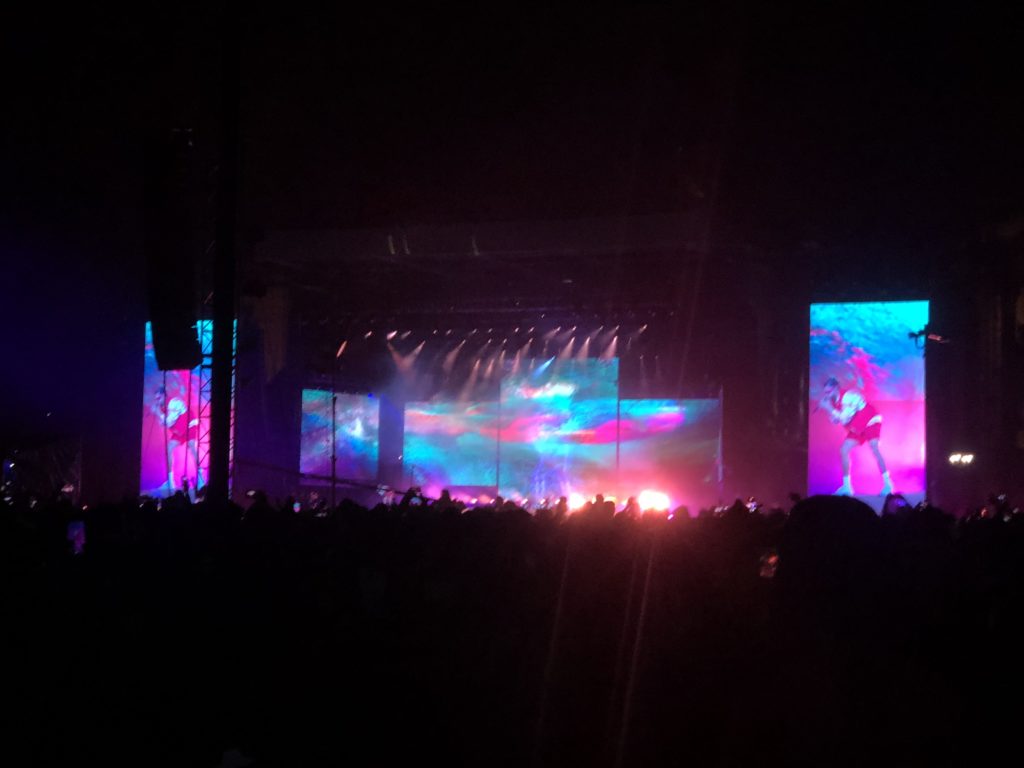 It was a pretty great end to the summer <3. Feeling excited about fall and spooky season of course.