Here we are entering month 8 of coronavirus times. Looking back over my photos there isn’t much to share, but here we go.
At the beginning of the month we’d rented a car for our trip to the Poconos. The rental period was by the week, so we had an extra day or two before we had to return it. Having a car allowed us to finally go to a drive-in movie theater! The Philadelphia Film Society recently set up shop down by the navy yard. We saw Tenet there, and while the movie was not one of Christopher Nolan’s finest (honestly it was a hot mess and not even in a fun way), I really enjoyed the drive-in experience. I was dressed cozily and had all my drinks and my snacks. What’s not to love? 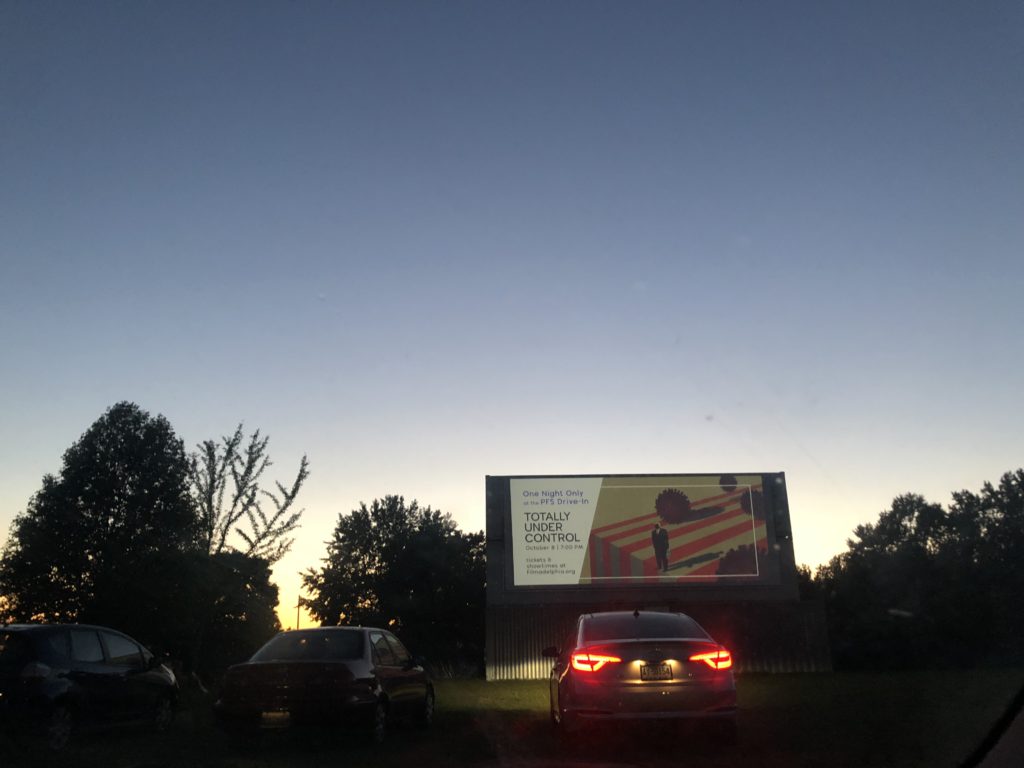 I really miss going out to see movies.I don’t think I realized how much a part of my identity it was until I moved here and just stopped going due to inconvenience. I’ve been keeping a running list of movies I’ve been watching this year, and I’m averaging about 15 films per month. Unfortunately I am behind on watching AFI’s top 100 movies, but at this point who cares? Time is meaningless.
One day while I was out on a run on the path by the water, a swarm of dirt bike and ATV riders came through en masse. I’d seen them plenty of times before, but this time they literally held up traffic for like 10-15 minutes. It was wild. When I got home I did some research, and it turned out that it was “Dirt Bike Rell Day” – basically a memorial for a local dirt biker who was gunned down back in 2014. According to the Citizen app, there were about 3,000 riders out and about. Wild. Here’s a news video from 2018 that explains it a bit more.
Recently a new group of bros moved in to the apartments across from our house. Now we have vocal bros to the left, to the right, and across from us. Not to mention the group of women who live underneath New Bros. Everyone likes to party, but the new bros are the most insufferable. They have really loud parties at least two nights every week, let’s not even talk about the lack of social distancing. But for some reason whenever they party they leave all their doors and windows open, so it’s incredibly loud late into the night. Finally one night our Neighbor Bros to the Left climbed up to their roof deck and had it out with the New Bros. I was in bed at the time, and once the screaming started the dog, the cat and I all bolted right up. Then we each looked at each other. It was a strange moment.
I don’t know how we ended up surrounded by so many partiers, but it’s still not as terrible as Ralph, the burnout living for the 90’s tweaker who lived above my bedroom in San Francisco. I don’t think I will ever be woken up at 4 in the morning with the walls shaking to “Thriller” ever again, so that’s progress.

Previous: September 2020
Next: 14 Months of Seymour, Or – An Excuse for Cat Photos