Ryan had kindly extended his invitation to me oh, about a month ago, but on the day of the event I wasn’t really feeling it. I didn’t want to schmooze in Potrero. A little yoga, sunny skies and a free ride changed my mind. I gotta say that I was really blown away by the offices. It’s a very inspiring space. My boozey party photos don’t really capture the excitement. It is worth it to see pretty photos elsewhere. 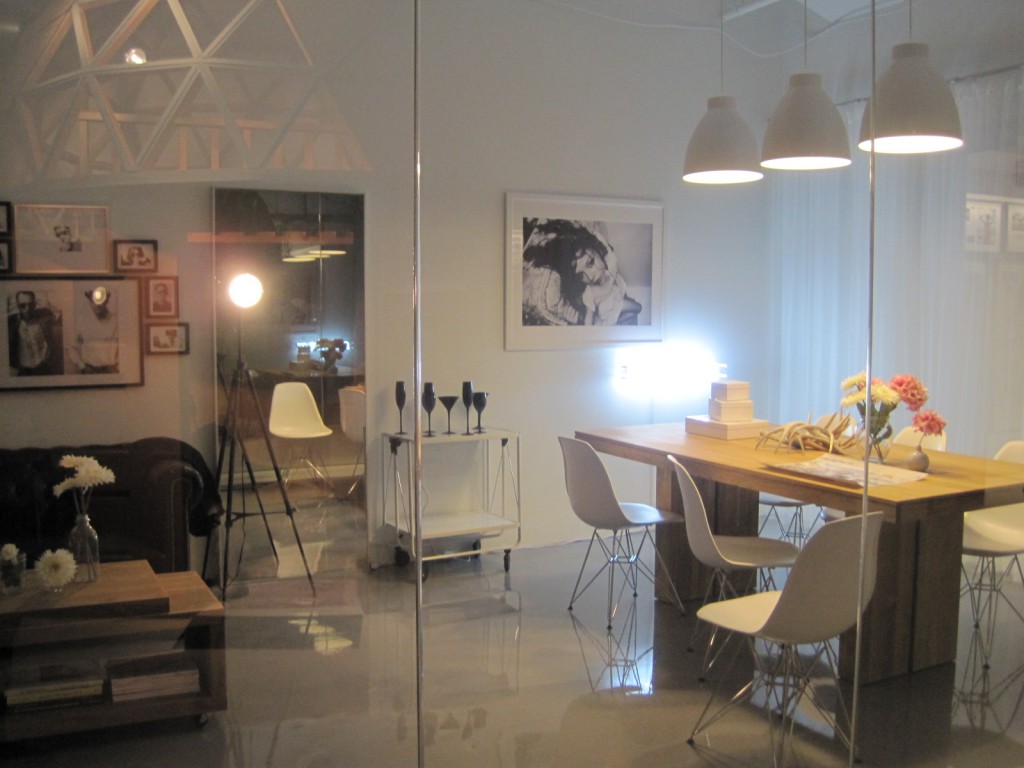 I thought that the conference rooms were a little kooky and homey, but on Monday when I debriefed with a coworker who had also attended the party I learned that the company had recreated three of its top selling apartment/spaces as conference rooms. 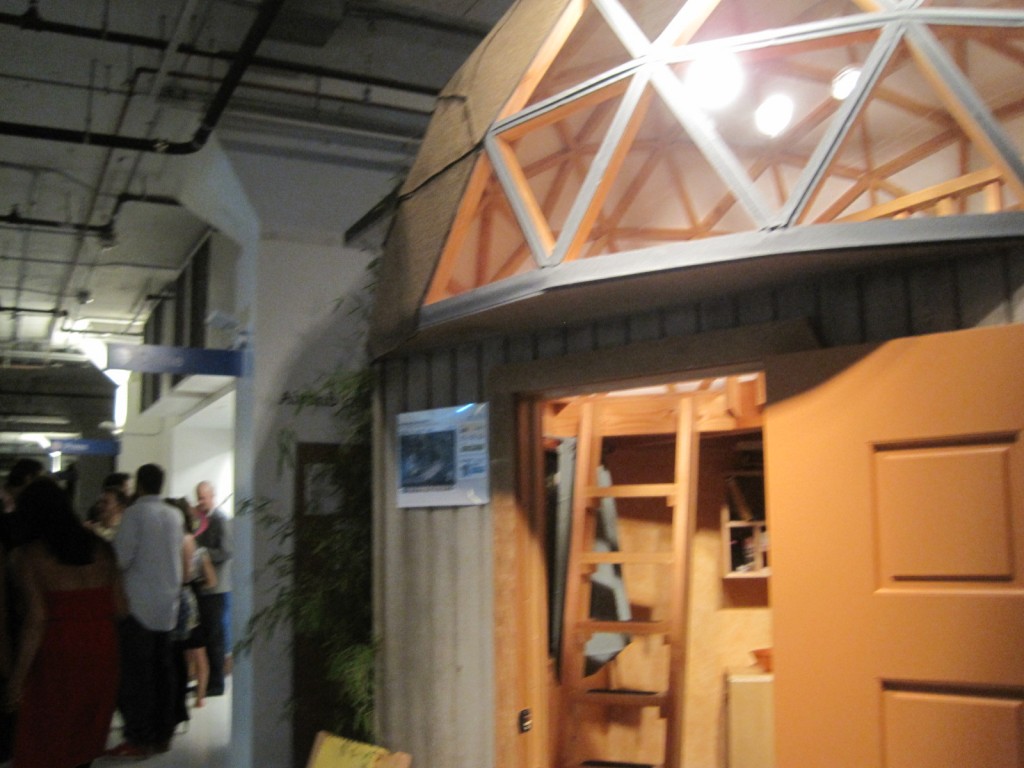 I guess that explains this giant treehouse dome thing.

It’s really quite cozy. You know that at some point something horrible is going to go down in this hut. 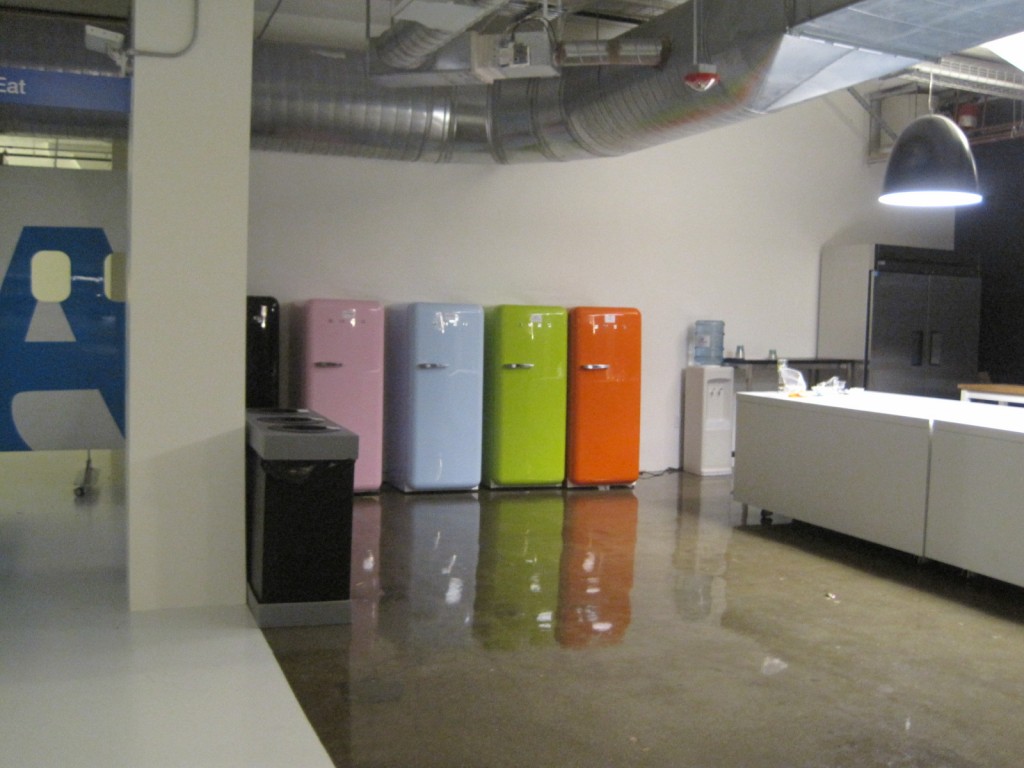 Then there’s a kitchen area… 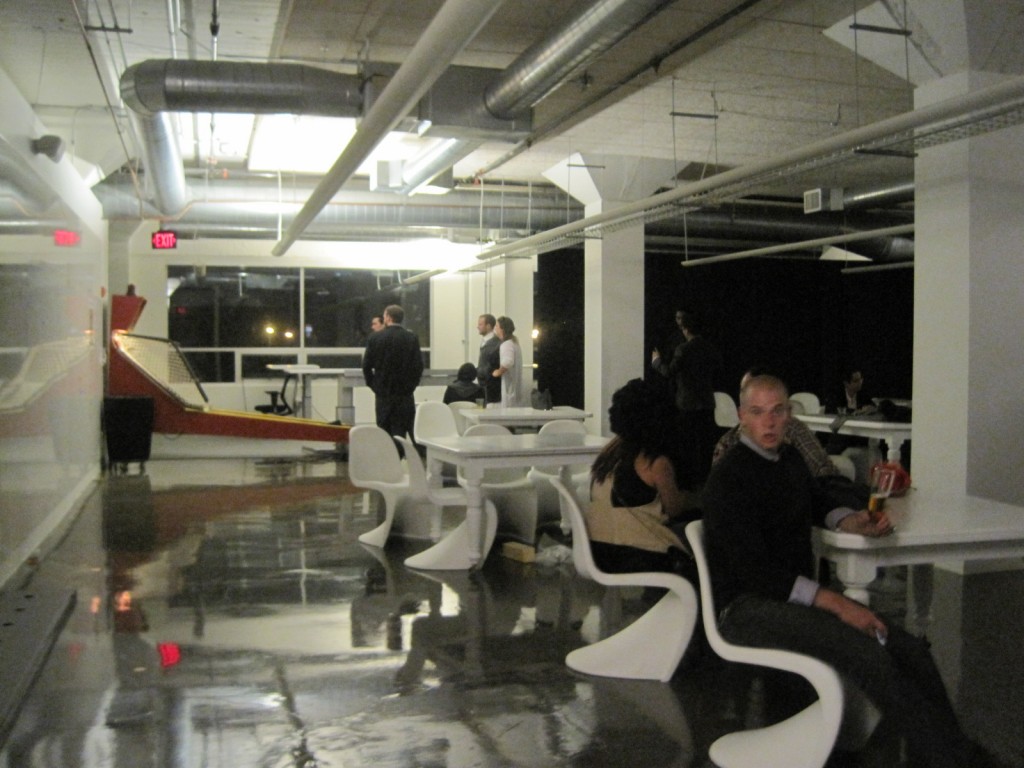 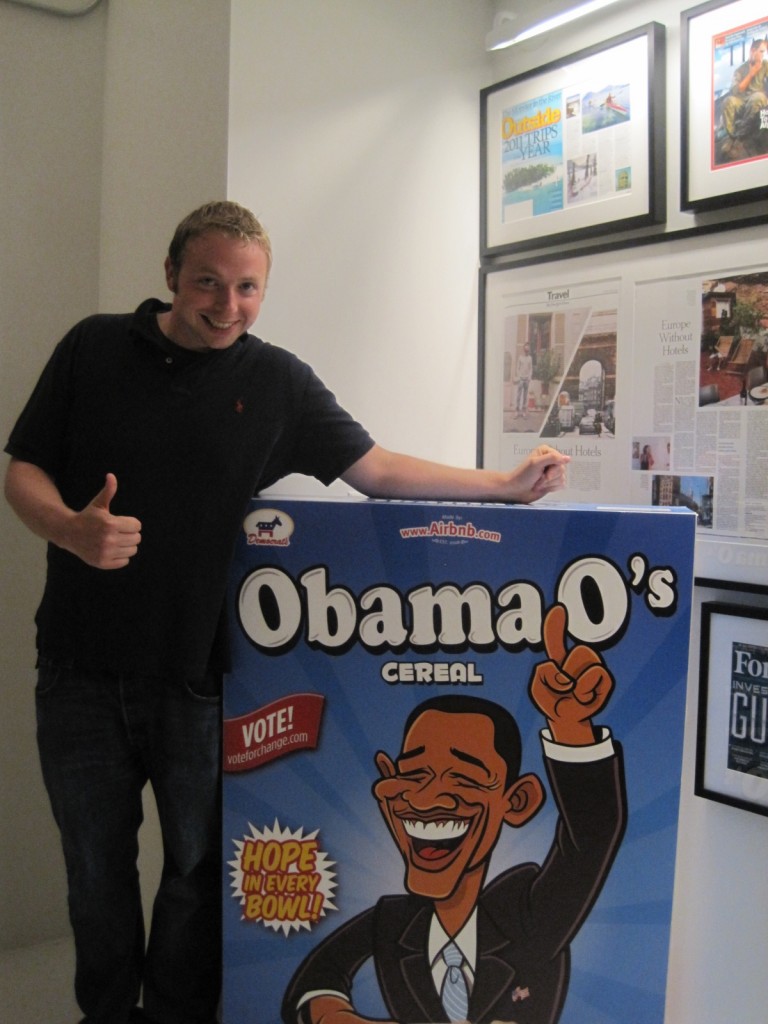 My friend Doug posing with the marketing stunt that put the company on the map.

The offices were nice and all, but the real draw was the dance floor on the roof. The DJ was… MC Hammer???!! Yep. 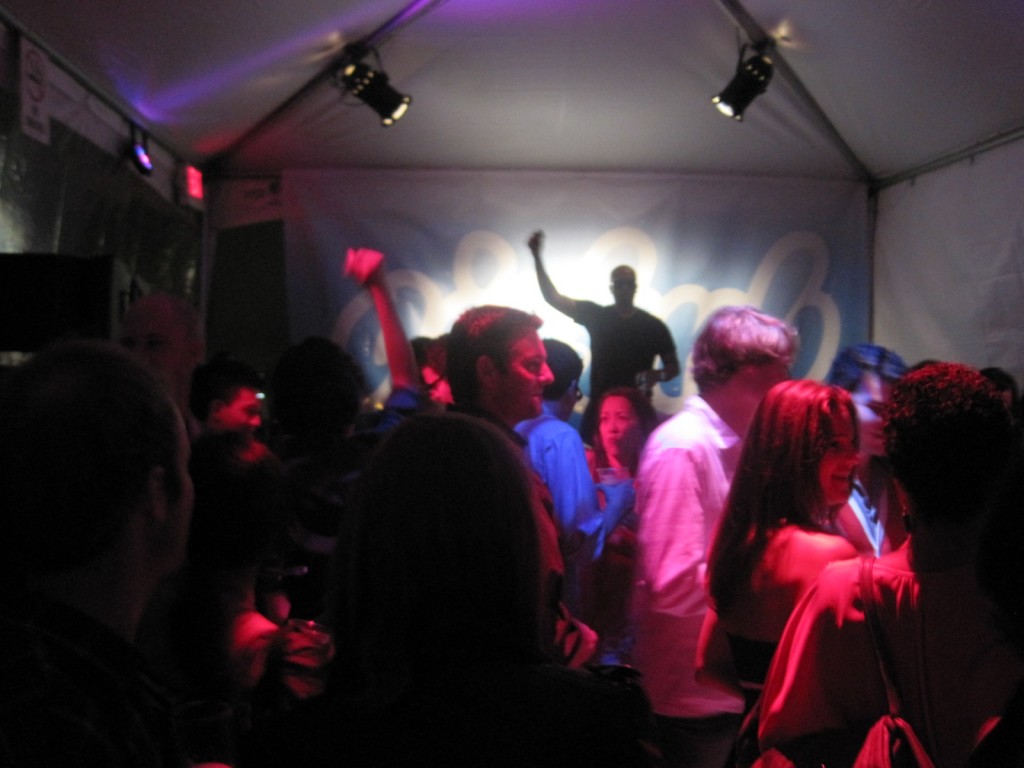 Ryan and the never-ending drink line. 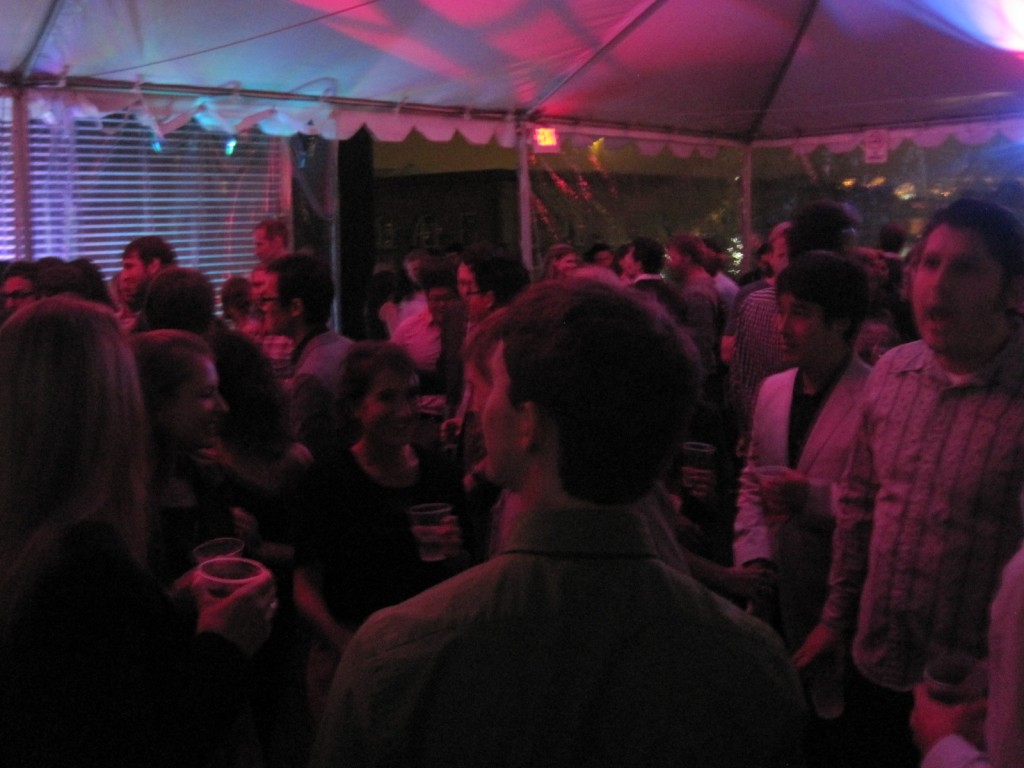 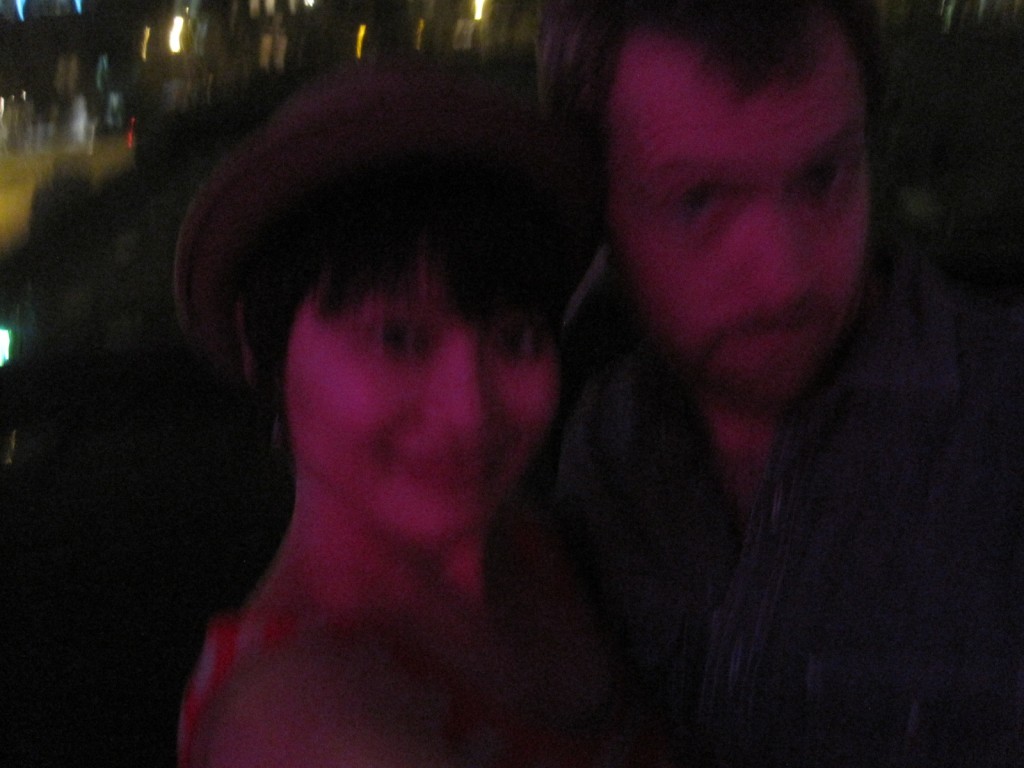 This is a super blurry photo, but I think that I look cute in Jill’s porkpie hat.

I’ve got to say, I felt out of my element, but in a good way. Everything that night (offices, food services, people) was just a bit too slick. It was a very dreamy night.

I haven’t been to any events as cash flush as this in… ever? I mean, the experience of extravagance continued even after you exited the building- in the parking lot were two food trucks that were hired by the company to pass out free food. I wanted to grab a free taco badly, but we had to take off. All in all a great party. 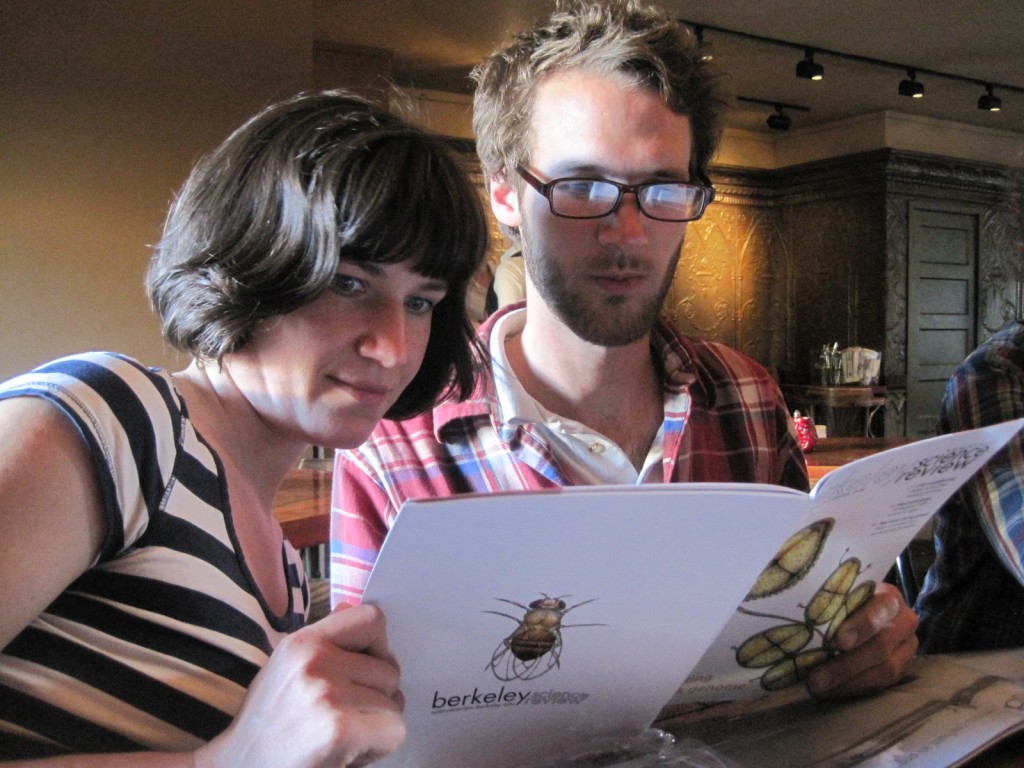 I finally uploaded a ton of photos onto my computer. Here are a few highlights from the last few weeks:

Ryan’s friend Doug threw a wonderful party for the famous horse race. Who can turn down the chance to gamble, drink mint juleps, eat kentucky fried chicken, and wear a big hat? 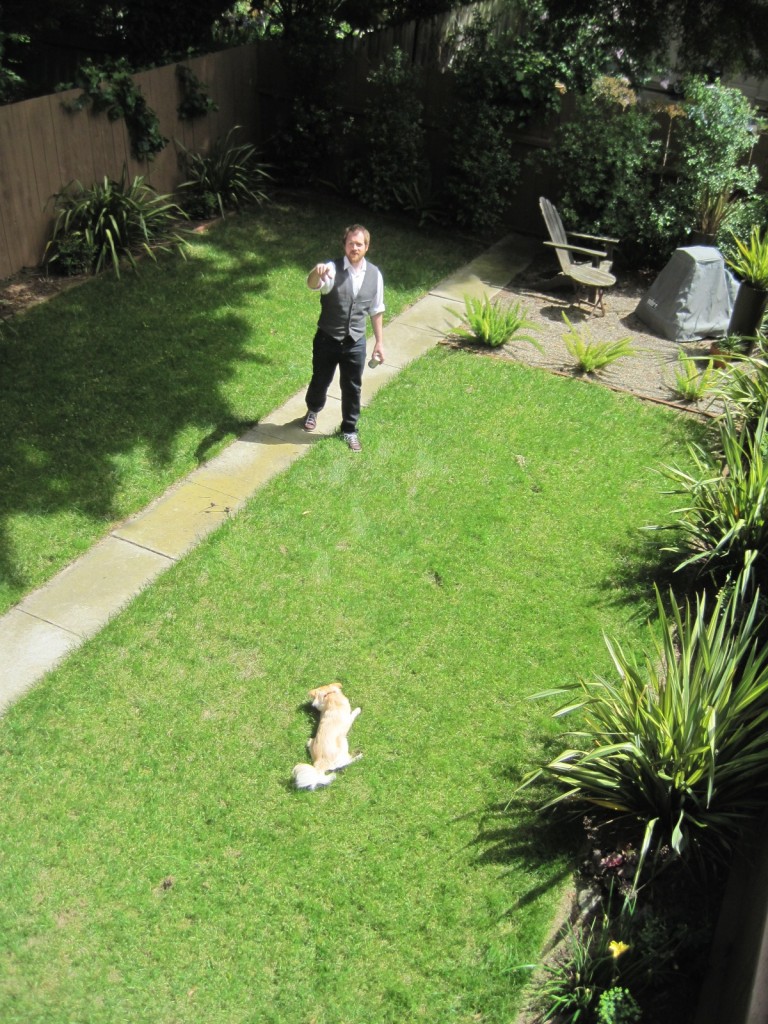 This being Noe Valley, Doug had a backyard-and it was so green and beautiful (for about an hour). 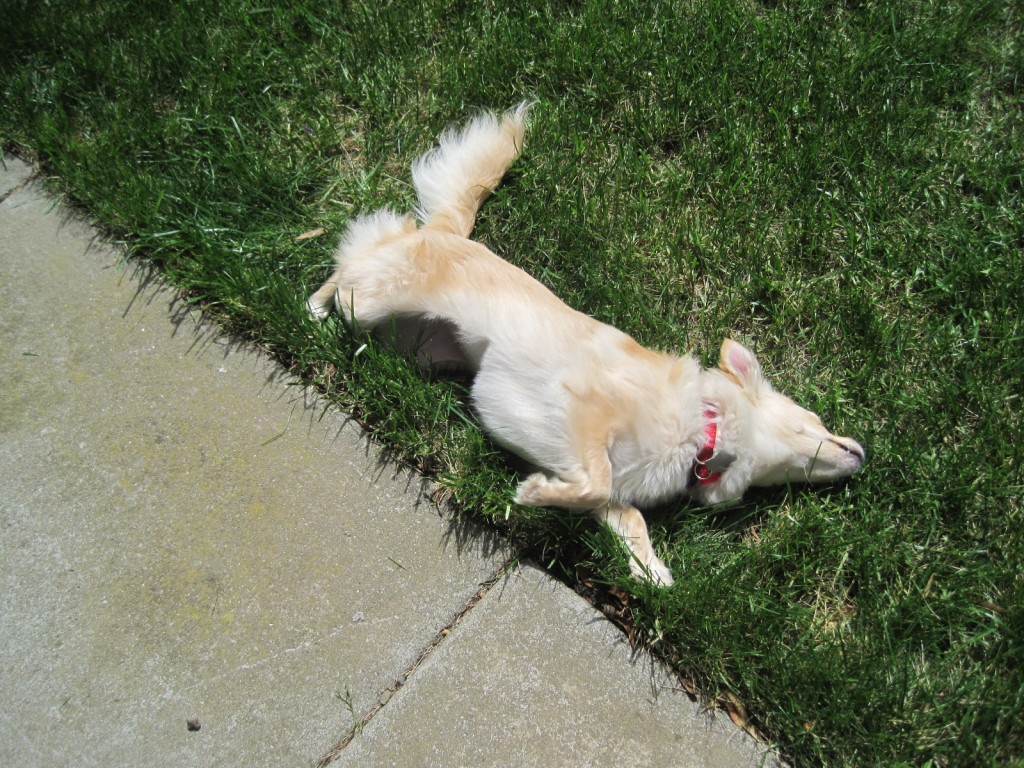 Astor was so happy. 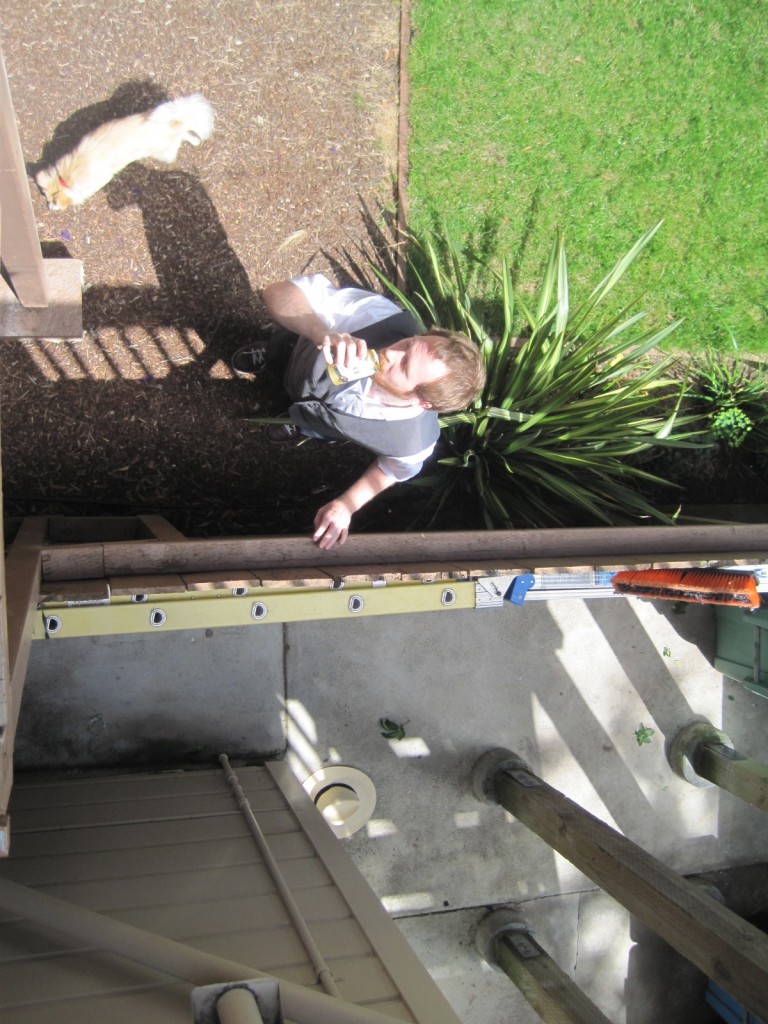 Then my hat blew off! But Ryan got it… 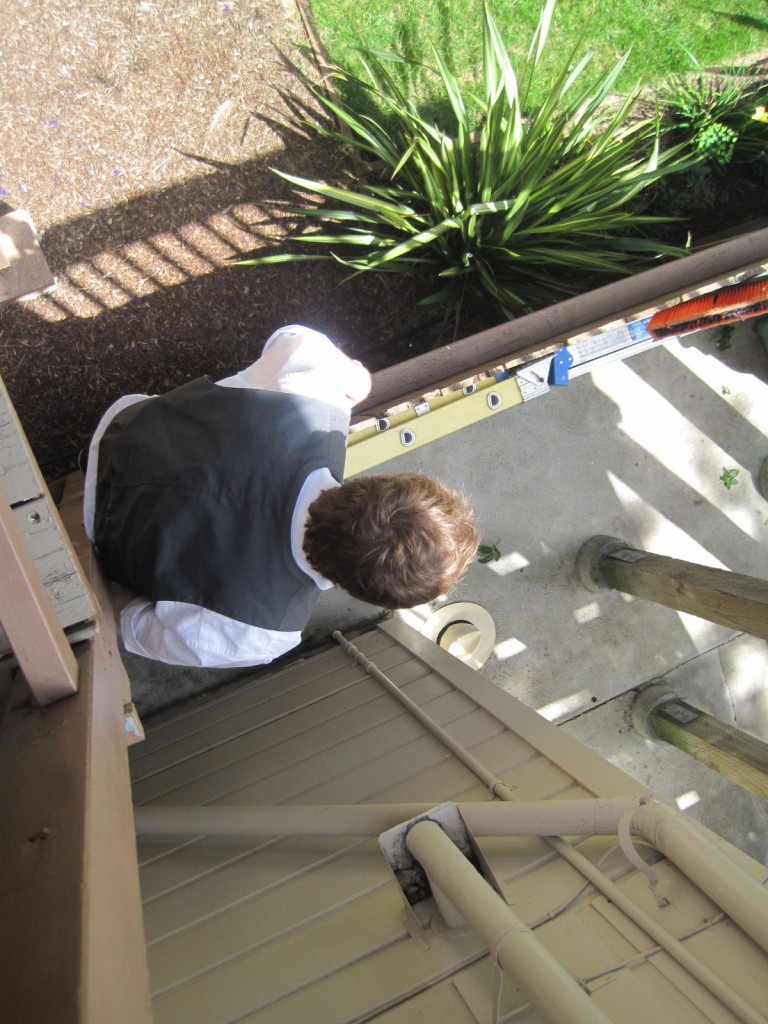 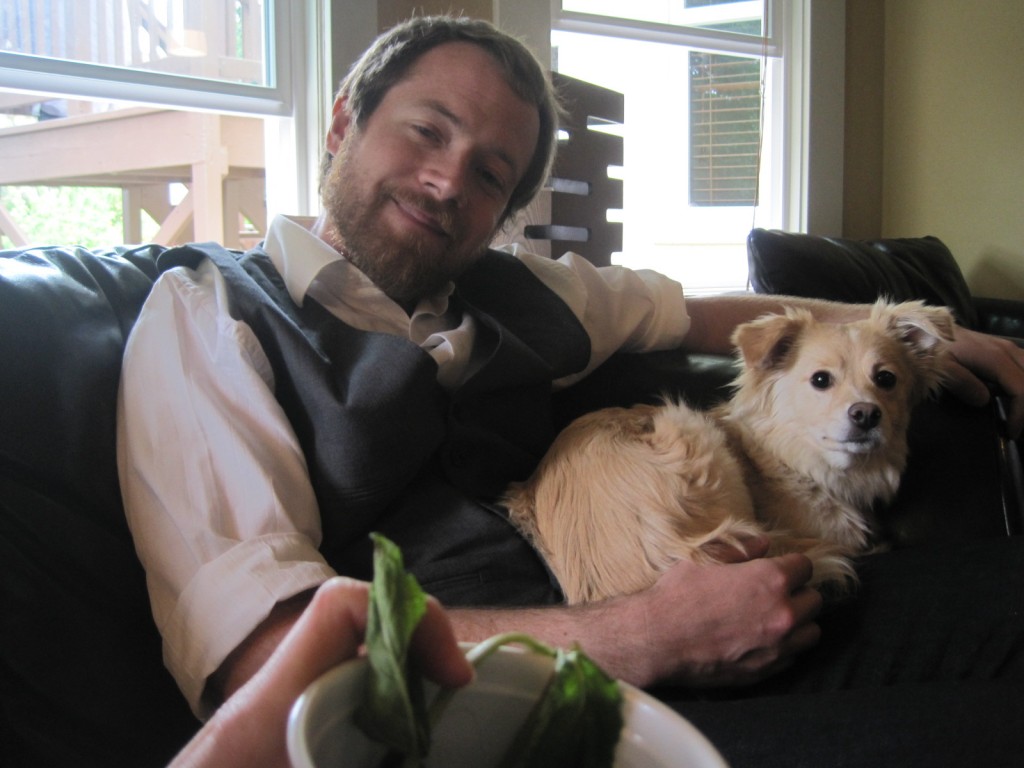 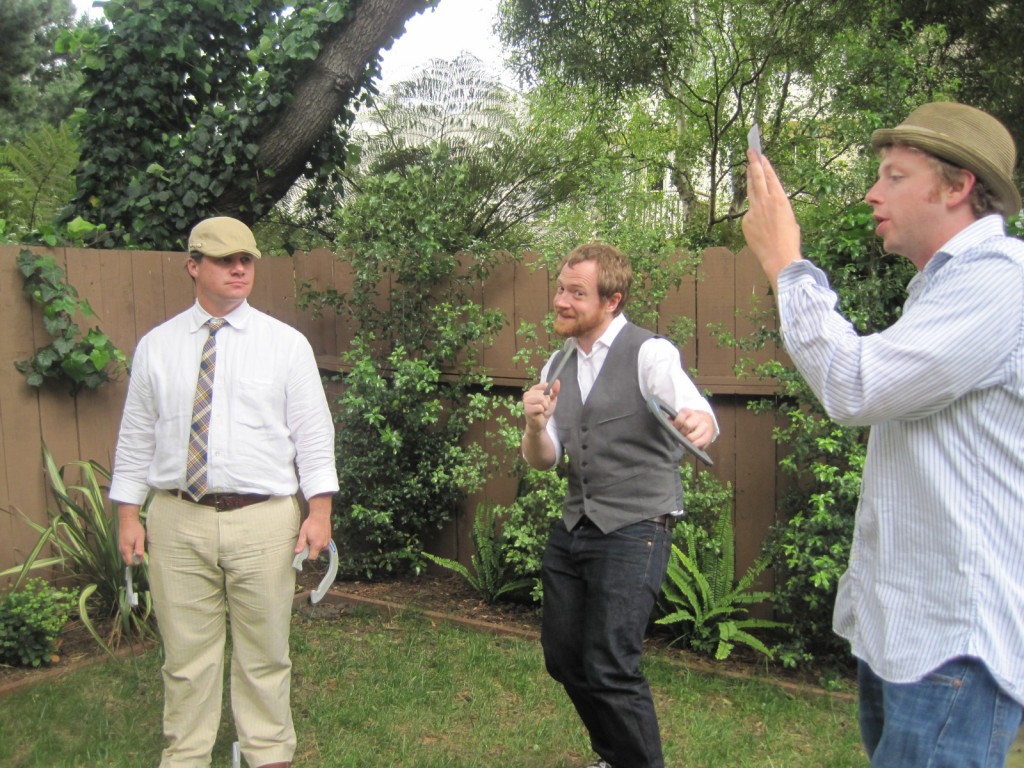 And now a game of horseshoes… 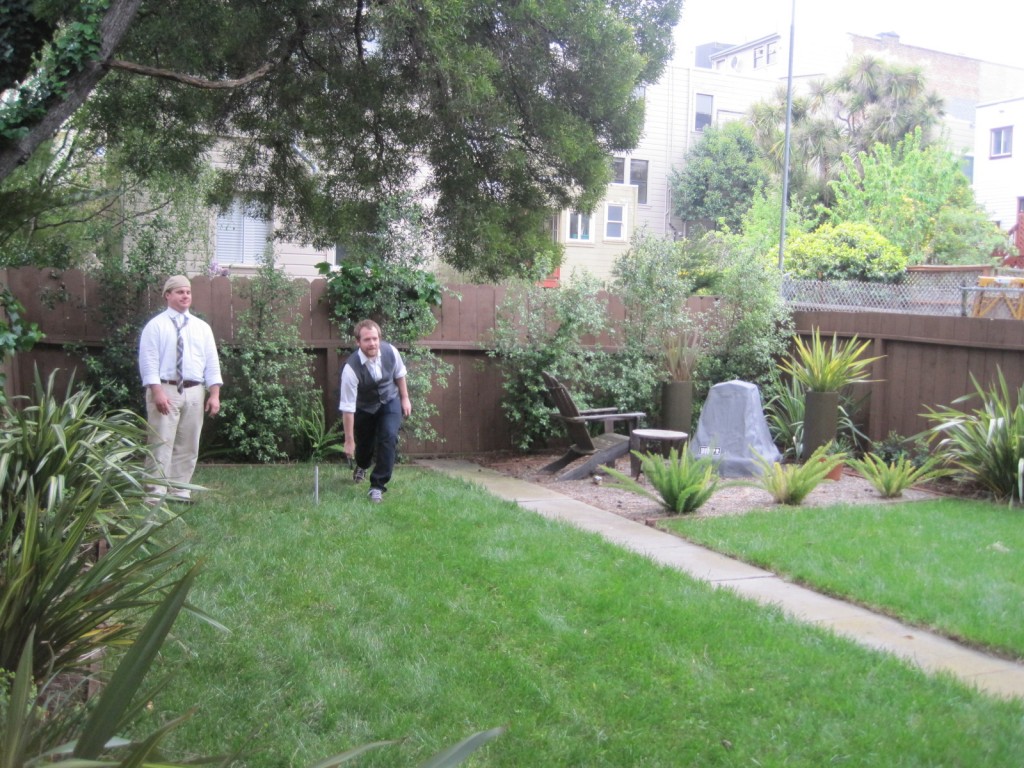 I played a round. It was actually really tricky.

A trip to Berkeley to celebrate the 10th Anniversary of the Berkeley Science Review...

There was free beer, but that isn’t normally enough to get me to go anywhere. It was just nice to get out of the city and support our friends, who are all “famous scientists.”

Look at this here science! 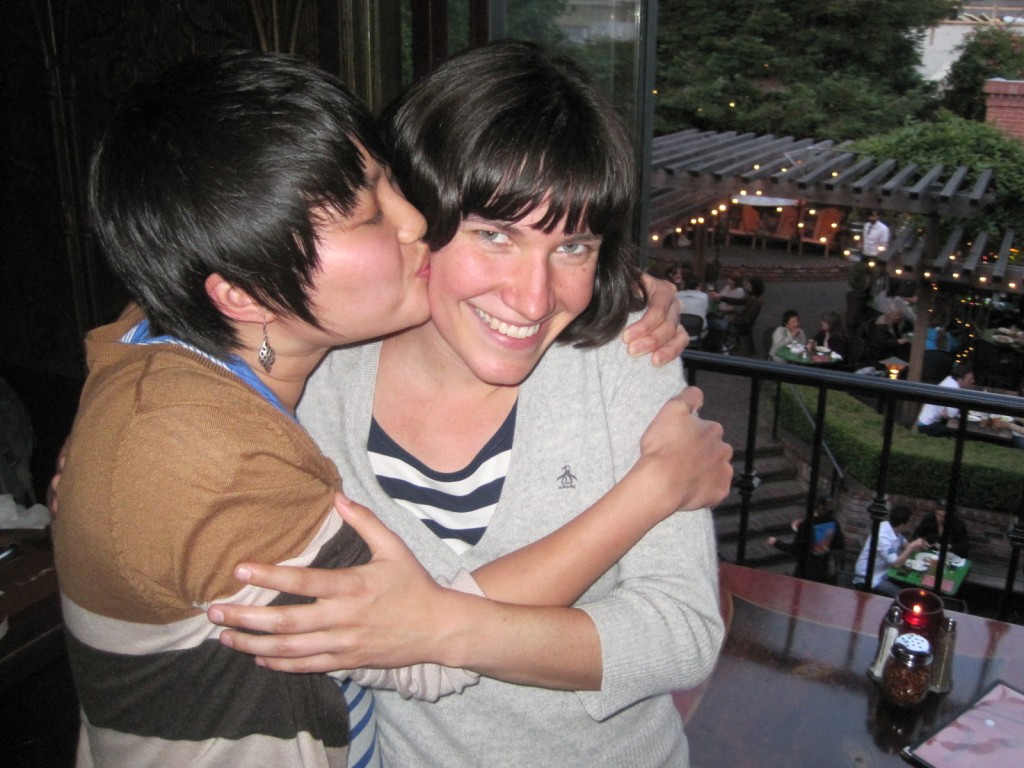 After all that science excitement you might say I got a little “Pepe LePew.”

Weekend #2: Of Montreal at the Fillmore, Man Man at Bimbo’s, Bay to Breakers

Really a blowout weekend… Unfortunately my Of Montreal/Man Man pics were miserable. Trust me that they were wonderful shows. Go and see them sometime!

Here’s a few pics from the ING “Bay to Breakers” race. It’ s a race that starts downtown in SF, cuts across the city, and then finishes at the ocean. There are actual runners in the race, but the event is more famous for being an excuse to wear a costume and drink heavily while walking/watching the race. It’s very “San Francisco.” 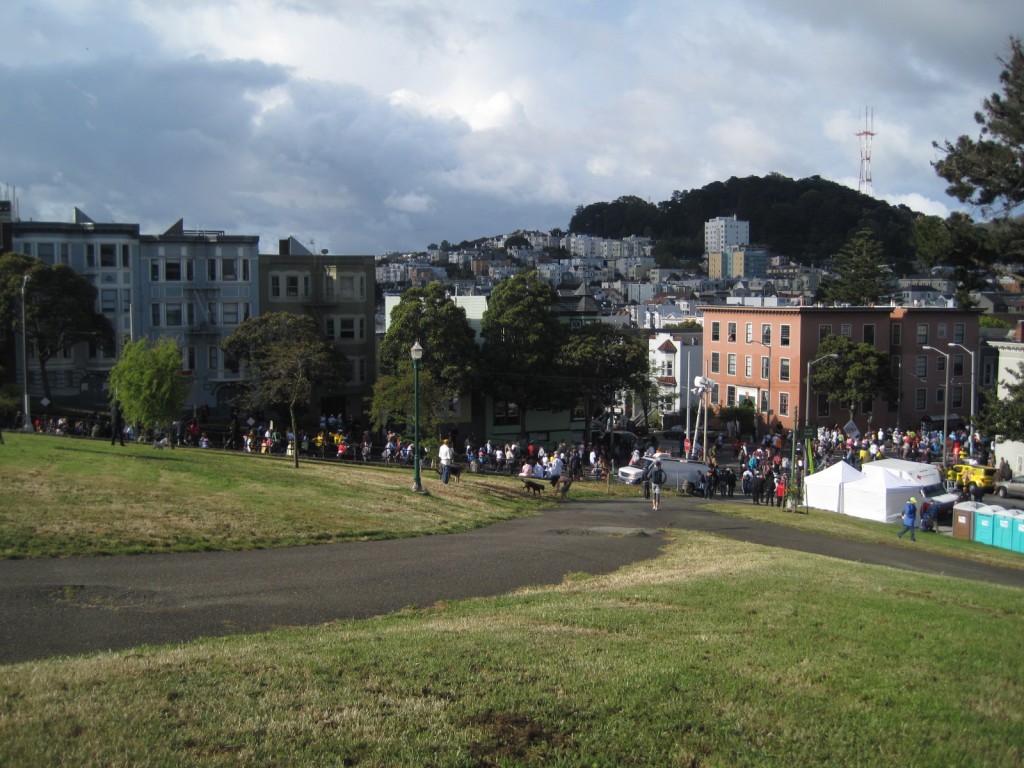 The scene from Alamo Square. 8:30 am (There is intense dance music playing in the background)

There were so many naked people running it wasn’t even funny. Also a lot of Marios. And Osamas. 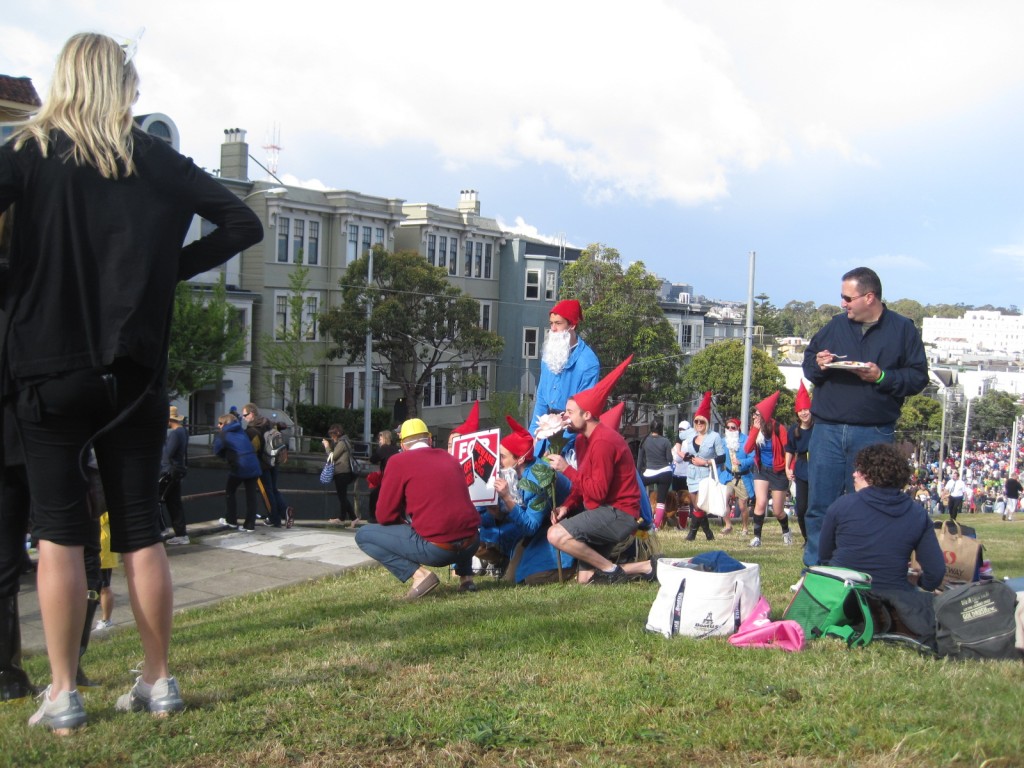 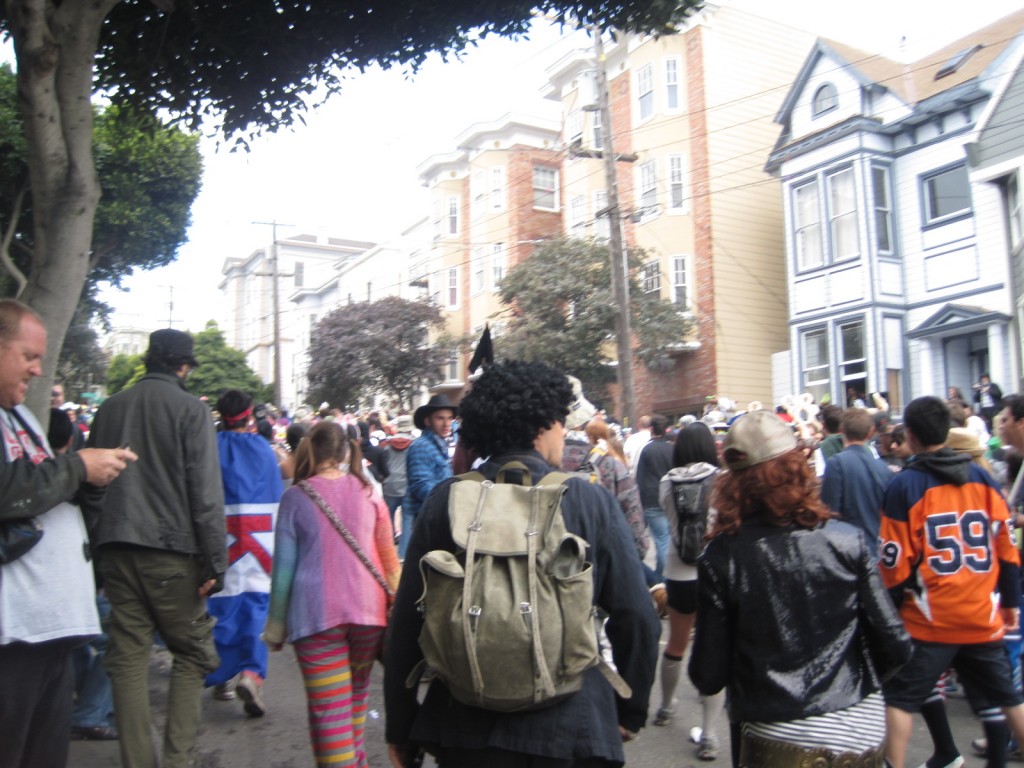 While I ate breakfast and watched the crowds go by, I was torn between regret that I wasn’t running the race in costume, and a desire to get the hell out of there. It was a HOT MESS. Who knows, maybe next year? It’s only 7 miles-ish. 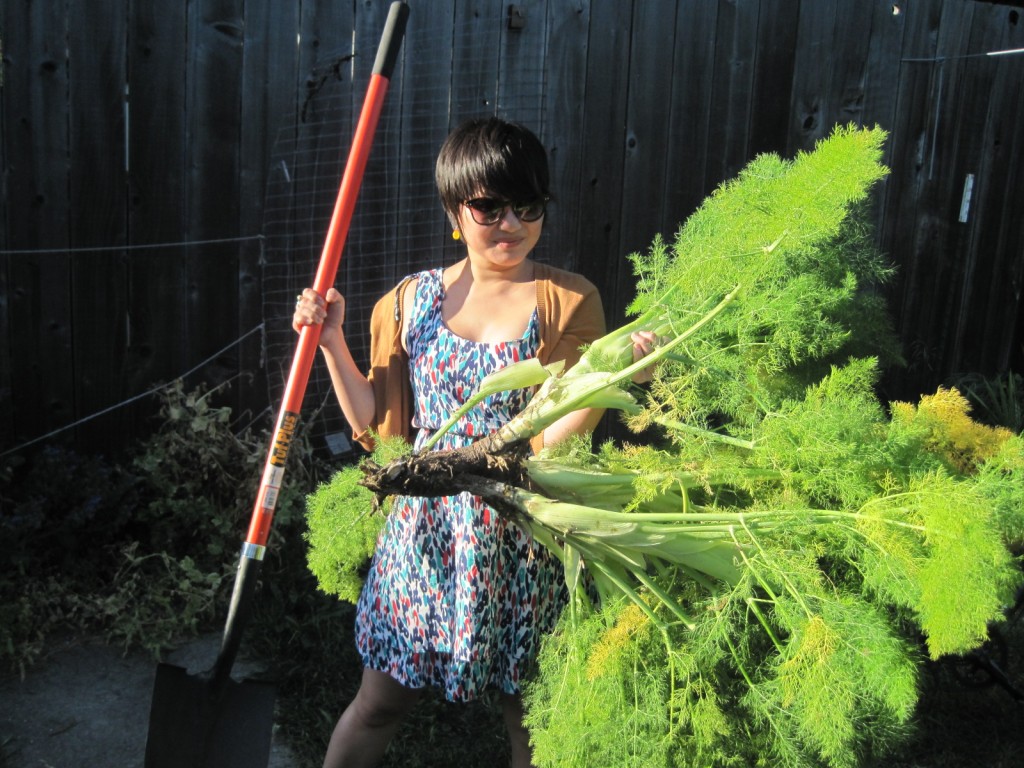 Last week we went to Berkeley for a garden birthday party. The wood burning pizza oven was going, and we were looking for toppings. Berkeley Bowl is great, but how about the fennel growing outside? Free is free!

Jill started going at it with the shovel, but the ground was really dry.

Or was he put to work? I suppose it was only a matter of time before he started taking up gardening… 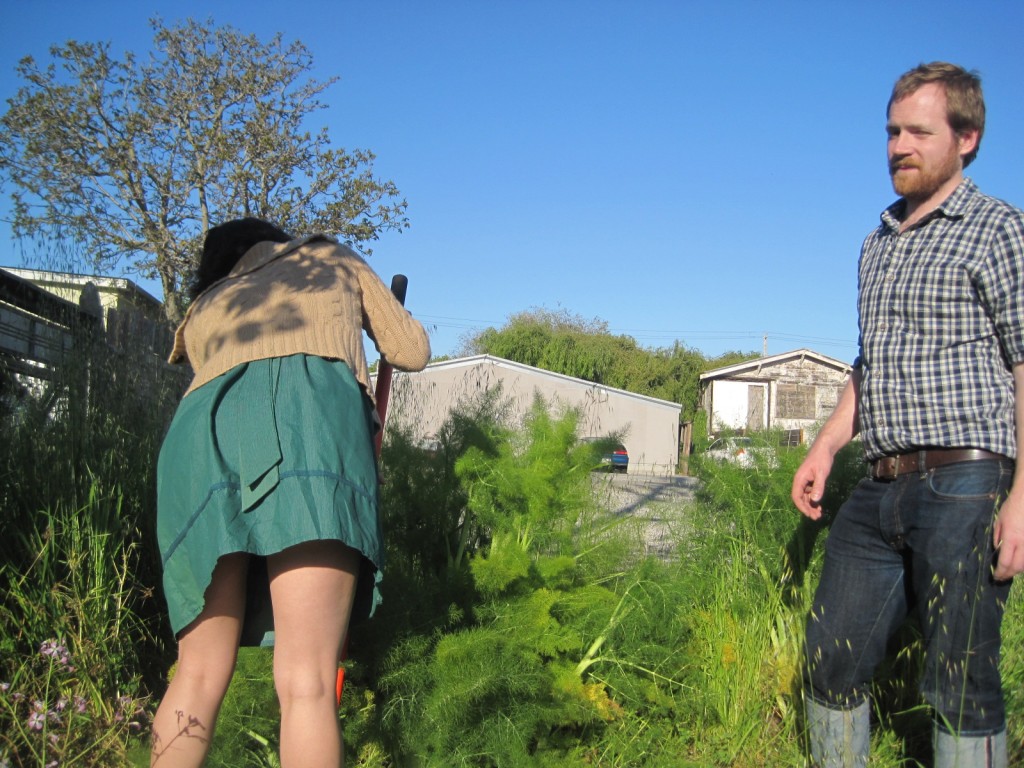 We took turns…When it was my turn I hacked at the roots and broke the end in half. Oops! So much for the roots.

It was a monster!! 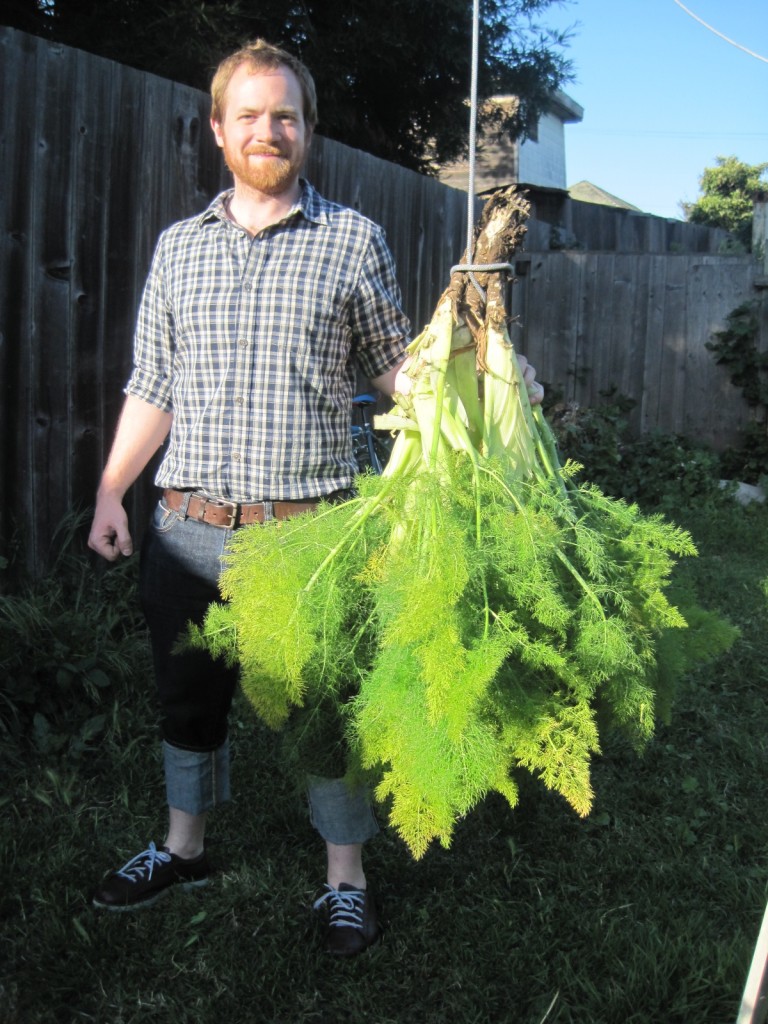 We strung it up for fun, and no, we didn’t end up putting it on our pizza.