It turned out to be a good choice. The conference had some really strong content, and an amazing vibe of acceptance and inclusion (it was woke as fuck, as I said in my coding blog). It’s strange. How do you create an atmosphere like that? One thing that they did do was offer tons of scholarships. I think there were 50+ programmers there for free. Â It was a conference focused on new programmers, so that might have checked some Â egos at the door. It was also a single track conference, which was new to me. I was stuck in the same room with a couple hundred other people 9-5 for 2 days. We should have gone insane, but we didn’t. The Bollywood dancing helped. Oh! I also ran into a few folks from my bootcampÂ that I recognized from their Github profiles. Great to meet people in real life. 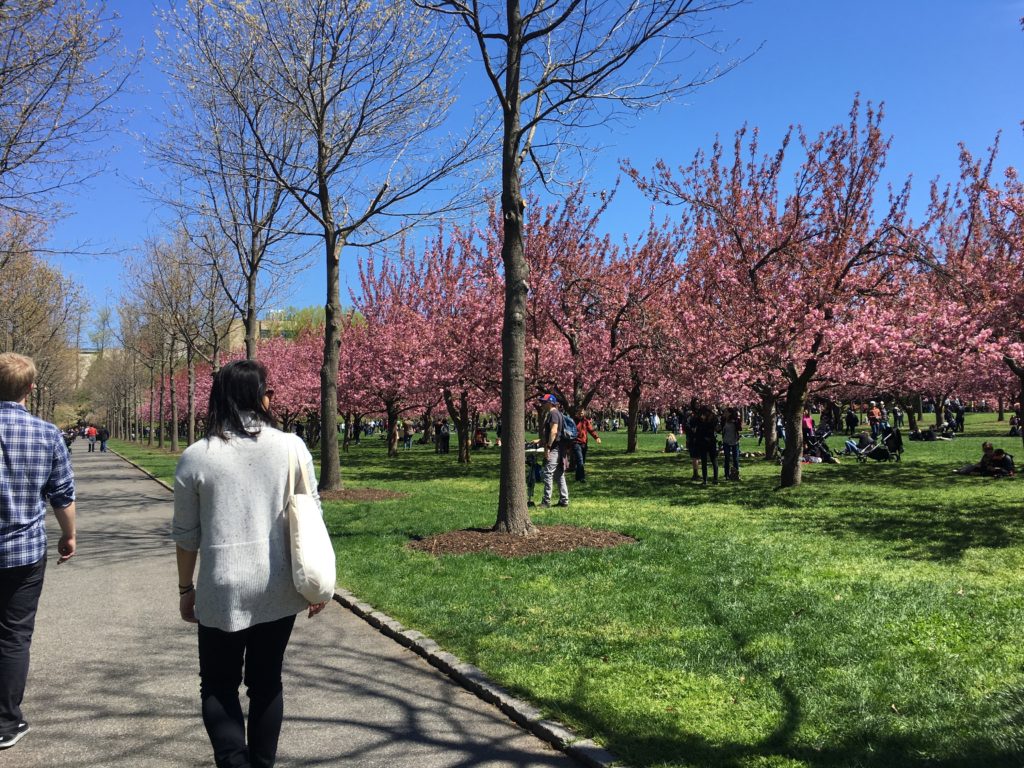 I also had terrible public transit luck, getting stuck on the subway during a massive power outage on my way to day one of the conference. I was stuck for a half hour, missing the first few talks. Others weren’t so lucky, and sat in dark trains for an hour or more. Then on my way out to the airport the AirTrainÂ was busted. The unmarked shuttle bus was packed with unhappy people, and whenever we stopped at a terminal, people waiting to get on couldn’t because tourists did not want to get off or move in away from the bag rack to let others on. One lady who I guess was really late for her flight begged for people to move back to make space, but nobody moved. She became angry, and yelled at us as we puttered away. Sitting next to me was a very dapper gentleman rage posting on Facebook about the incompetence of the MTA(“This is sooo New York”). Once I got to JFK, my flight was delayed an hour. Then 2 hours. Then 3 hours. I later learned that SFO was doing some pre-scheduled maintenance of the runways, going from 5 runways to 1*. WTH. It was chaos, and flights to SFO were getting pushed back and cancelled. I didn’t get in until 2am, and had to pony up forty bucks for a cab home, which normally I would bitch about, but really I was just so relieved to be home and done traveling. What a mess!

Speaking of homes, I’ve made more progress in the process of applying for a Below Market Rate apartment. Â I finished my apprenticeship in April and got hired on full time as a software developer, just barely making the max income cutoff. With my income looking steadier, I was finally ready for my one on one counseling session to go over my goals andÂ budget for househunting. TheÂ housing counselor was initially kind of hostile and challenging toward me. He was giving me shit about my proof of income, then he really wanted me to tell him about Yale, and how pretentious my classmates were, but I wasn’t biting, and hello college was forever ago man. Eventually heÂ softened up, and by the end he was encouraging, saying that I was in a good place to buy (good income, no debt, etc.). He approved me, pushing me on to the next step. I just need to get pre-approved for a loan, and then I can start applying.

I still waver between “meh” and “no” on the whole buying an apartment thing, but Â even if I don’t continue, it felt really good to run the numbers with an objective third party and hear that if I wanted to, I could buy an (below market rate…) apartment by myself. These scenarios involveÂ tapping my retirement or borrowing $ for a down payment, but let’s just ignore that and say I’ve made it! Woot!

Hello from New York! Got in on Friday Â and staying a week. Since I’m tagging along on Ryan’s trip out east, I didn’t come with much of an agenda. However there has been plenty to fill my days as when I’m not walking around, I’m studying.