On Tuesday I got a great surprise- the chick from Hyperbole & A Half was on Fresh Air, promoting her new book. Â Well, make that two surprises, because I’d totally forgotten about the book.

The book is made up of some original content & some work from the blog. One of the most popular posts (which I linked to back in the day) was her two part series about living with depression. So of course it came up in the interview. The part about mental health is a must listen, especially if you have depression or know somebody who struggles with it. She describes the feelings (or uh lack of feelings) so vividly.

Talking about personal experiences with depression is never going to be easy, but hot damn! As the interview progressed my jaw dropped lower and lower. There seriously should have been a trigger warning. Terry Gross normally is pretty good about gauging the comfort level of her guests as she goes but in this interview she ended up fixating on the suicide aspect of this woman’s depression. She pressed and prodded, ultimately asking the guest to specifically detail out her previous suicide plans. Wow. O_O Â It was so overwhelming to listen to this poor woman explain in a trembling voice how she was going to fake a drowning accident. I was basically crying at my desk at work. I had to take a break.

I don’t think that depression should be off the table for talking about in an interview, since it’s part of the author’s artistic work, but I just felt so ill during that segment. It felt mildly exploitative.

That said, the interview is mostly not a downer/ super hilarious . Seriously, just listen to it! Tho maybe not at work if you are a crybaby like me. 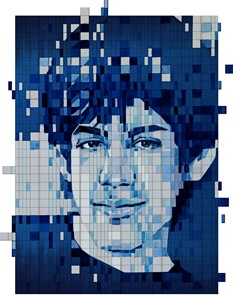 The conversation in the media around depression and other mood disorders has been supercharged lately, what with the too numerous tragedies and the implications of health care reform. I read all relevant pieces that I come across, so I thought that I would start flagging the good ones here.Â

A few weeks ago I read a New Yorker bio piece aboutÂ Aaron Swartz.Â I didn’t know a ton about him and his life (unfortunately I knew more about his death, how terrible is that?), yet I was touched by the piece.

While I read it I Â found myself nodding along with descriptions of him from his friends and family, and also excerpts from his personal blog. There were expressed so many familiar feelings of continuous struggle, questioning life as a game, longing for intimacy yet shutting oneself off from others, and being afraid to ask for help. Well, maybe too afraid, or maybe too proud. Anyways, it all felt a bit too familiar. It’s a very thoughtful and sometimes infuriating piece.