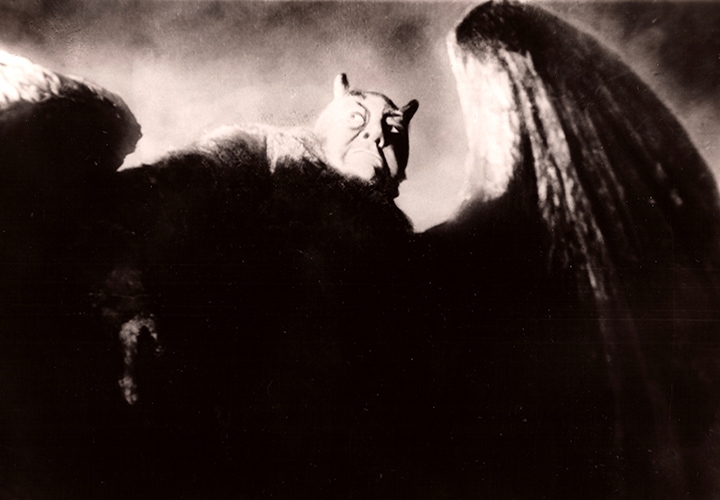 The photos and film descriptions are from SF’s Silent Film Fest website.Â If you click on the movie name it will take you to the Netflix streaming page.

F.W. Murnauâ€™sÂ FaustÂ is the most expressive telling of the old European legend, immortalized by Goethe, of the learned man who sells his soul to the devil. Magnificent in its surreal depictions of heaven and hell and a nightmarishly otherworldly world,Â FaustÂ is masterpiece of German Expressionism, as boldly distinctive as Murnauâ€™s other horror masterpiece,Â Nosferatu. When Emil Janningsâ€™s wily Mephisto shows up to tempt Faust (GÃ¶sta Ekmann), a man of books and learning, with the ability to cure the plagueÂ andÂ a 24-hour return to his youthful body, it seems God may have lost his wager with the devil over pious Faustâ€™s immortal soul. Or has he? Murnauâ€™s use of chiaroscuro effect beautifully contrasts light and dark, life and death; and evil is chillingly limned by Janningsâ€™s brilliantly nuanced, subtly comic performance. 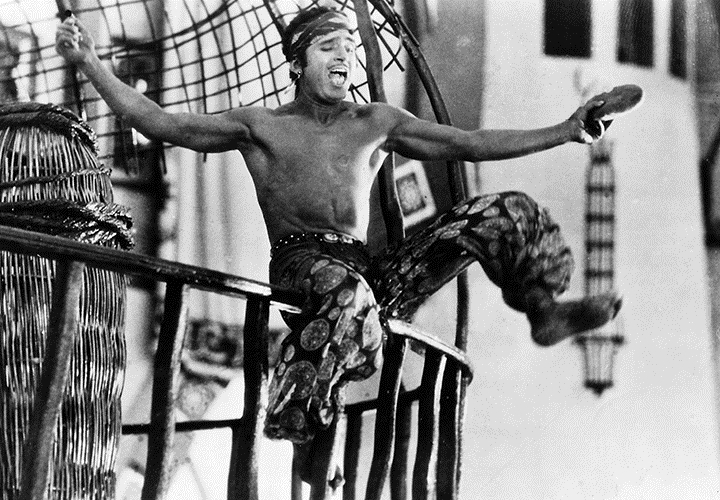 Douglas Fairbanksâ€™s personal favorite,Â The Thief of BagdadÂ shows him at the top of his charming, acrobatic game. Directed by Raoul Walsh and adapted fromÂ One Thousand and One Nights, the story revolves around a thief (Fairbanks) who falls in love with the daughter (Julanne Johnston) of the Caliph of Bagdad. So overcome with love that he refuses to be deceptive about his true identity, Fairbanksâ€™s thief still has the chance to win the fair maiden by bringing back the worldâ€™s rarest treasures. Thus begins a rousing fantasy replete with flying carpets, winged horses, and underwater sea monsters. Exquisite camerawork and lavish sets support early special effects to makeÂ ThiefÂ a wildly entertaining spectacle.