Hello from New York! Got in on Friday Â and staying a week. Since I’m tagging along on Ryan’s trip out east, I didn’t come with much of an agenda. However there has been plenty to fill my days as when I’m not walking around, I’m studying. 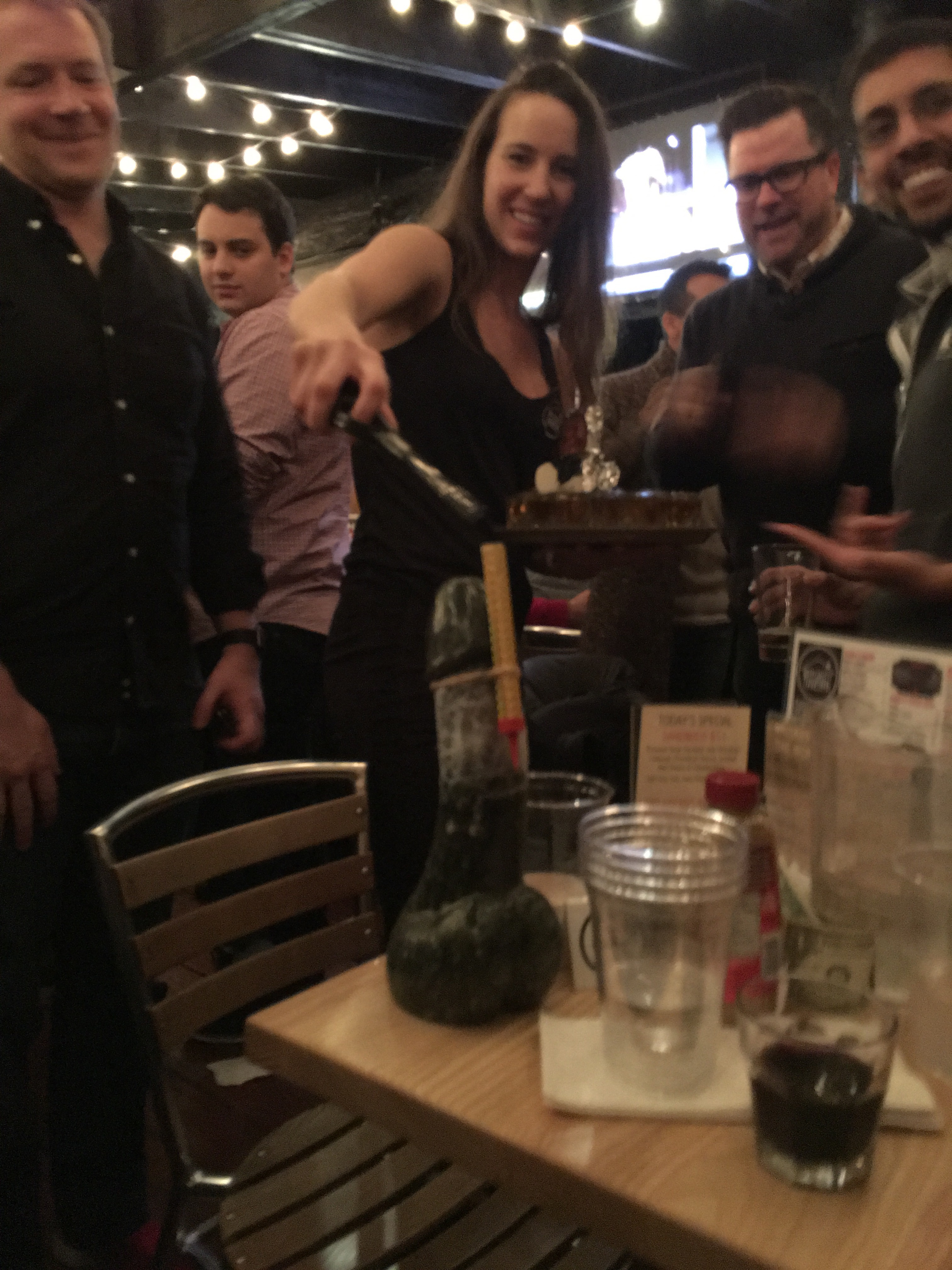 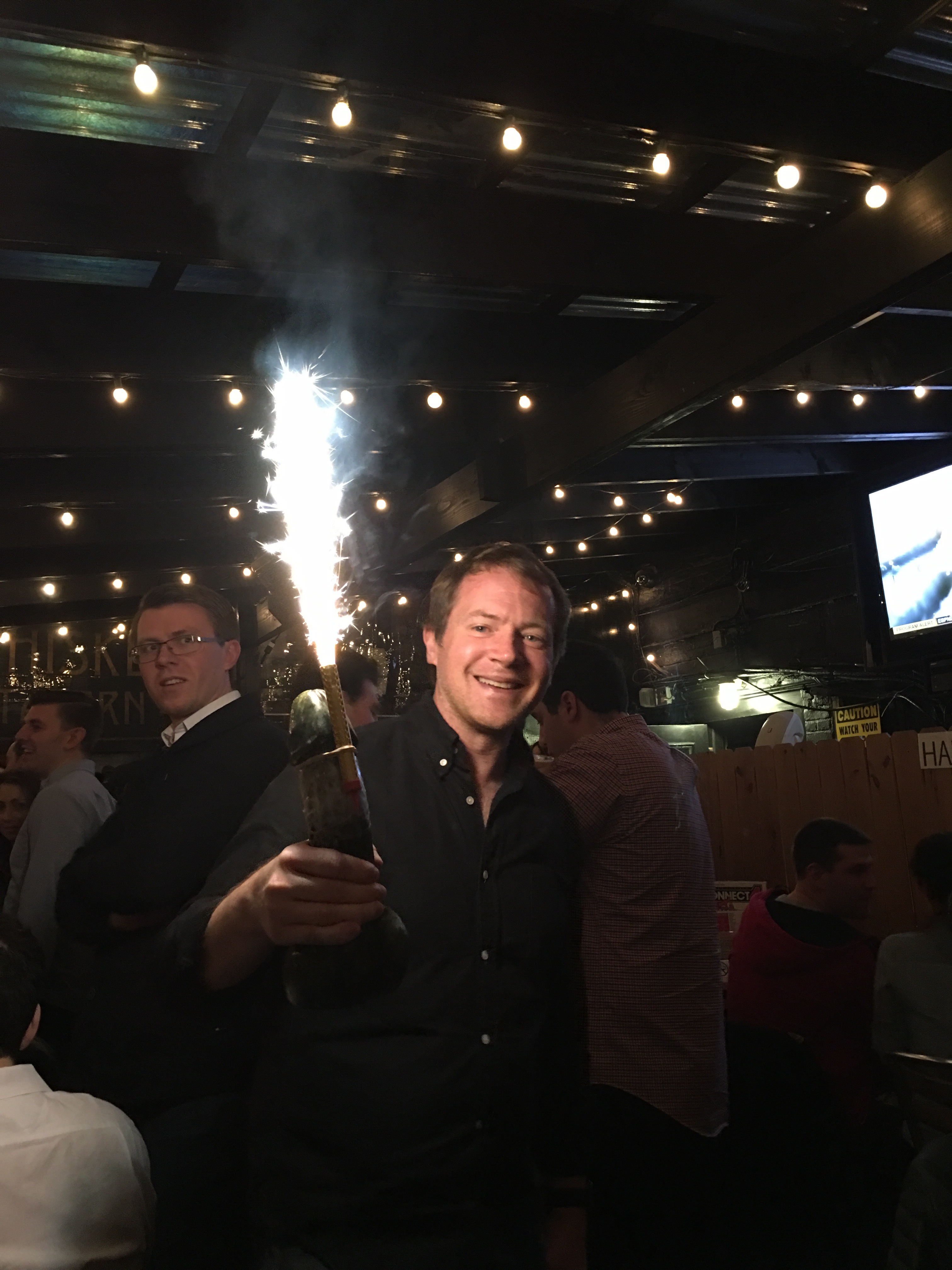 On Sunday we walked the Brooklyn Bridge and hit up the flea market down there. I was sorely tempted, but decided not to buy a bunch of crap that reminded me of my childhood. After that, we wandered around the High Line. There was some sort of Marimekko for Target event going on, which was silly but fun. They had a variety of fun rooms at various points that each used Marimekko prints (bouncy house, musical floor, swings) 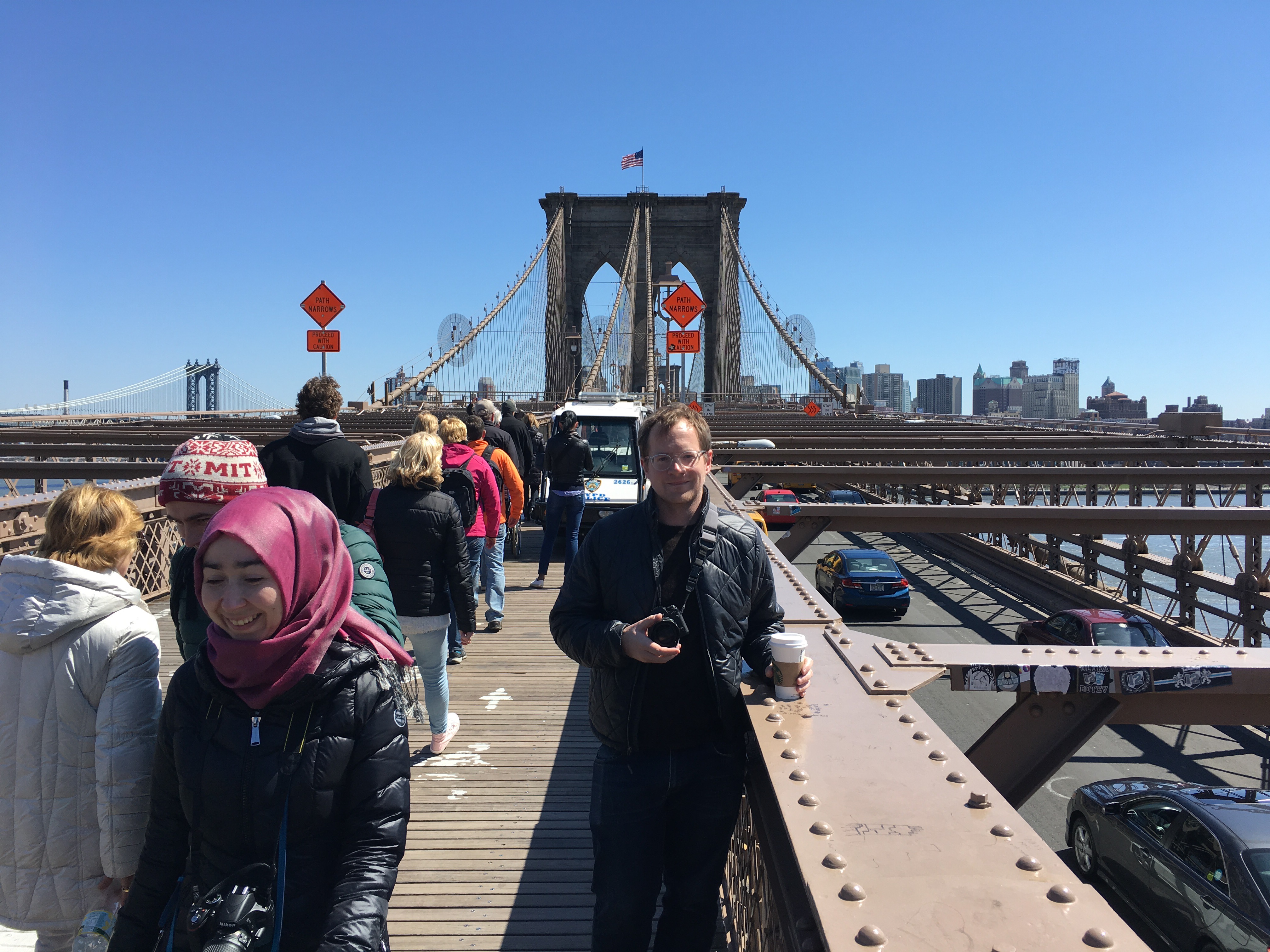 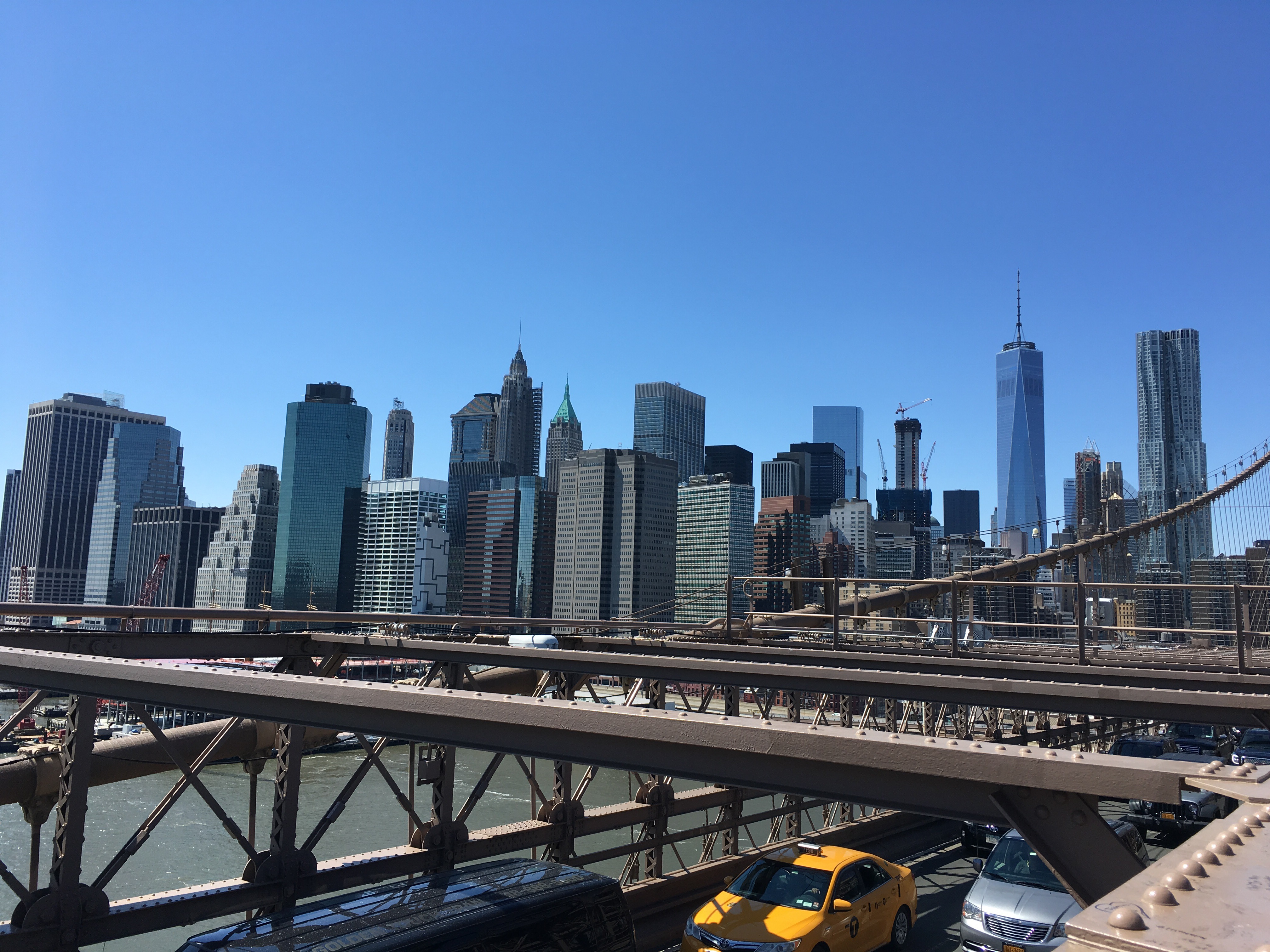 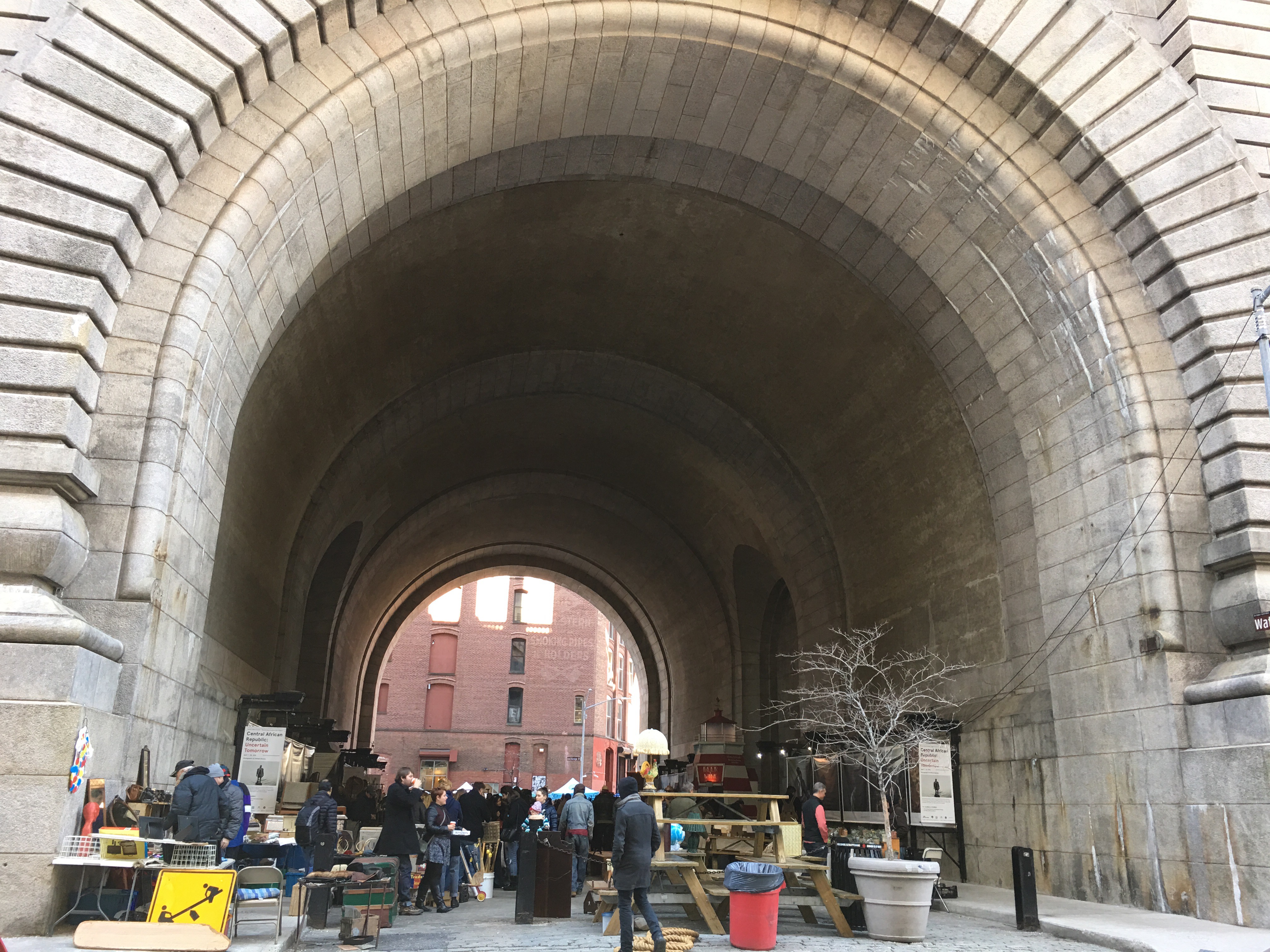 We ended up in Chinatown again because I wanted pho, and as we were walking we passed an insanely popular ice cream shop. Their whole schtick was that beautiful employees who look like K-Pop stars (all male :)Â ) would make ice cream for you on the spot to â€¦ loud Chinese pop music! Is C-Pop a thing? Â I hate lines andÂ I was hesitant to pay $7 a bowl for ice cream, but hey I was playing tourist, and the ice cream was actually really good. 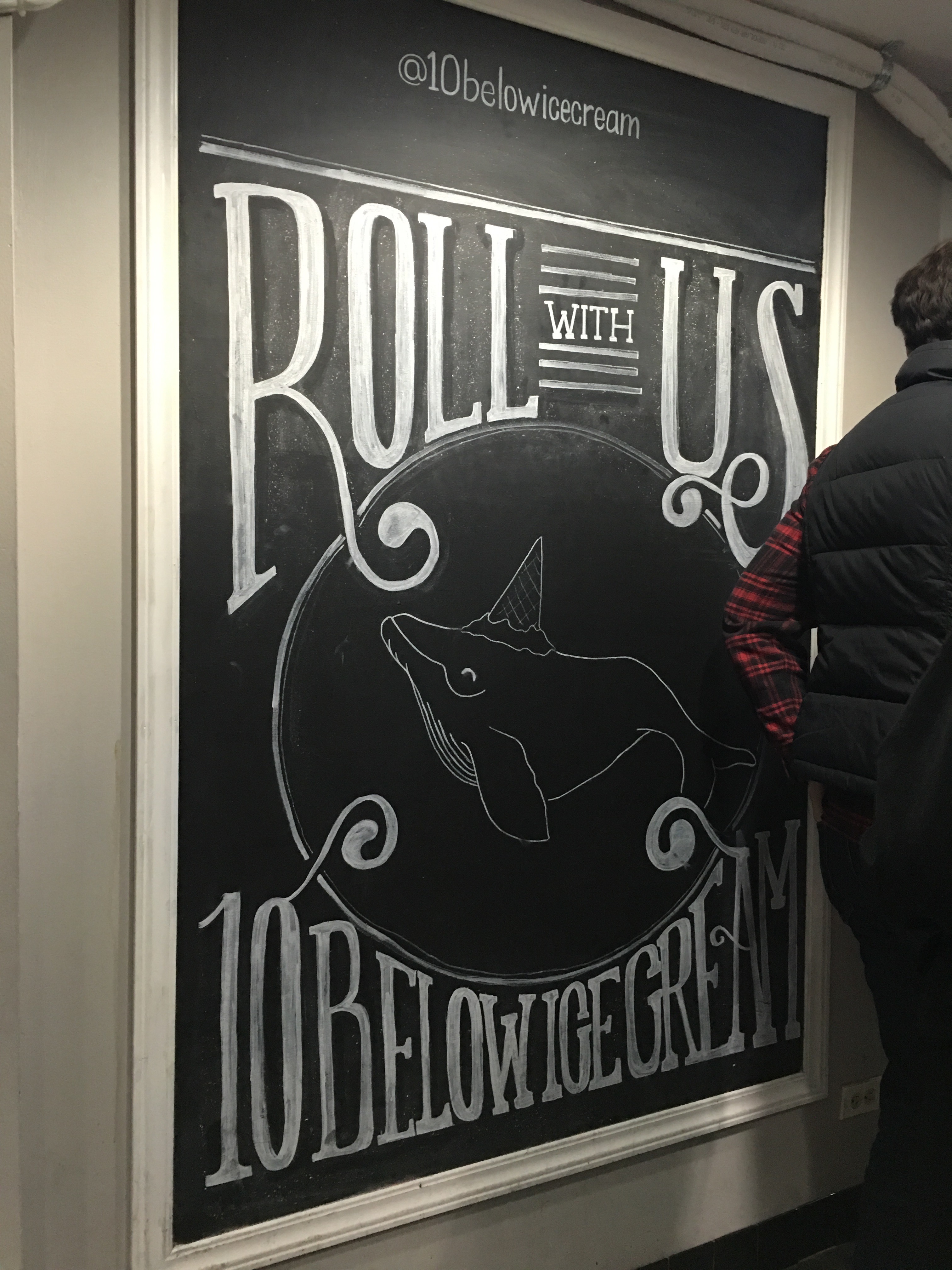 The process was mesmerizing! Skip to the end to see him make the ice cream rolls. 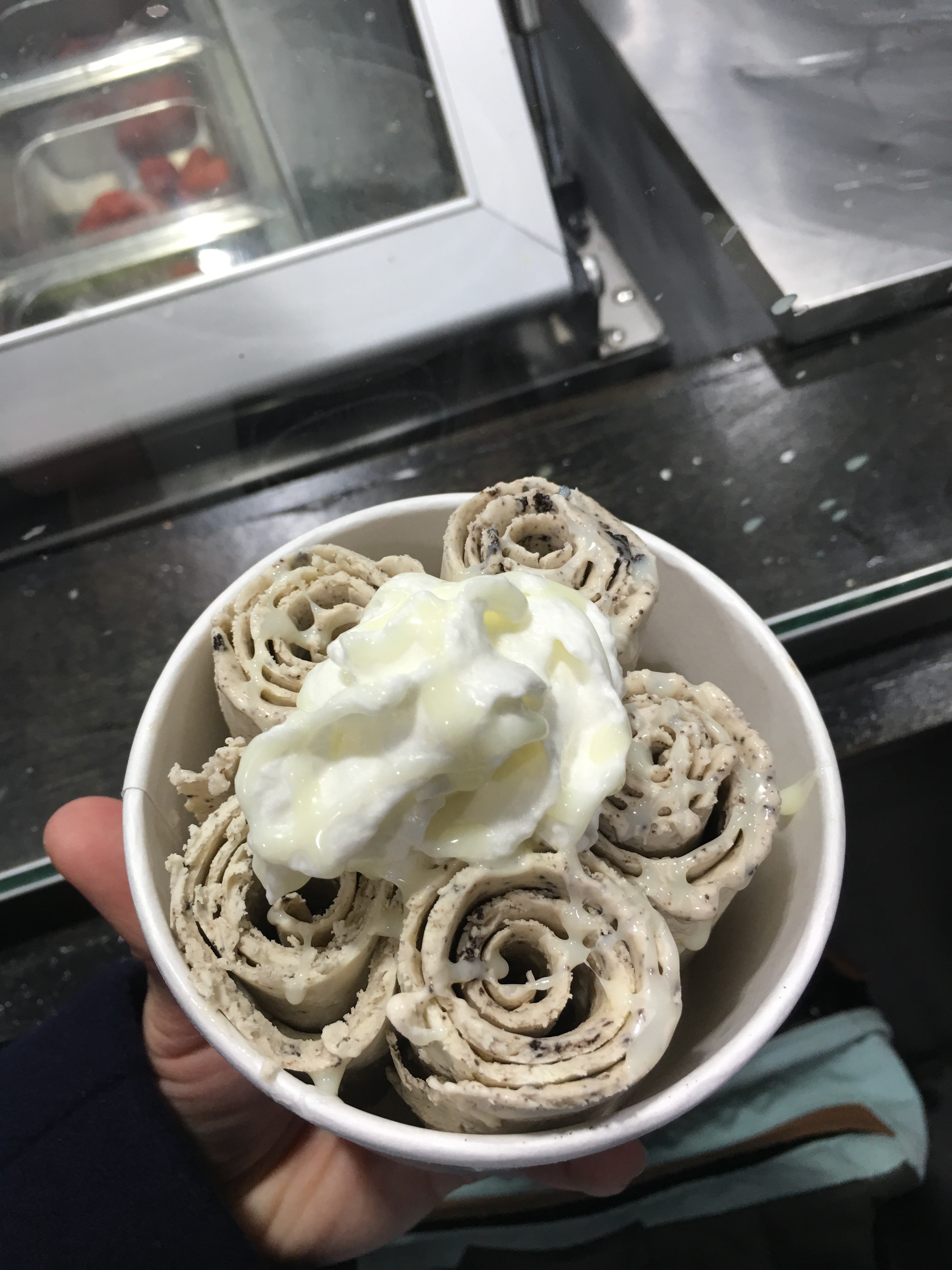 On Monday we toured Flatiron School, the campus for the web dev programÂ that Iâ€™m doing (remotely). Iâ€™ve visited other bootcamp campuses (bootcampuses???) in San Francisco (Dev Bootcamp, MakerSquare and Galvanize), and the energy was similar, minus the hoverboards, costumes and yoga of Dev Bootcamp. As a remoteÂ student, after I had my tour I could come back whenever to study/hang out. Iâ€™m writing from Flatiron right now! 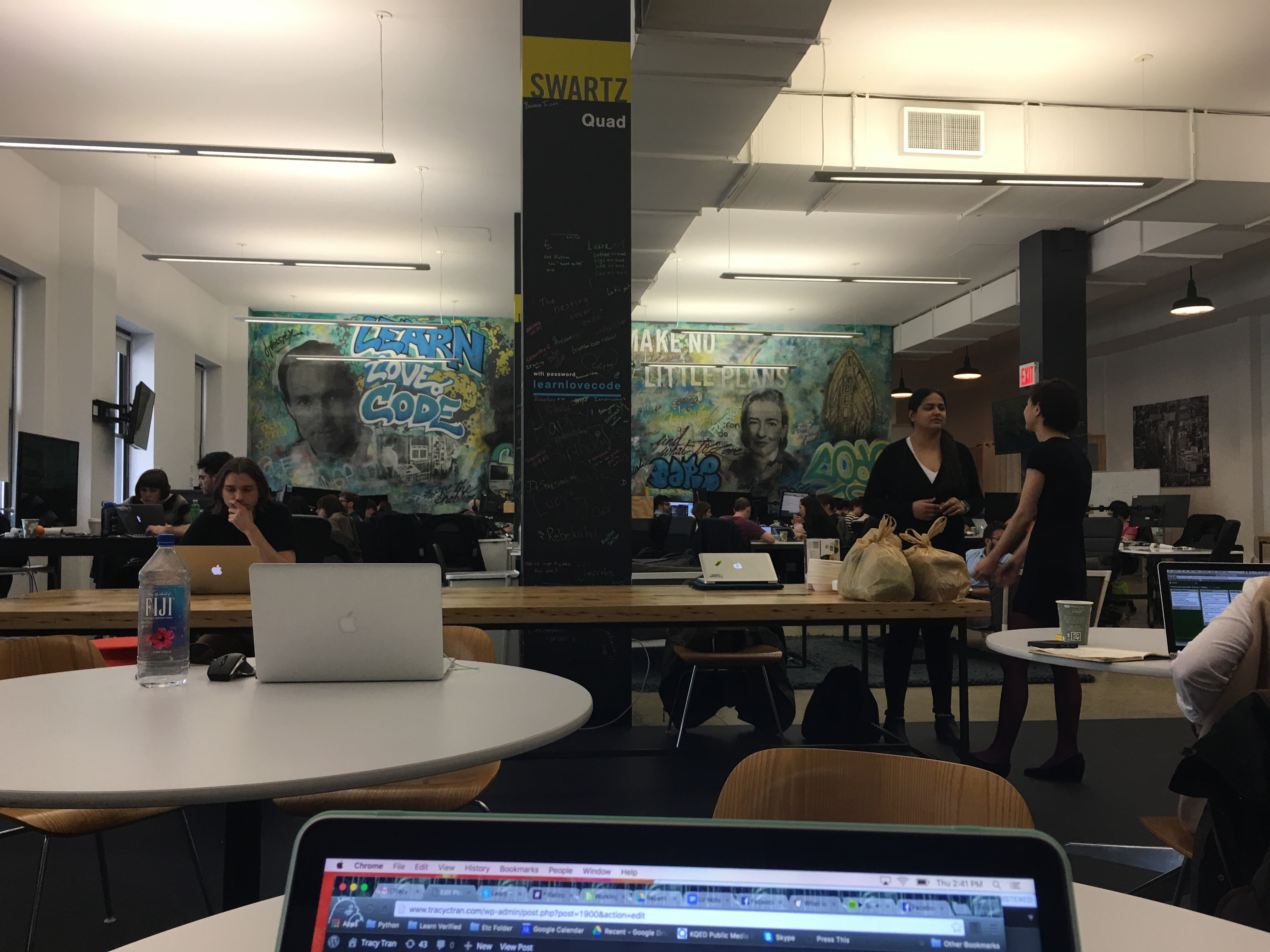 Later that night I accompanied Ryan to an event at Grand Central Tech, where the topic was Â mentorsÂ and how startup founders could get the most out of their mentor relationships. It was a timely conversation, asÂ I was meeting up with one of my mentors the next day, and suddenly I was wondering what value it was that I was offering. The answer? Still not sure, but I know that it does feel good to help people.

I went into Grand Central afterwards to catch the subway, and found myself feeling kind of nostalgic for my Yale days. I got so many flashbacks of running to catch the Metro North. It was bittersweet, mostly because that feels like it was another life. 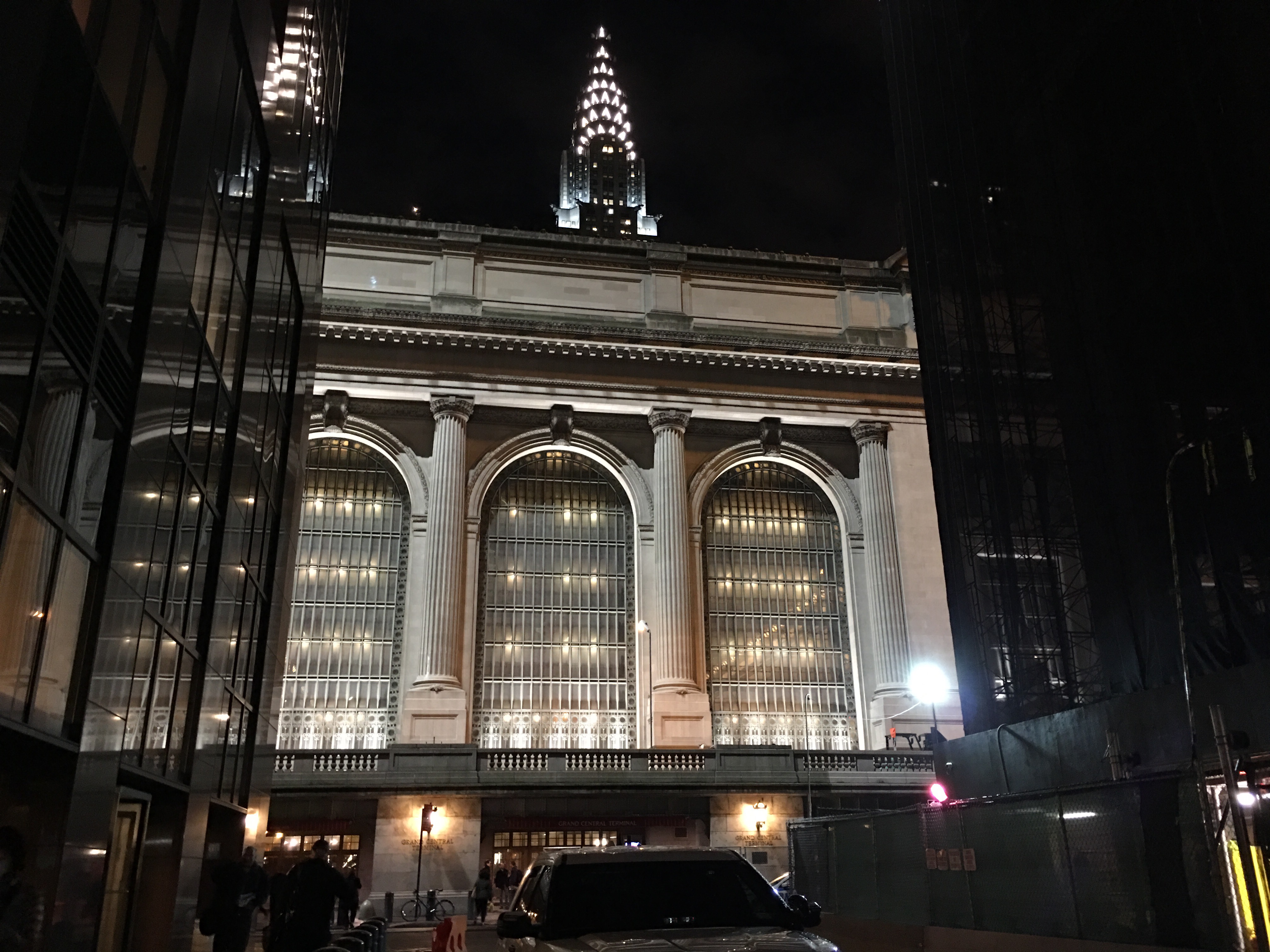 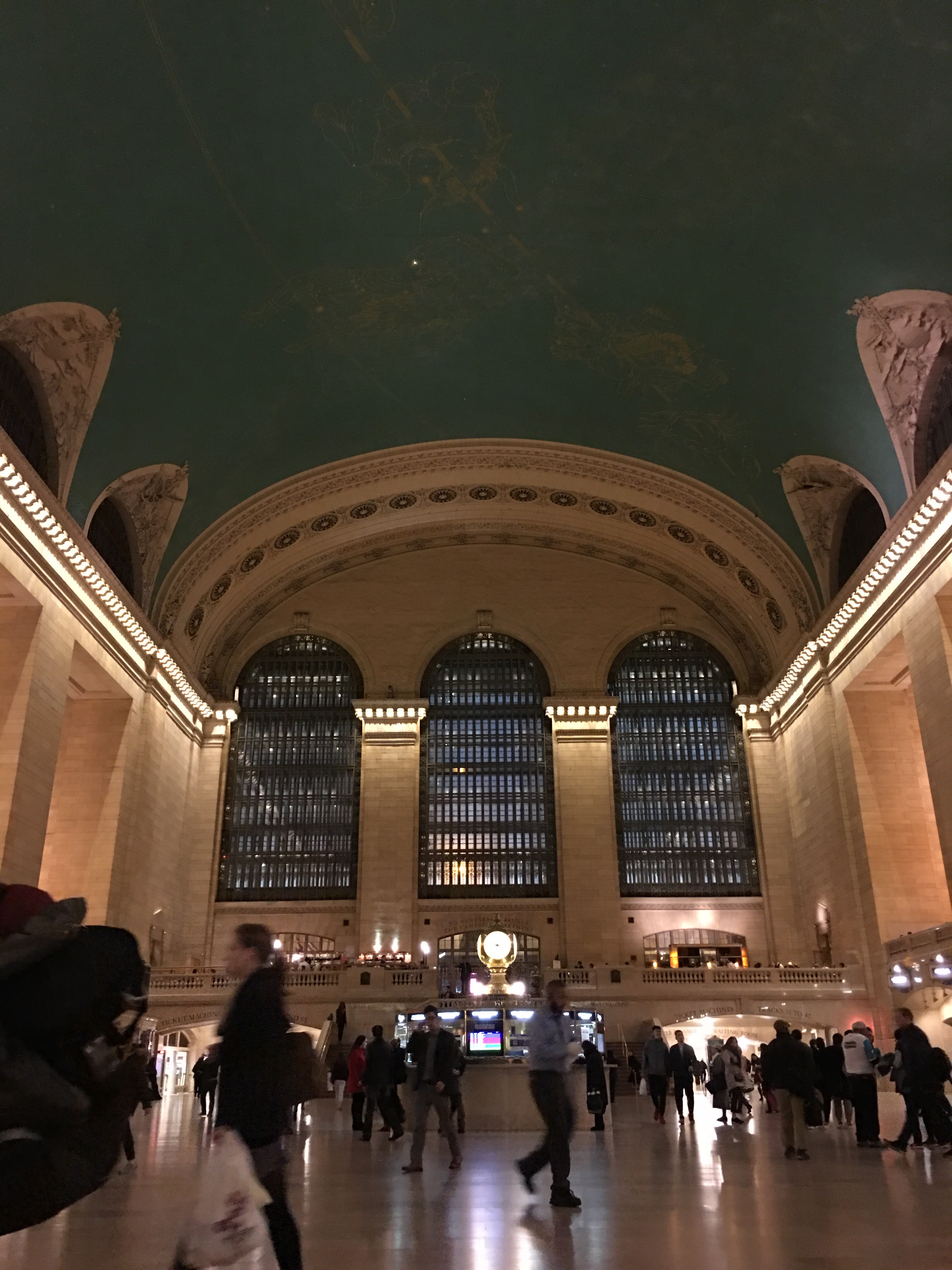 On TuesdayÂ I studied for about ten hours, all over the city in parks and hotel bars. Kind of nice actually.

WednesdayÂ we went toÂ check out the new WeLive coliving housing. Many of the articles that Iâ€™ve read about WeLive and other â€œcolivingâ€ experiments make it sound like a dorm, and thatâ€™s what I had in my mind as well. In practice, the convenience offered by WeLive seemed kind of nice. A month-to-month prefurnished apartment that is not gross looking and comes with built in excuses to socialize with other young people â€“ pretty perfect for the fresh out of college folks, and other people in transition or new to a city. Our tour guide was 23 and had moved to New York a year earlier, so she was a great salesperson for the concept. If itâ€™s a dorm, itâ€™s a dorm++. 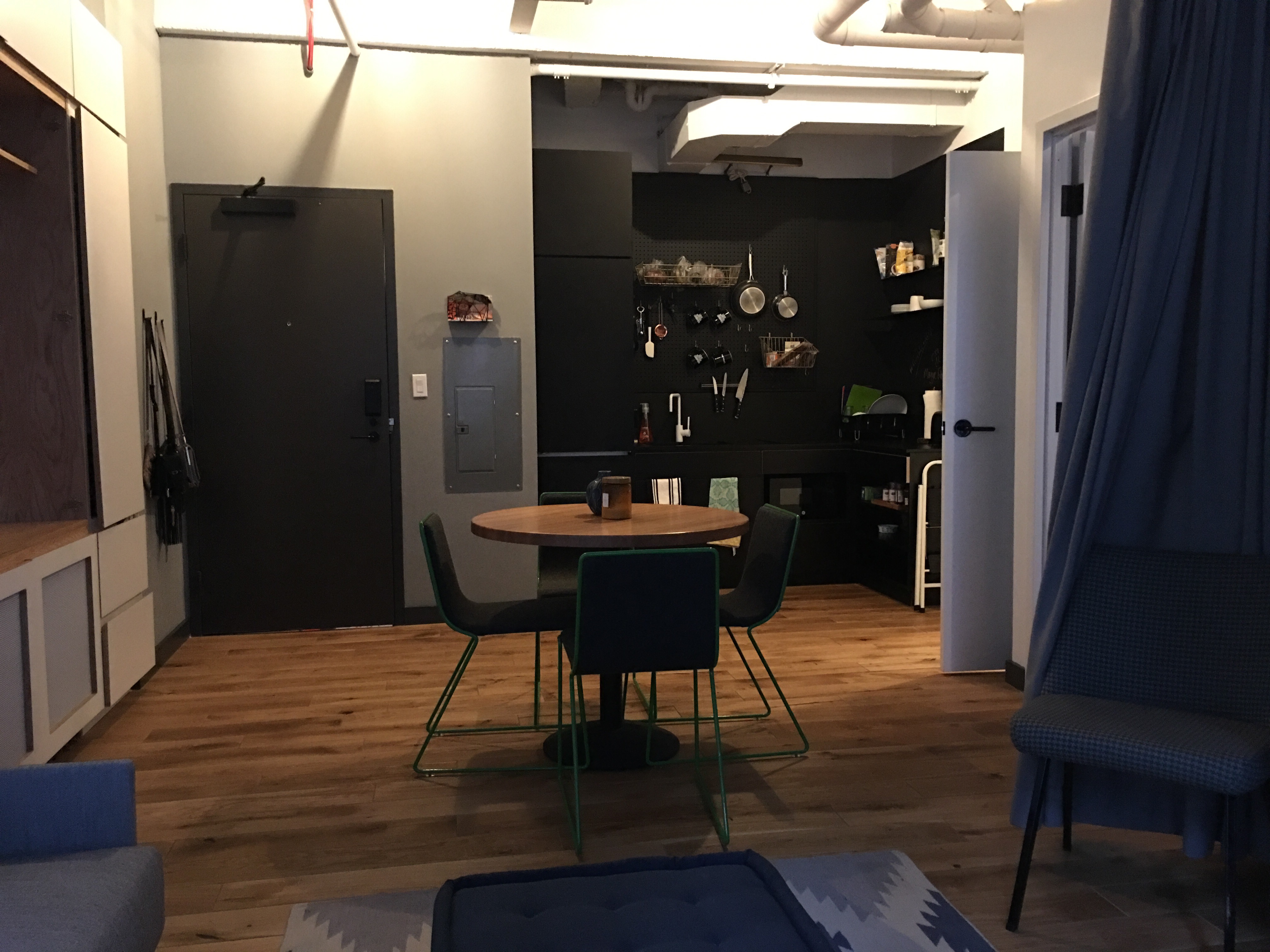 A sample one bedroom (2 beds, one murphy!)

One floorâ€™s communal kitchen. There was a chef there that night making pasta. 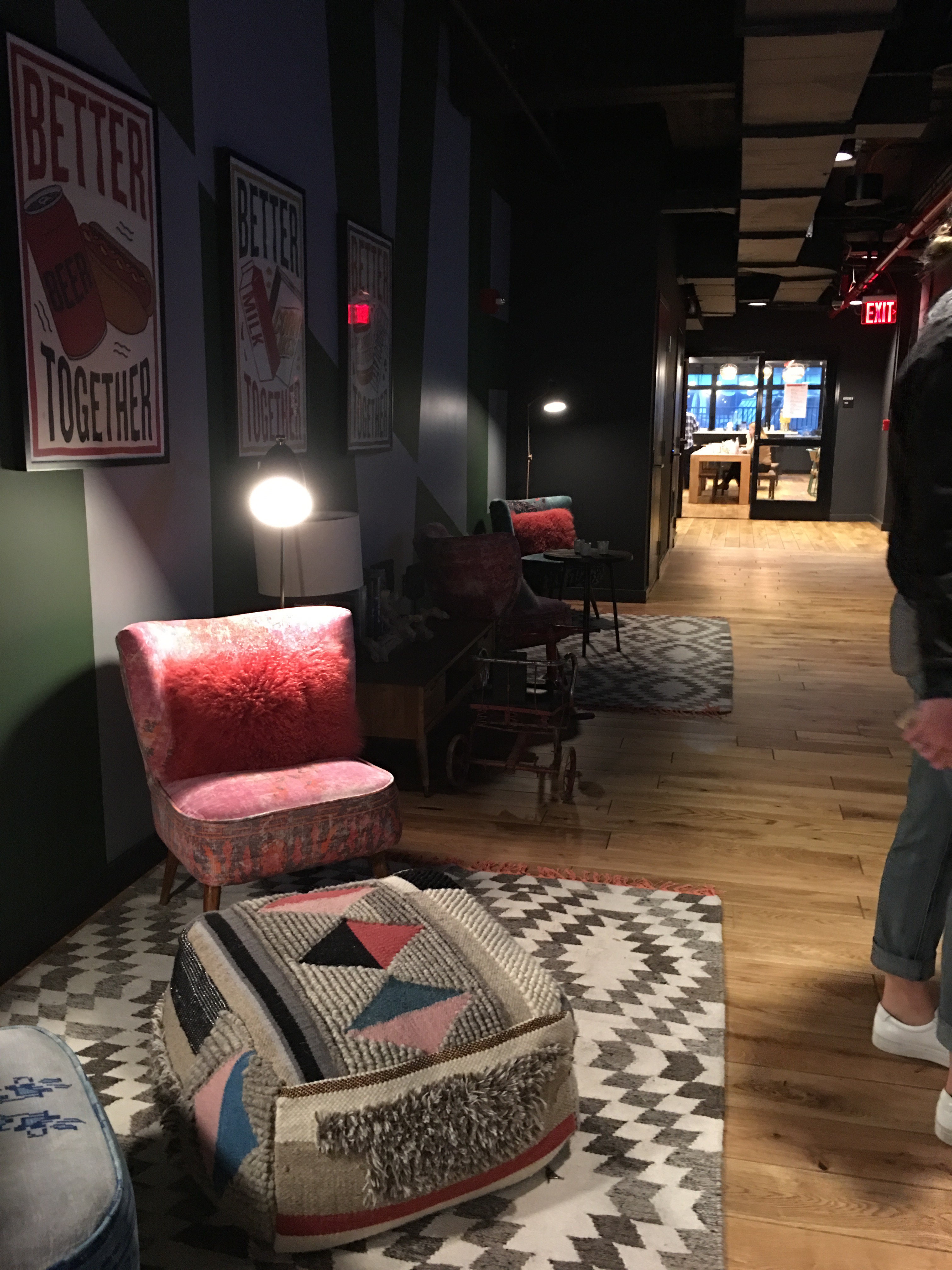 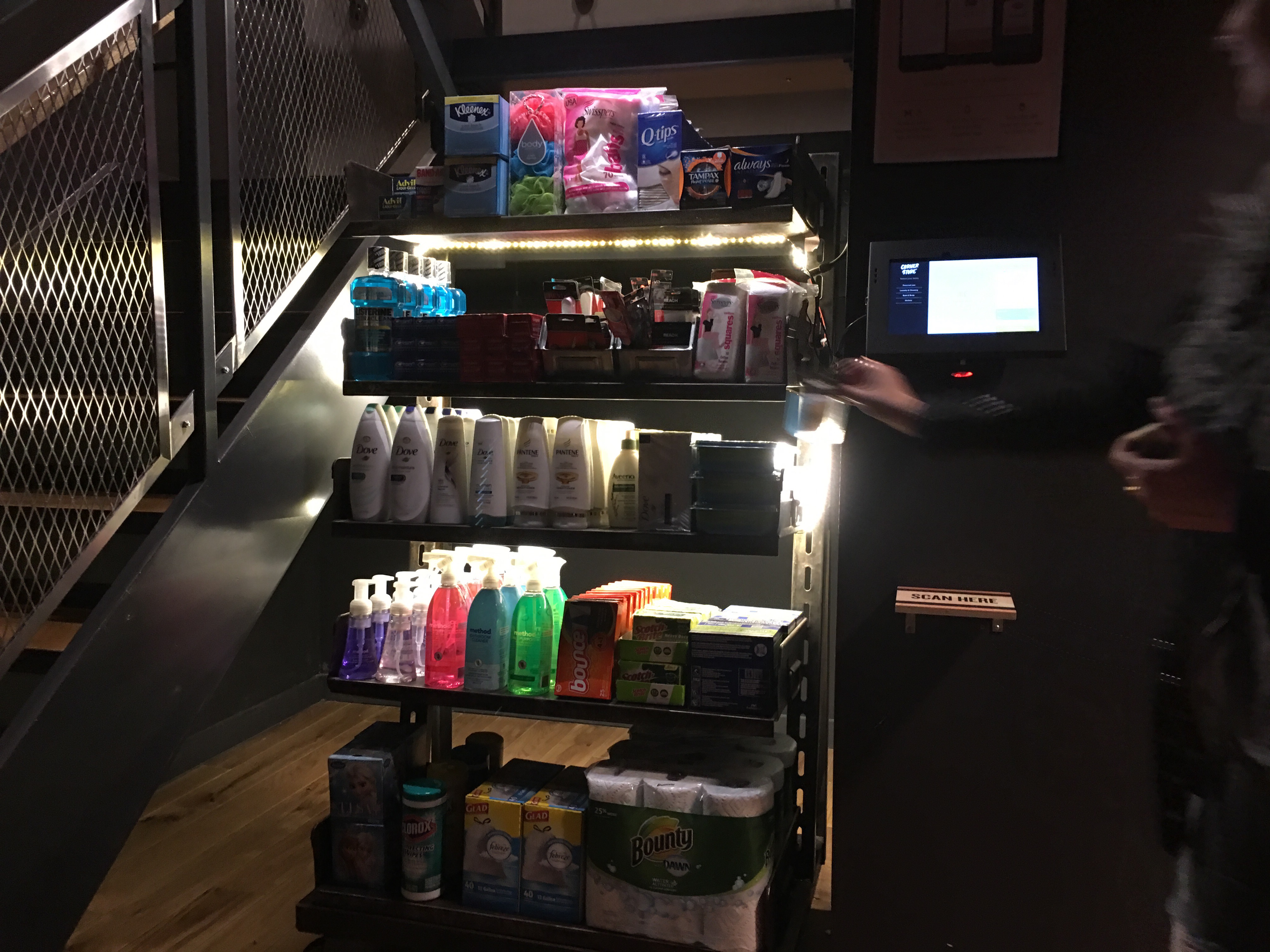 Self checkout mini shop for apartment basics. Run on the honor system. 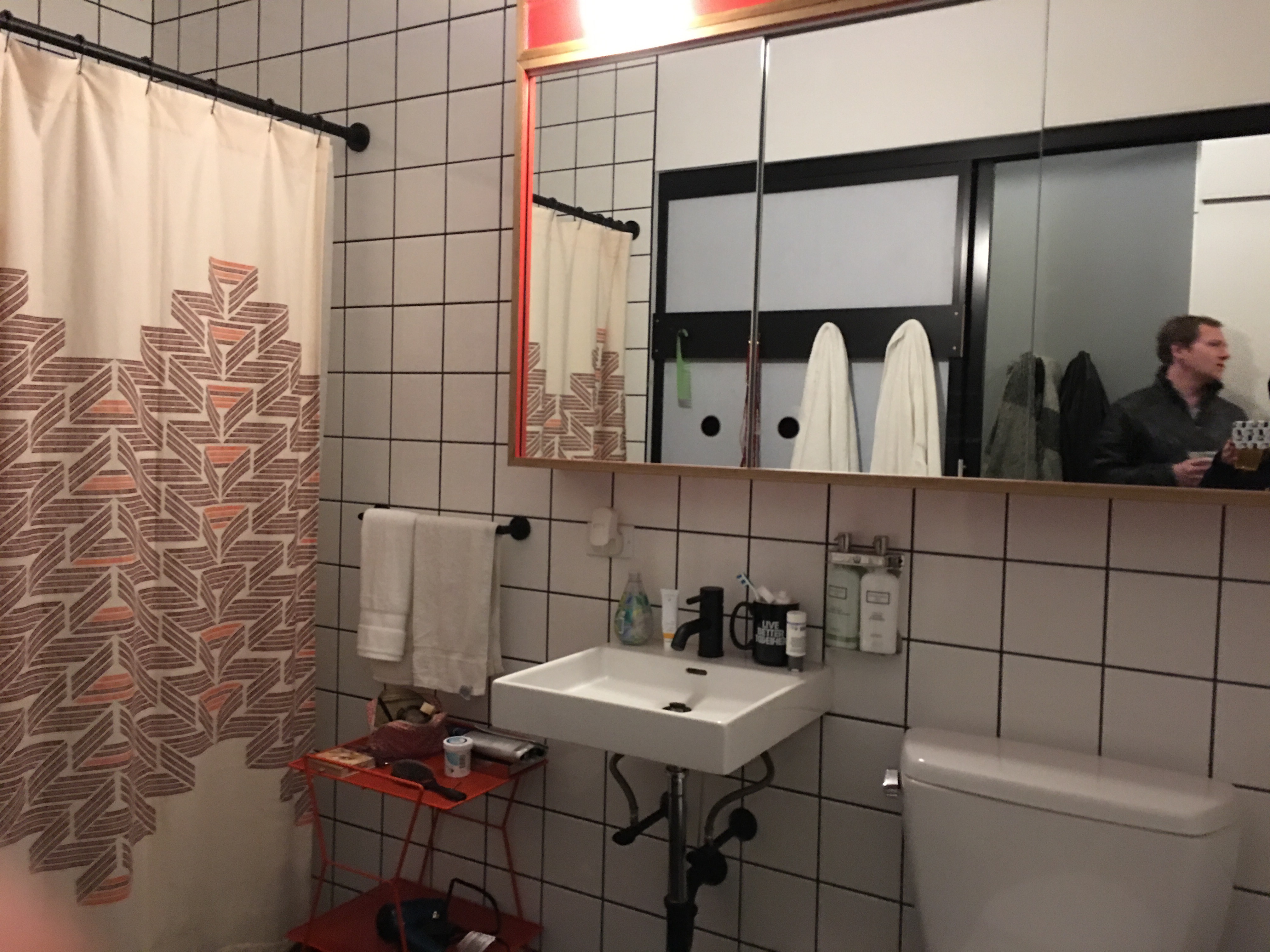 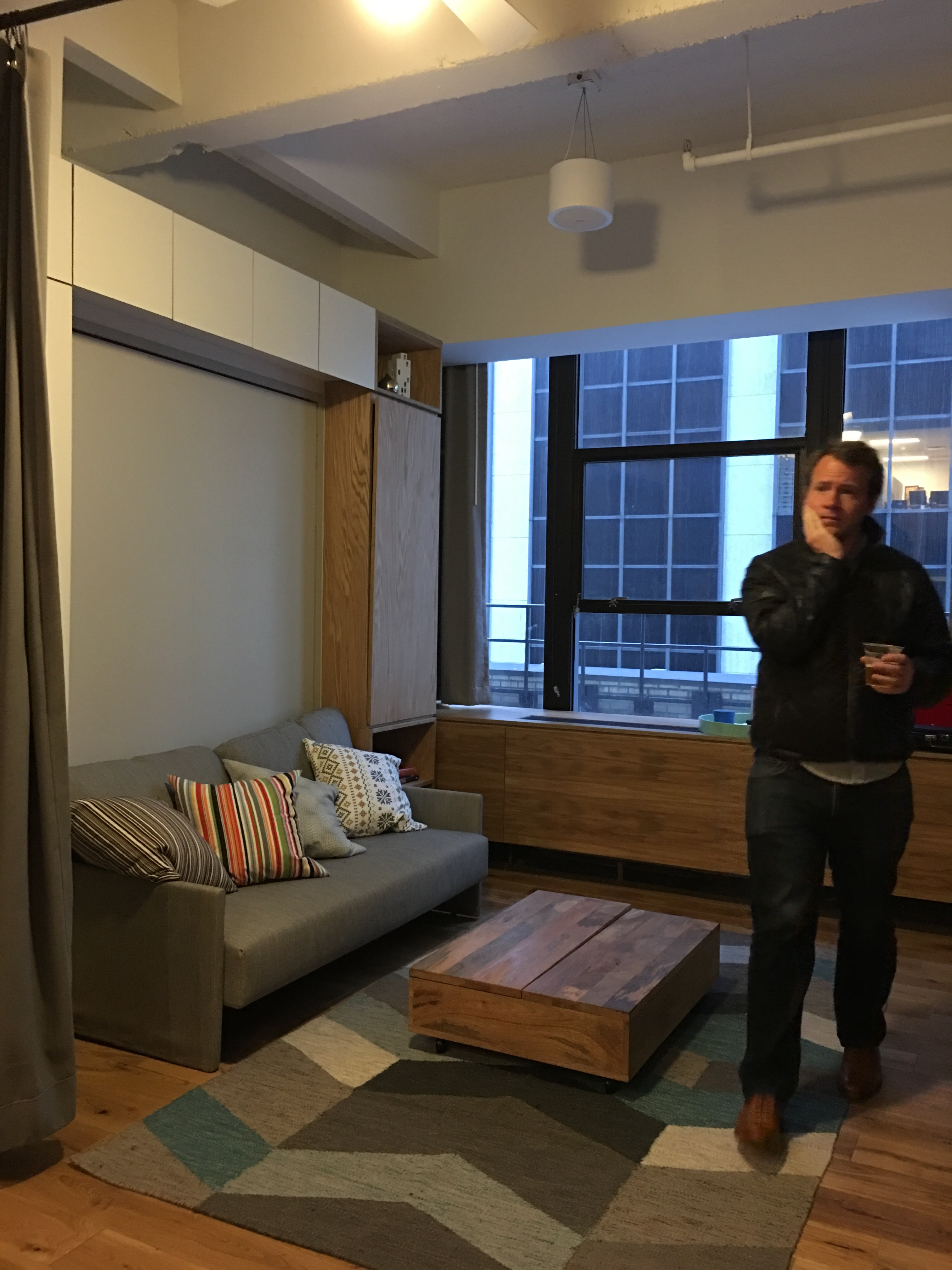 Â  This studio is howww much??? 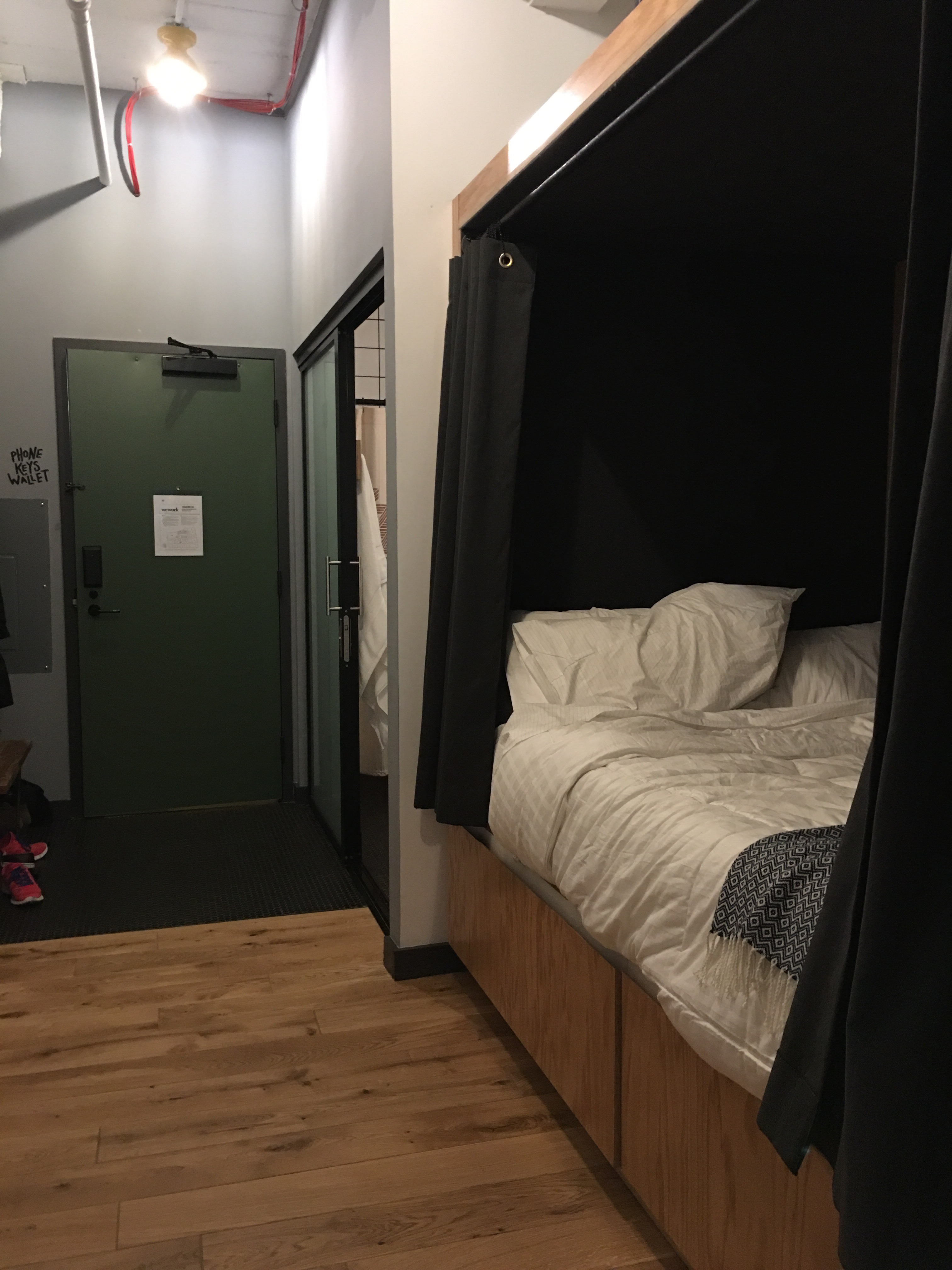 This apartment had a bedÂ nook!
Thursday I tagged along to a pre-screening of the first couple episodes of Silicon Valley. I didnâ€™t realize that there was a drinks and networking happy hour for investors before the screening â€“ that was an incredibly awkward hour.

Afterwards we hit up a ramen place nearby. They had this fun berry jelly sake on the menu. At the table they shake it up, breaking up the jello into chunks. Not really a drink, more like a slippery boozy dessert. 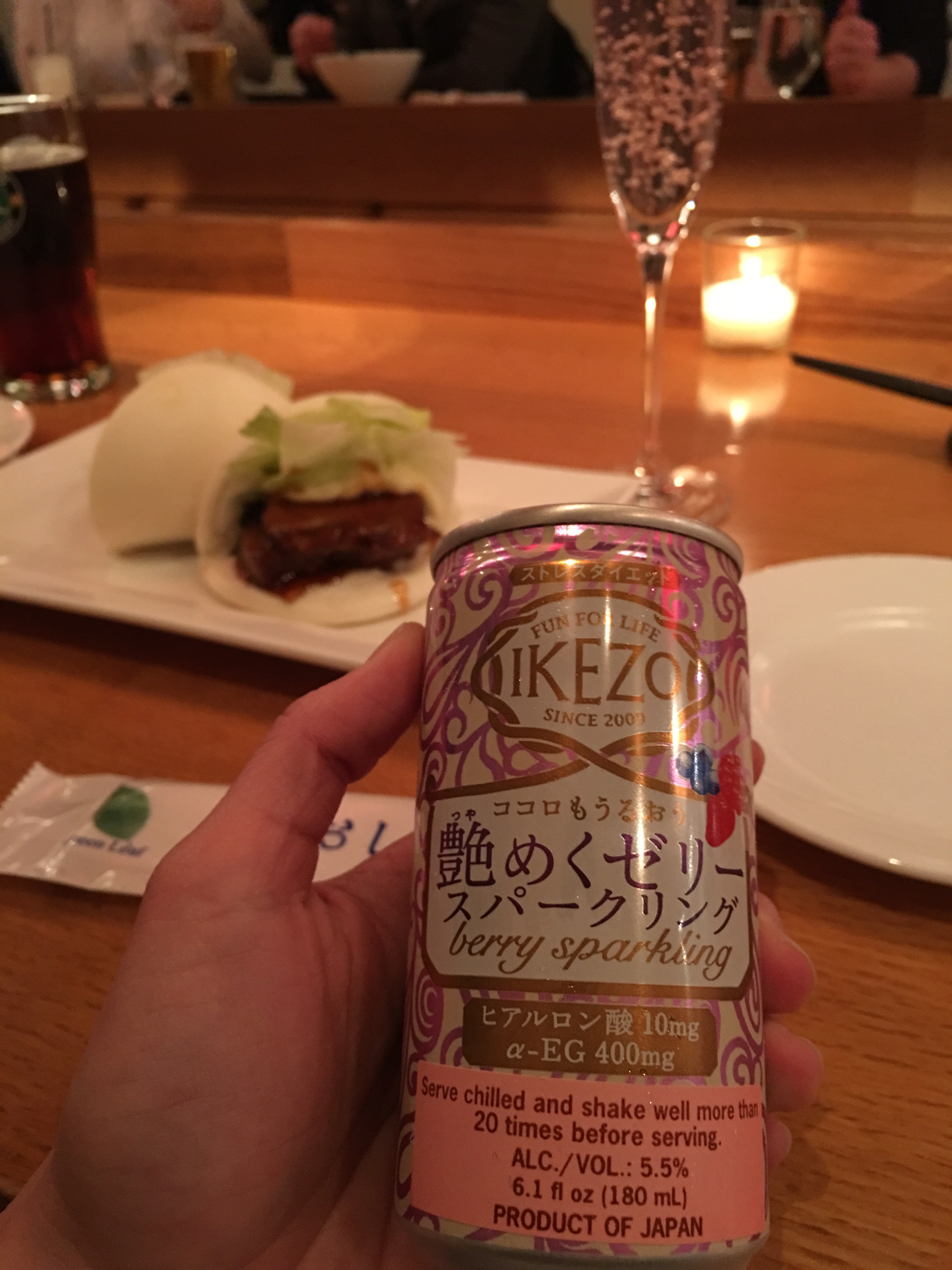 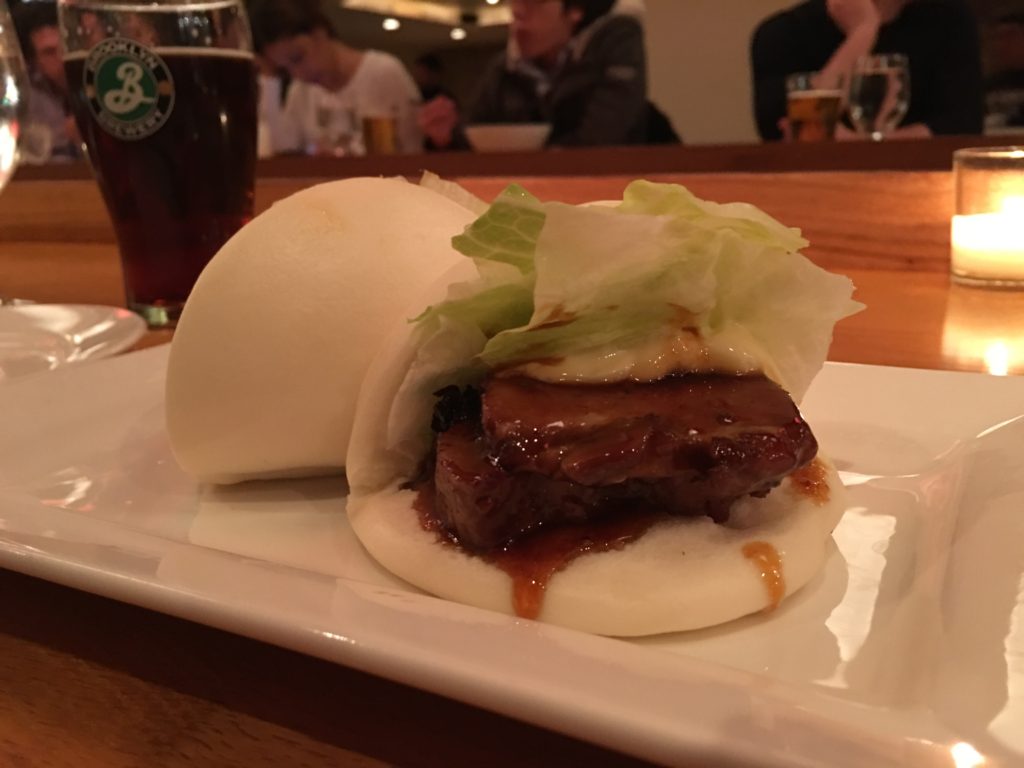 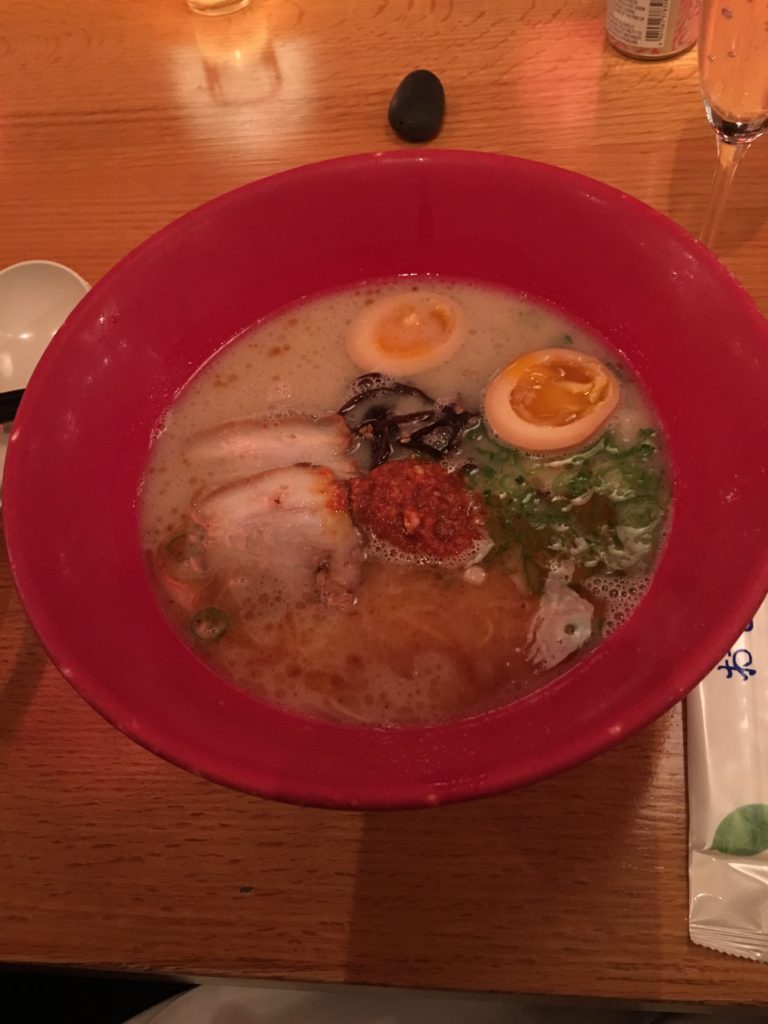 The ramen was tasty, but food has been hit or miss so far. 4 stars on Yelp isnâ€™t 4 stars in San Francisco, letâ€™s say that. I was disappointed quite a few times, but probably because I kept trying to save money by going for ethnic food, but I was inexplicably drawn to places that were too trendy or not totally shithole-in-the-wallsâ€¦â€¦ banh mi, Thai, and oh geezâ€¦ burritos. Why did I get a gringo burrito???

Because I wanted to sit in the cute airstream, thatâ€™s why. 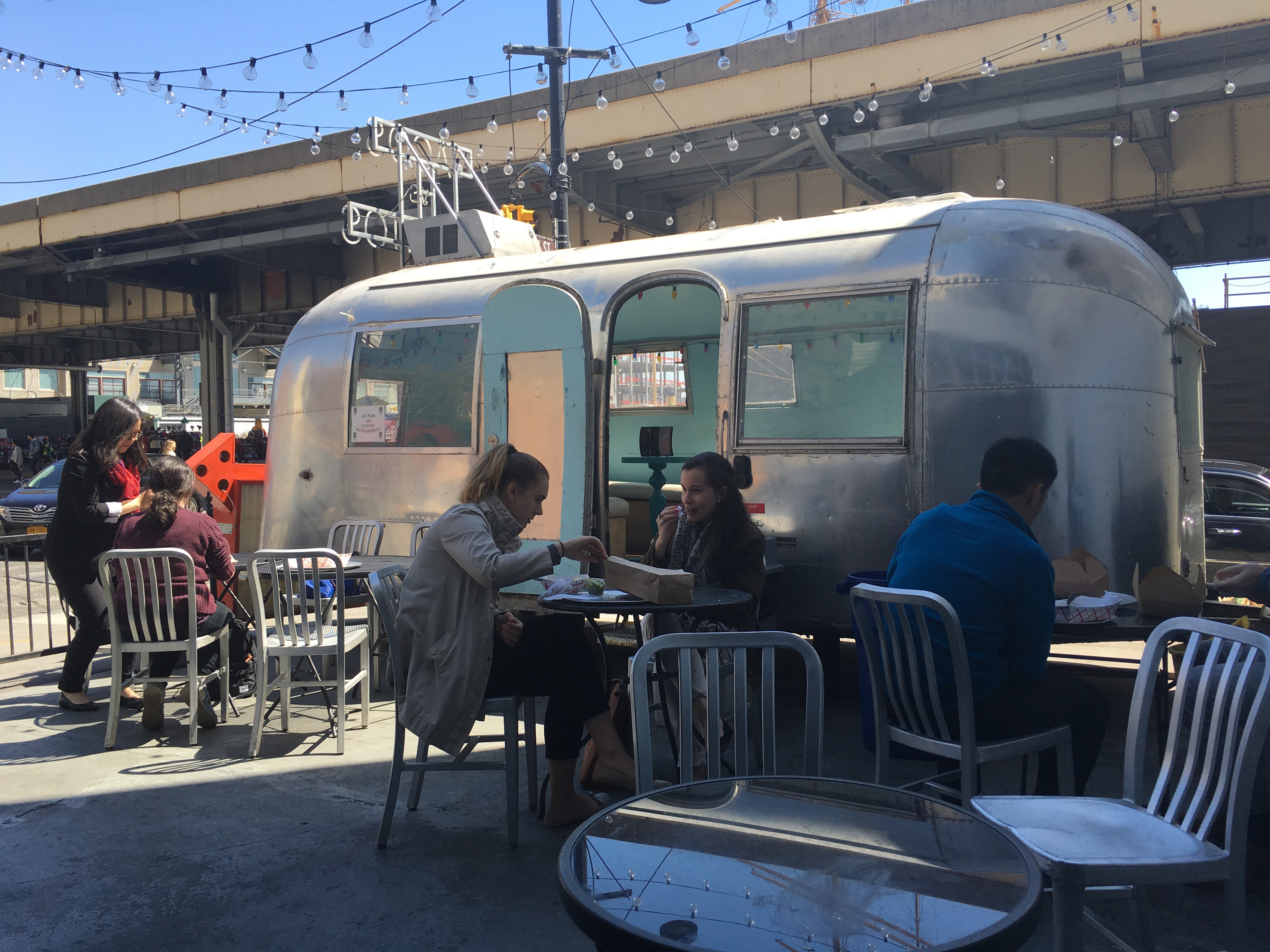 This burrito was incredibly disappointing, but oh well. Is it bad that I was disappointed as soon as I realized that the burrito didnâ€™t weigh three pounds and was only the size of my very small hand? LOL Burrito amateurs. 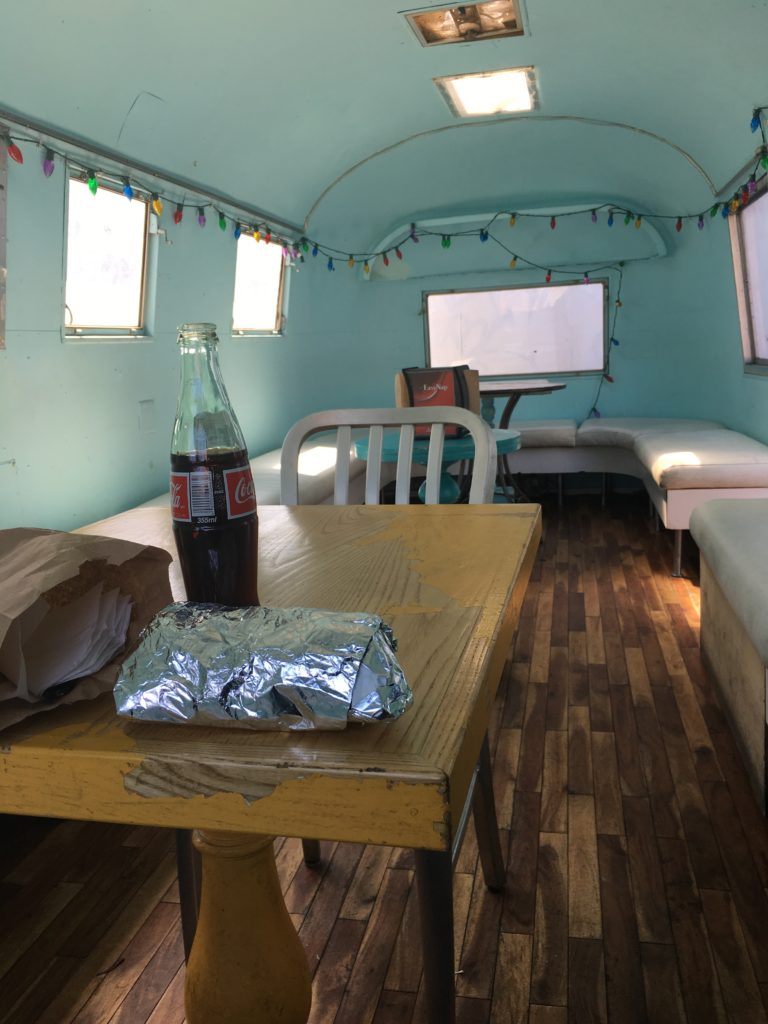 Previous: Hump Day
Next: Phillin’ Myself : Fatty food in Philly